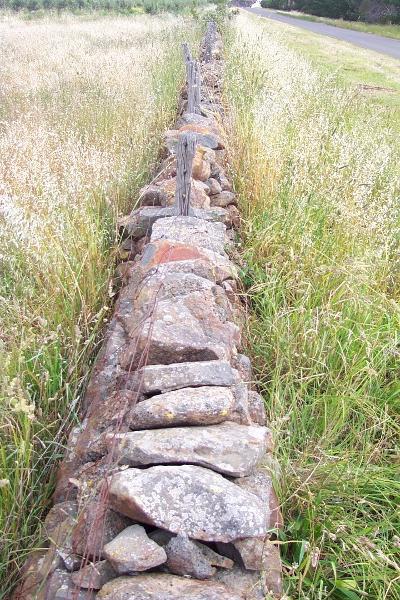 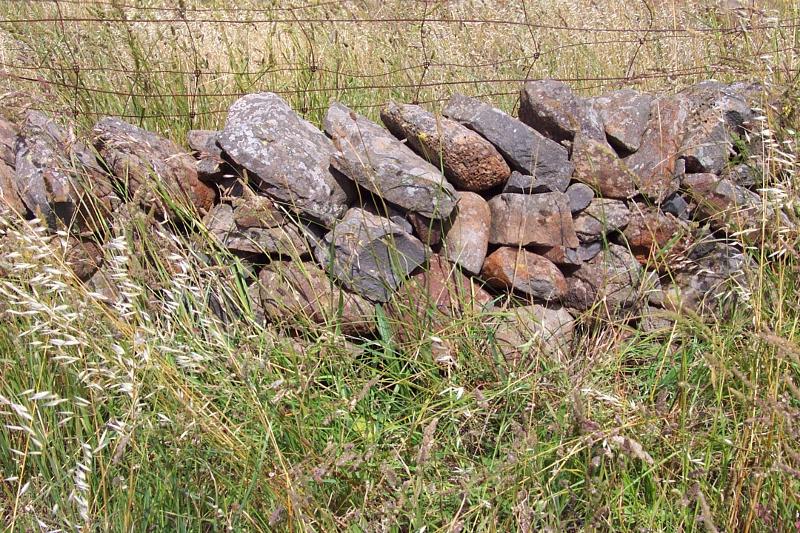 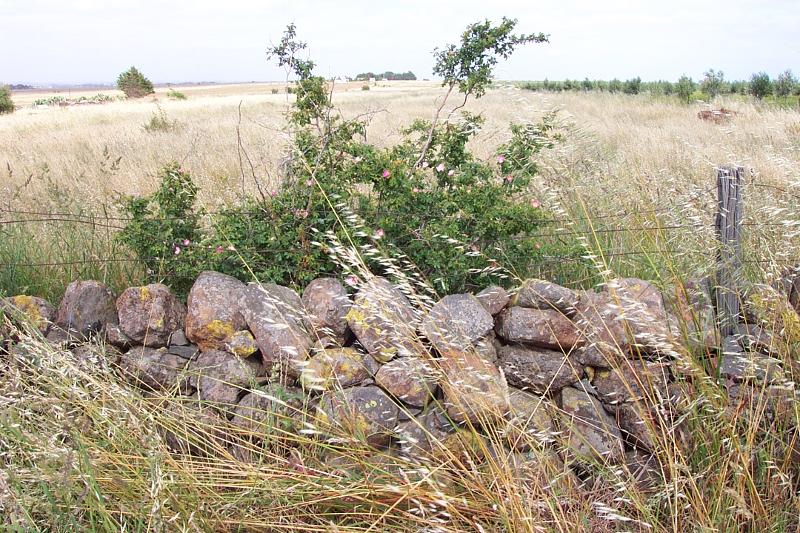 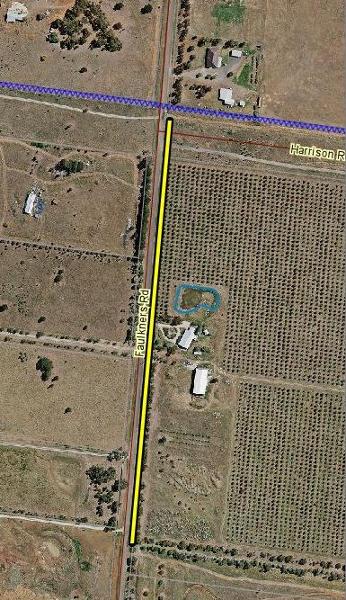 The Mount Cottrell Dry Stone Wall Precinct is a group of characteristic and distinctive Shire of Melton walls built c.late 1850s to 1870s. The precinct is significant at the LOCAL level for its contributory association with the geologically and historically significant Mount Cottrell; for its demonstration of rural settlement patterns; for its association with Victoria's seminal pastoral industry and in particular the Clarke family; for its association with several small farms whose wall styles and patterns contrast to those of Clarke; for its other historical associations, including post-contact conflict between the native and invading populations, gold-rush land speculators, Melton's first pound, and the issue of closed roads on pastoral estates; for its demonstration of skilled craftsmanship; and for its potential to provide both research and educative information regarding nineteenth century farming and pastoral practices on Melbourne's western plains. The precinct has significance for the views to and from the summit of Mount Cottrell over endangered volcanic grasslands, and remnant bushland to the west.

The Mount Cottrell Dry Stone Wall Precinct is historically significant at the LOCAL level (AHC A3, A4, B2, D2). It is associated with Mount Cottrell, a landmark for the Port Phillip explorers, named after one of the members of the Port Phillip Association, and was later infamous for the site of the murder of Charles Franks. The precinct demonstrates, in the arrangement of walls and farms, the early pastoral and farming settlement patterns of Melbourne's western plains. It is significant as probably the best collection of walls expressing the Shire's nineteenth century pastoral industry, and in particular the Rockbank station, part of the estate of WJT Clarke, and his son Sir WJ Clarke. Wall F96 is the most substantial dry stone wall associated with WJT Clarke. The Mount Cottrell Road walls are of historical significance for their association with George Scarborough, and the first pound in the Melton district which operated between 1854-57.

The precinct is also expressive of the role of gold-rush land speculators in the early development of the Shire; the walls constitute the only remaining evidence of the subdivision patterns established by these speculators. Most of the precinct's walls are composite stone and post & wire, and express the historical diversity of dry stone wall construction in Victoria, and are representative of the dominant type of wall in Melbourne's west. The partly dry-stone-wall lined dam on Mt Cottrell Road is a characteristic feature of the Shire of Melton.

The Mount Cottrell Dry Stone Wall Precinct is aesthetically significant at the LOCAL level (AHC E1). The commanding views from Faulkners Road and the summit of Mount Cottrell across the grassland plains to Port Phillip, is evocative of the C19th cultural landscape which drew settlers to the area. The dry stone walls which cross the landscape in regular enclosure patterns make a fundamental statement about human interaction with the volcanic landscape of which they are a part. Some of the individual walls, in particular Wall F96, on Faulkners Road, have excellent sculptural qualities, and are expressive of the skilled craftsmanship of their builders. Wall F96 is the most finely built and intact all-stone wall of orthodox construction remaining in the Shire. The broad slopes of Mount Cottrell are a dominating feature of the plains landscape as far away as Tarneit to the south and Melton to the north-west. The volcanic grassland plains and the dry stone walls preserve flora and fauna which is regionally rare and endangered. The remnant areas of bushland to the west in Bushs paddocks and Pinkerton forest, in combination with the grasslands and dry stone walls, preserve elements of the C19th pastoral landscape which is becoming increasingly rare.

The Mount Cottrell Dry Stone Wall Precinct is scientifically significant at the LOCAL level (A1, C2). The precinct demonstrates the volcanic origin of the landscape, and is associated with Mount Cottrell, which is the best example in Victoria of a lava shield volcano with a lava cone forming its summit. The walls have the potential to yield research information regarding wall construction techniques, nineteenth century rural settlement patterns and farm management, on Melbourne's western plains. The remnant volcanic grasslands and bushland retain landscapes which are under threat and preserve flora and fauna which is increasingly rare and threatened.

The Mount Cottrell Dry Stone Wall Precinct is socially significant at the LOCAL level (AHC G1). The precinct has the potential to educate the community in regard to wall construction techniques, and also nineteenth century farm management, settlement patterns, and ways of life on Melbourne's western plains. Both Wall F96, and the former Scarborough farm complex on Mount Cottrell Road were identified as being of the highest significance in a pioneering 1990 heritage study of dry stone walls in Melbourne's west.