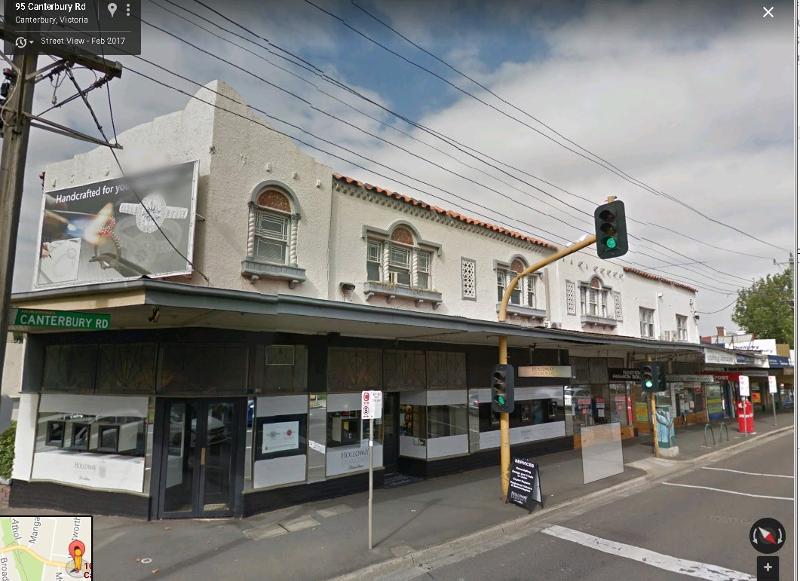 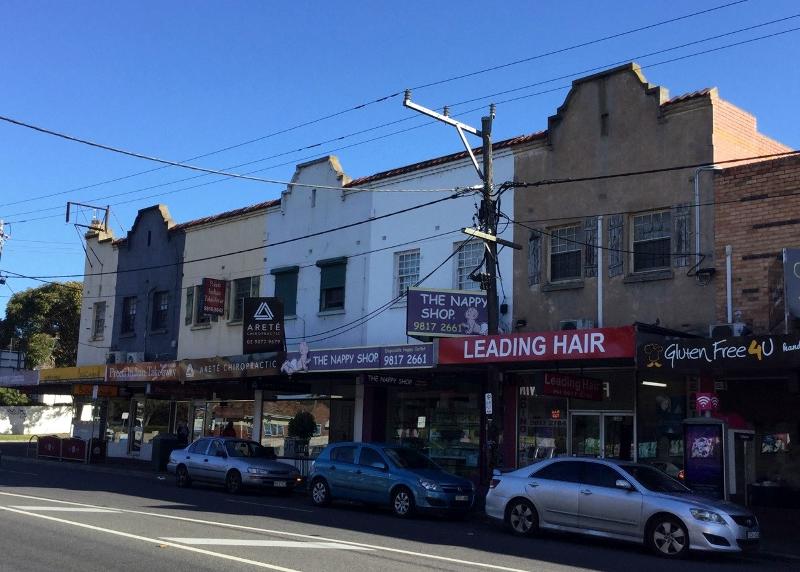 The Burke Road Commercial Precinct, at 1333-1363 Burke Road, Kew and 1046-1060 Burke Road, Balwyn, is significant. The first cluster of six shops in the Spanish Mission architectural style were built in 1931-33. The two rows of eight shops on either side of Burke Road were built to similar Art Deco designs in the immediate postwar period, in c.1948-50. The corner shop at no. 1363 was the last to be built in 1954.

The 1954 shop designed by architect John Tovey is individually Significant, and this is recognised in the HO (HO607). The remaining shops are Contributory.

The Burke Road Commercial Precinct is of local historical, architectural, and aesthetic significance to the City of Boroondara.

The shopping precinct at 1333-1363 Burke Road, Kew and 1046-1060 Burke Road, Balwyn, is of historical significance for demonstrating the development of smaller shopping strips in response to the interwar expansion of Kew. Smaller shopping strips like the retail strip on both sides of Burke Road catered to the growing needs of the new residents in the immediate vicinity, where walkability and, after WWII, increasing car ownership were key aspects. (Criterion A)

Architecturally, the shops in the Burke Road Commercial Precinct are significant for their ability to demonstrate typical and cohesive forms of interwar commercial/retail buildings, built to front and side boundaries, forming a continuous street wall, with roofs hidden behind parapets. The cohesive character of this Precinct is enhanced by the limited architectural styles of the shops, the three large groups of shops, and the high degree of intactness of all their upper storey facades. The high degree of visual and architectural cohesion of the Burke Road Commercial Precinct distinguishes it from other comparable commercial precincts in Kew, where the built form and overall character is typically more mixed. (Criterion D and E)

The interwar and early postwar-era shops demonstrate features representative of predominantly only two architectural styles: the interwar Spanish Mission style for the row of six shops at 1333-1343 Burke Road, and interwar Art Deco for the two rows of eight shops, at 1345-1359 and 1046-1060 Burke Road. The two corner shops at the northern end at nos. 1363 and 1060 and the corner shop at no. 1333 at the southern end are designed to address their corners and create gateways into the Precinct. (Criterion D)

Aesthetically, the single-storey corner shop and offices at 1363 Burke Road, designed by architect John Tovey in 1954, is significant, and this is recognised by its listing as an individually significant place in the HO (HO607). (Criterion E)

For a full list of the individual gradings within the precinct, please refer to the attached PDF citation, or the child records.