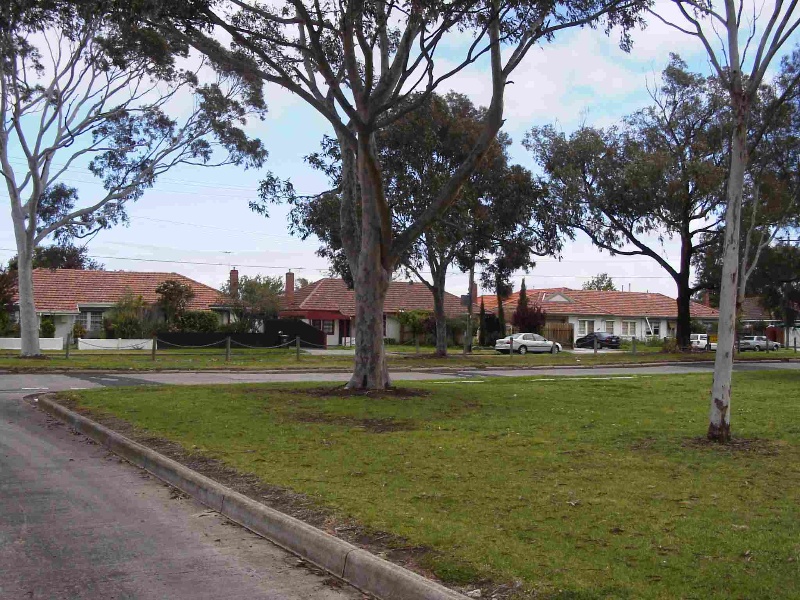 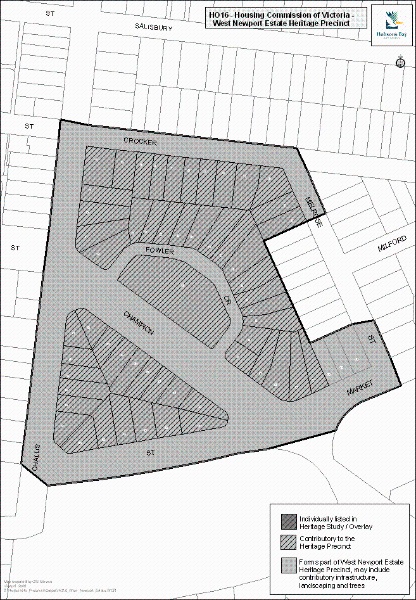 The Housing Commission of Victoria (HCV) West Newport Estate Residential Heritage Precinct, designed and constructed by the HCV between 1945 and 1960 and comprises all land in HO16 and is generally bounded by Challis Street, Croker Street, Market Street and Melrose Street, Newport.

The HCV West Newport Estate Residential Heritage Precinct is of local historic and aesthetic significance to the City of Hobsons Bay.

Historically, it is significant for its strong associations with the Housing Commission of Victoria as one of a small number of housing estates built in Victoria during the WW2 period and is notable as the first HCV estate to use the Fowler prefabricated concrete products from the Holmesglen factory, which symbolised a change in direction of the HCV from slum reclamation to provide low-cost mass-produced housing on green fields sites. (AHC criteria A4, B2 and H1)

Aesthetically, it is significant as one of the best-preserved early HCV estates in the City. It is notable for its strong visual homogeneity, which is strongly evocative of the construction period and for the skill of its town planning, using curving streets around a central park off a main road. (AHC criteria D2 and F1)