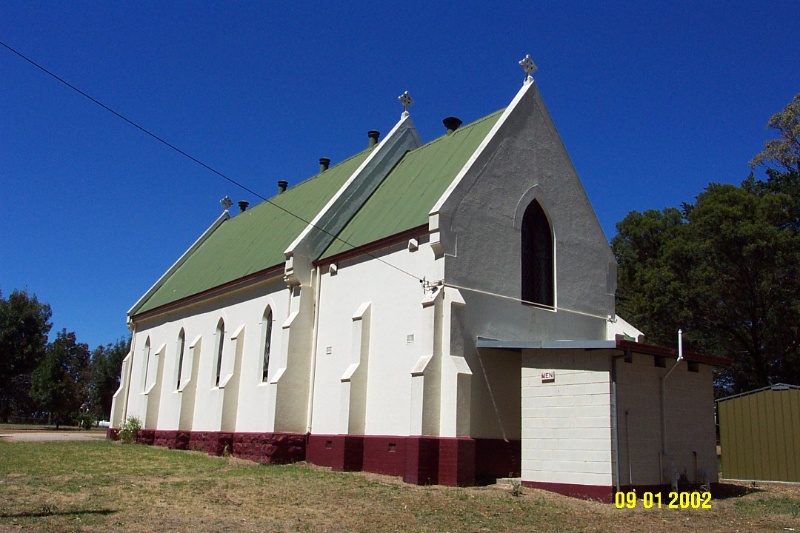 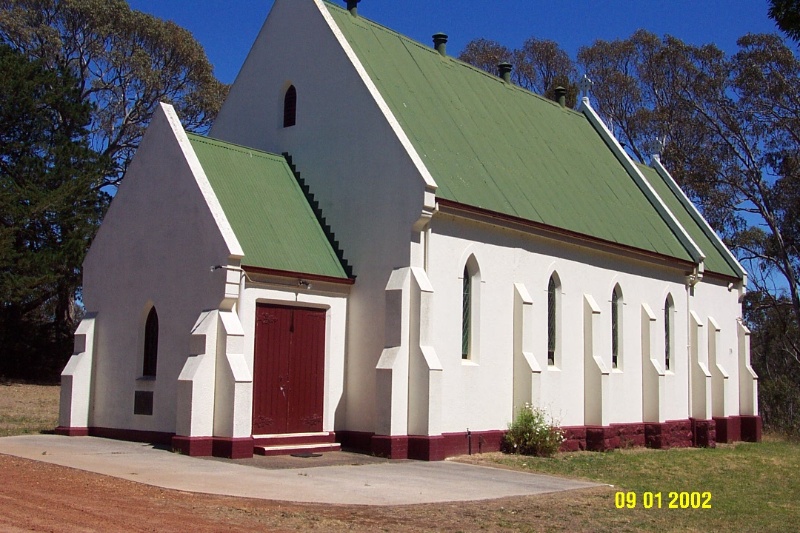 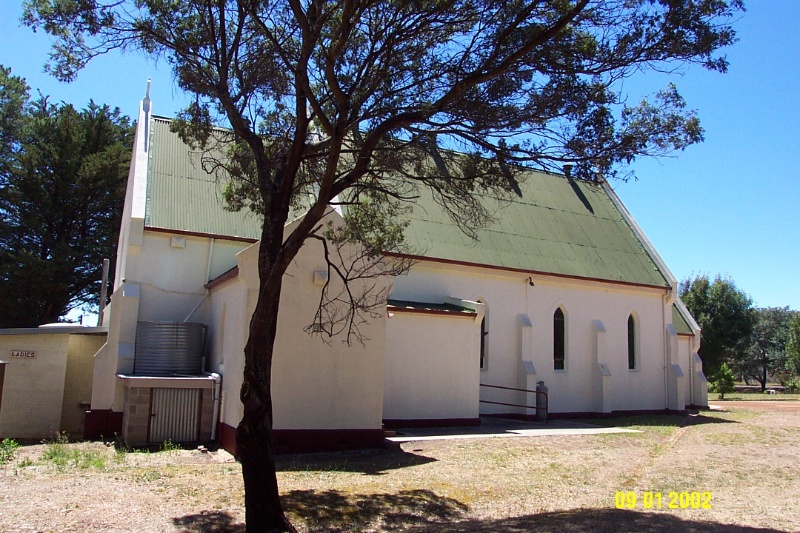 St Patrick's Catholic Church is located on the northern side of the Coleraine-Balmoral Road, about one kilometre from the centre of the township of Balmoral. A simple rendered church, constructed from locally made bricks, St Patrick's is built in the Gothic revival style, formerly of three bays, now four, with a narthex or porch and a chancel also added in the early twentieth century. The interiors have been substantially modified in a recent modernisation with the removal of pews and the introduction of carpet being the most obvious changes. The original part of the church dates from 1895, although Catholicism was active in the township well before that time. Prior to the construction of the St. Patrick's, irregular services were conducted by itinerant priests from the Casterton (later Harrow) parish. Mass was held in the various places around the township, including the Mechanic's Institute, Western Hotel and the Court House. The architect of St. Patrick's is not known, but the builder's name was Mr. Wiltshire. The Church retains a high degree of integrity externally and fair degree of integrity internally subsequent to recent modernisation.

How is it significant?
St Patrick's Catholic Church is of historical, social and architectural significance to the township of Balmoral and the Southern Grampians Shire.