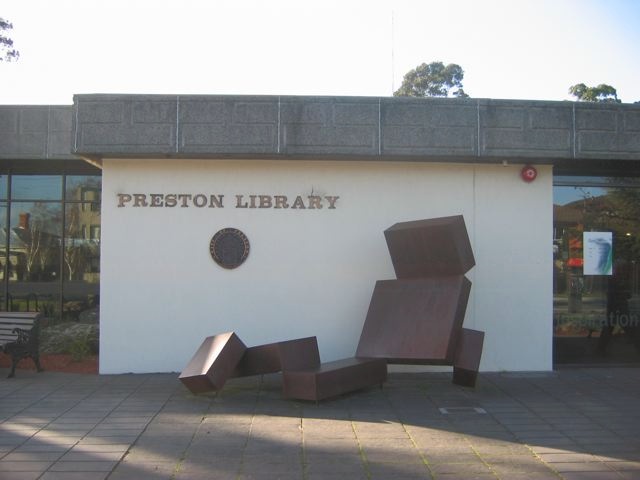 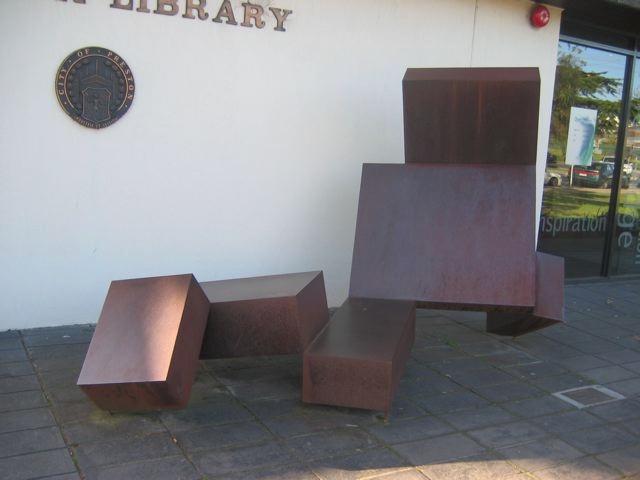 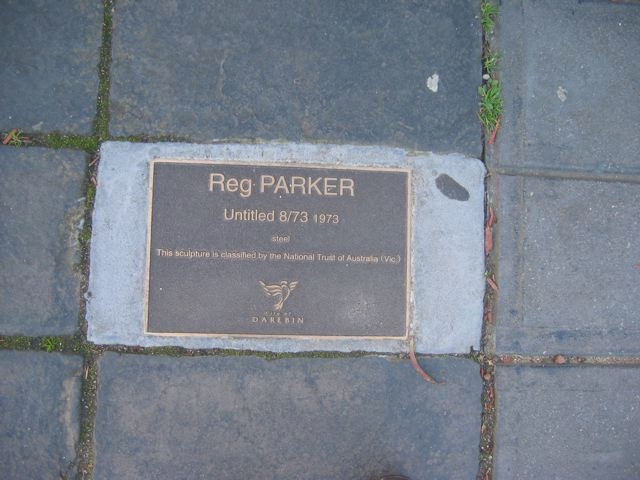 What is significant?
The sculpture Untitled 8/73 at 266 Gower Street, Preston, by Reg Parker was commissioned by the City of Preston at a time when funding was available from the Australia Council for the Arts. It was commissioned in 1973, the same year a replacement Preston Library opened. The abstract mild steel sculpture was designed to have a close relationship with the Library building, in particular the south wall. Located in the forecourt of the library on the south side of the building, the sculpture is in good condition and maintains its close relationship with the library building. The sculpture, its forecourt setting and the relationship between the sculpture and the Library building is significant.

The plaque dating from c.1994 with inscription and City of Darebin logo is not significant.

How is it significant?
The sculpture Untitled 8/73 at 266 Gower Street, Preston is of local historic and aesthetic significance to Darebin City.

Why is it significant?
Historically, the Reg Parker sculpture Untitled 8/73 is significant to the City of Darebin as a relatively early piece of abstract public art, that is important for the evidence it provides of federally-funded visual arts policy under the Whitlam government, the objective of which was to place contemporary Australian art in communities which were overlooked in the past, and from which the City of Preston benefited (AHC criteria A.4). Untitled 8/73 is important for its association with its creator, artist and sculptor Reg Parker, one of the early practitioners in the classic formalist style and an artist of note working in Melbourne and Victoria (AHC criterion H.1).

Aesthetically, the Reg Parker sculpture Untitled 8/73 provides important representative evidence of classic formalist art practiced in 1970s Melbourne, commissioned for public spaces. Untitled 8/73 is unusual in Darebin as an early example of public art. Aesthetically, it is also unusual in Darebin, as an example of public art in an abstract style. (AHC criterion F.1).