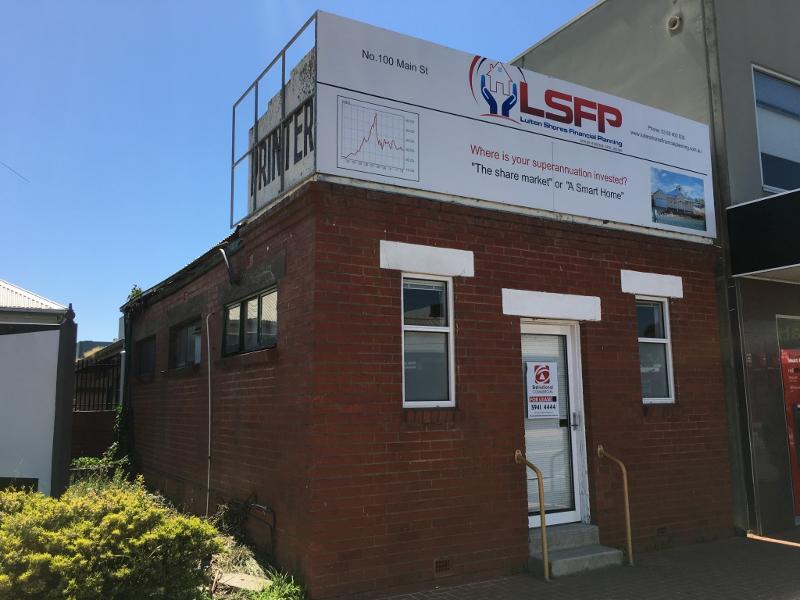 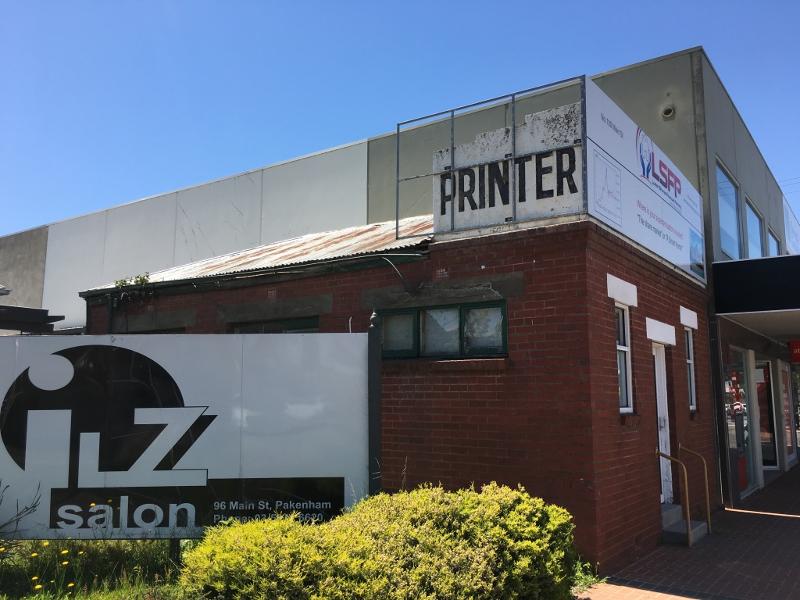 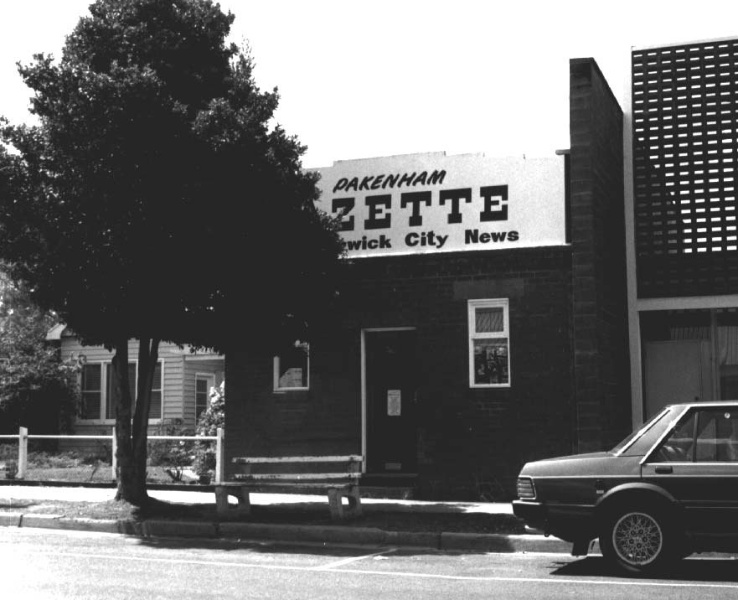 Pakenham Gazette & Berwick City News offices,which date from c 1935, and the earlier associated but altered residence, are significant to the Cardinia Shire as the location of the shire's major district newspaper. From 1918, when the newspaper (formerly known as the Berwick Shire News) transferred to Pakenham, it was recognised as the official organ of the Shire.

The 1935 printing office and the associated residence have historical significance for their associations with the Thomas family, prominent local residents. Albert Ernest Thomas established the newspaper in 1909. Albert's son, H.B.(Herb) Thomas, took over the running of the newspaper in the 1950s, and his son, Ian H.Thomas, took it over in 1979 after his father's death. Beatrice Thomas, who occupied the residence, became Shire Secretary, an unusual position for a woman in the 1950s.

The parapeted red brick offices have significance as among the oldest commercial buildings still externally intact in the Pakenham township.