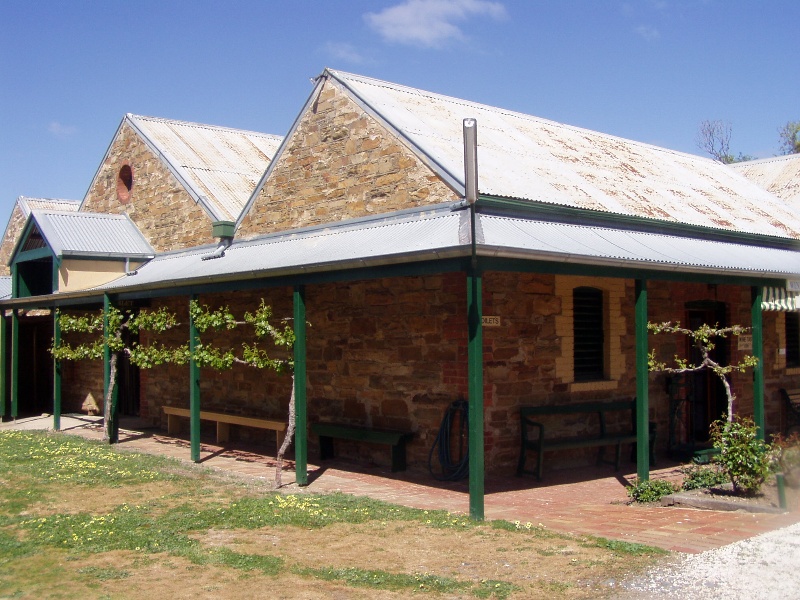 The Château Dore Winery, including all the fabric of the large sandstone buildings of c.1860, and c. 1890, house c.1860, former blacksmith's shop and buggy shed, adjacent grounds including the peppercorn, olive, pecan nut trees and vineyard is significant.

The Château Dore Winery is of local historical, social, technical and architectural significance to the City of Greater Bendigo.

Château Dore Winery is historically significant as an example of a range of agricultural industries that were introduced into Victoria by European immigrants, and fostered as a result of gold mining. The winery is also of historic significance for its long association with the settlement of European vignerons in the region. The De Ravin family, originally from France, are associated with the site from its inception in the 1860s to re-establishment by descendant Ivan Grose in 1975. In particular the winery is notable for its association with founder Jean Theodore De Ravin. De Ravin, together with John Billman and John Hargreaves, saw an opportunity to provide the gold diggings with local produce. De Ravin was also a prominent member of the local community, and was associated with more than forty mining companies.

The replanting of vines at Château Dore Winery is also important for its contribution to an understanding of an ongoing tradition of grape growing in the Bendigo region and the setbacks associated with the Phylloxera vastatrix outbreak in nineteenth century Victoria. Criterion A

Château Dore is of aesthetic significance as a rare and substantial group of winery buildings. Although the verandah and red and cream brick porch at the front are recent additions in complementary style, the original buildings, which date from the 1860s, are in good condition. Originally built of local sandstone with a timber shingle and later corrugated iron roof, the large group of stone buildings is architecturally and aesthetically significant as a substantial and distinctive winery complex. Criterion D.

The Château Dore Winery is also of scientific (technical) significance for its demonstration of nineteenth century agricultural and wine making infrastructure. Criterion F