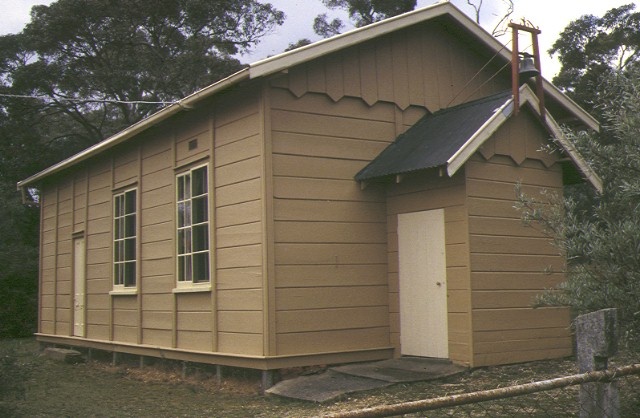 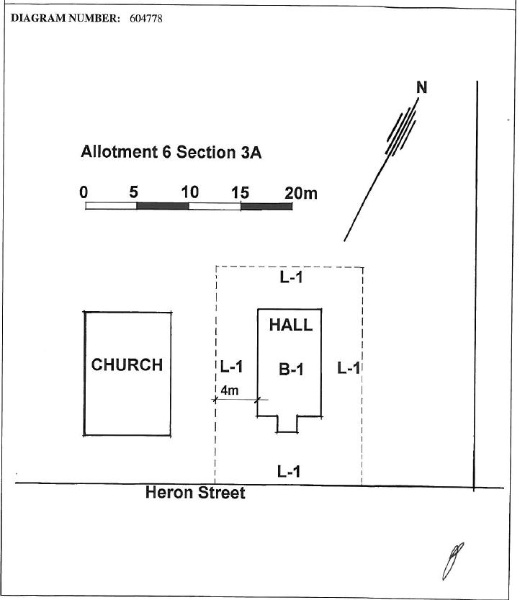 The Fryerstown Methodist Church Hall is a prefabricated timber building of a type which was used for Courthouses and Gold Warden's offices in the goldfields in the mid to late 1850s. The original use and position of the building is uncertain, but it has probably been on this site since at least the early 1870s. Only three other examples of this type remain, none of which are in such good condition - the former Ararat Gold Wardens Office (now at Cardigan), the former Moliagul School and the former Skipton Court House. The "old style portable" schools of the late 1870s, such as Kerrie Primary School, used a similar semi-panelised construction technique, though with quite different layouts and dimensions.

The simple timber hall with unlined iron gable roof is 33 foot long by 19 feet wide, divided into a large and small room, with a central gabled porch at one end. The walls are constructed of short lengths of horizontal shiplap boards dropped between rebated posts and held in place by cover mouldings. The timber vertical sash windows fit the full width of the panels. The walls are unlined on the interior, with exposed diagonal timber bracing cut in to the posts. Panel size between posts varies to accommodate windows. The eaves are clad with vertical tongue and groove boards of similar dimension to the walls, with alternate lower ends cut to a point to create a decorative effect.

The Fryerstown Methodist Church Hall is of architectural importance to the State of Victoria.

The Fryerstown Methodist Church Hall is of State importance as a rare example of a timber prefabricated building of a type used as courthouses and gold warden's offices in the late 1850s. The Hall displays the simplicity and adaptability which were characteristic of buildings provided by Government in the 1850s goldfields, where populations were too temporary and shifting to justify investment in more substantial buildings. The Hall is the most intact and unaltered of the few remaining examples of this prefabricated timber building type.