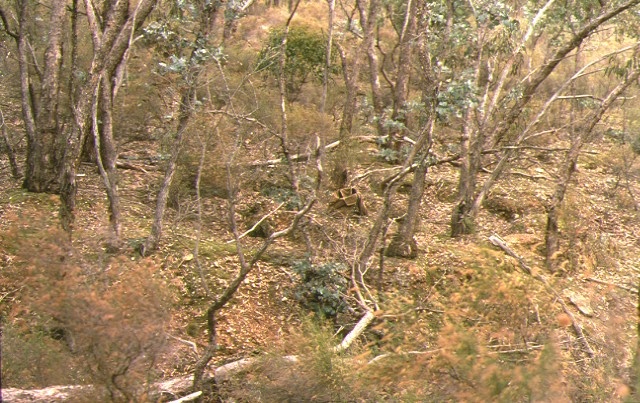 The Cobblers Gully Gold Puddling Site consists of the remnants of one puddling machine complete with an adjoining water dam. The site is located at the head of the gully. The gully's middle reaches are particularly rich in significant mining relics from past alluvial and quartz gold operations. The puddling machine site is a good characteristic example of the puddling technology developed in Victoria from 1854 in response to the need to process enormous amounts of clayey soil which needed to be broken up to get at the gold. Horses were used to drag harrows around a circular ditch in which the soil and water were mixed.

The Cobblers Gully Gold Puddling Site is of historical, archaeological and scientific importance to the State of Victoria.

The Cobblers Gully Gold Puddling Site is historically and scientifically important as a characteristic and well preserved example of a site associated with the earliest forms of gold mining which, from 1851, played a pivotal role in the development of Victoria. Puddling machine technology is particularly important in the history of Victorian gold mining as the only technology or method developed entirely on Victorian goldfields.

The Cobblers Gully Gold Puddling Site is archaeologically important for its potential to yield artefacts which will be able to provide significant information about the cultural history of gold mining and the gold seekers themselves.