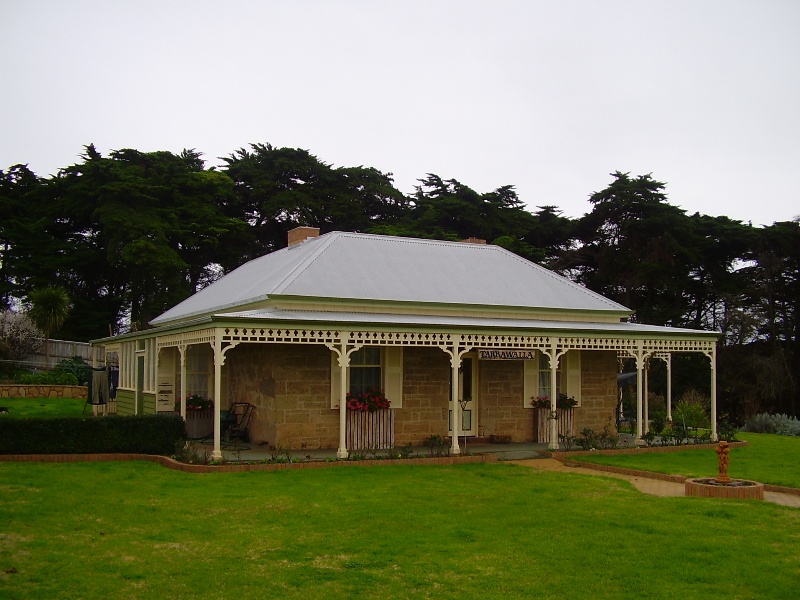 What is significant?
Tarrawalla, located at 1027 Bridgewater Road, Portland West is a simple symmetrical stone house, located on a rise. The house is located on the site of the 1864 Bridgewater Pound, and may be, at its core, the original four roomed stone house built as the pound keeper's residence in that year. The house has been much altered over the past 140 years, but is in good condition.

How is it significant?
Tarrawalla is of historical significance to the Glenelg Shire.

Why is it significant?
Tarrawalla is of historical significance as the site of the early Bridgewater Pound, dating from 1864. The building may retain at its core the original four roomed pound keepers residence, dating from this period. It is of further historical significance as an example of how subsequent ownership by small farmers in the twentieth century have added to the house in a sympathetic manner, to retain the form, bulk and style of a traditional mid nineteenth century structure.