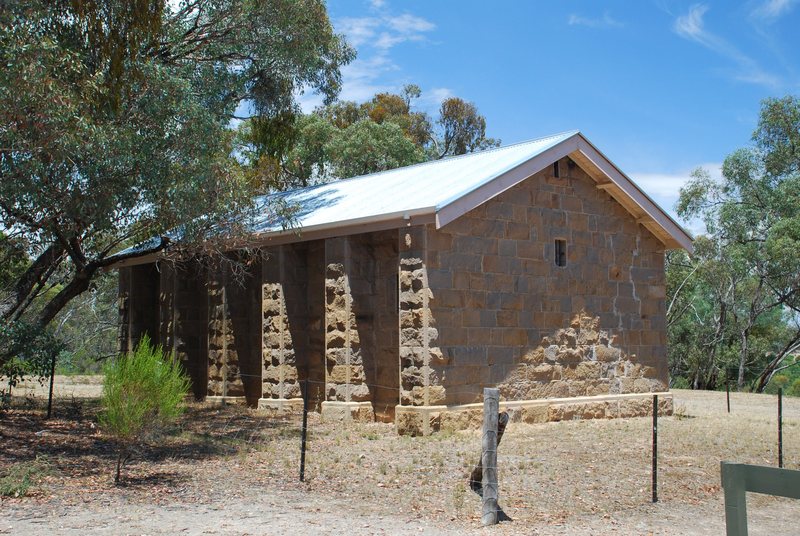 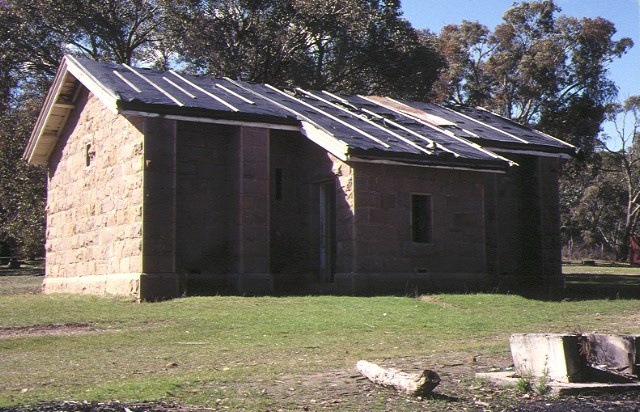 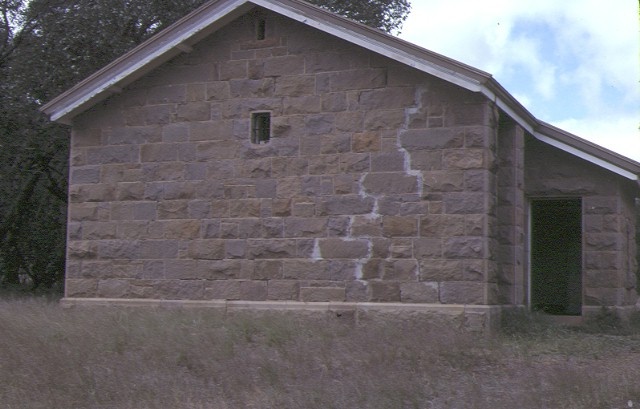 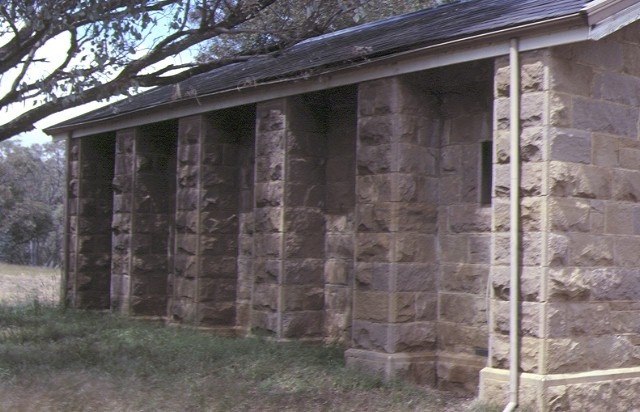 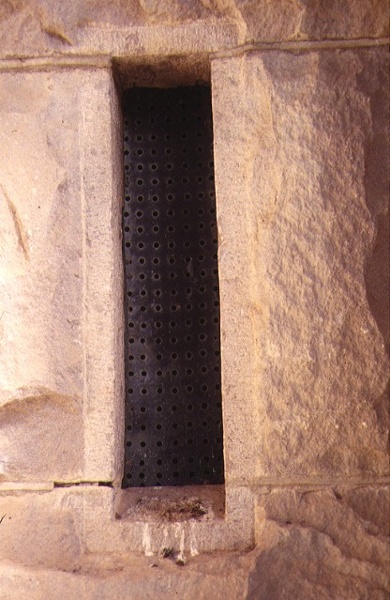 The Act to Regulate the Importation, Carriage and Custody of Gunpowder was passed in 1857 in a period when increasing deep mining for gold engendered a requirement for safe storage of large quantities of explosives. Under the Act, public powder magazines were financed by Government and administered locally. After 1857 over twenty five new magazines were erected in Victoria and older magazines extended. The McIvor diggings, with which the Heathcote Powder Magazine is associated, were a pivotal point of mining activities in the central goldfields area and ensured the development of Heathcote as a township. The Heathcote Powder Magazine was constructed by the Public Works Department in 1864, in high quality quarry faced local stone laid in coursed ashlar. Like several other magazines built during the 1860's, the Heathcote Powder Magazine features a brick vaulted space inside a buttressed rectangular building, with a small used entry and office space. The vault, buttressing and baffled air vents were a manifestation of the (erroneous) belief prevalent at the time that massive masonry would help to contain explosives. The gable roof over the vault was originally of slate. Sawn Oregon racks remain in the main room, together with a two door iron safe with decorative stencilling.

The Heathcote Powder Magazine is of historic and architectural importance to the State of Victoria.

The Heathcote Powder Magazine is of historic significance as an example of a building type, which played an important part in the development of deep alluvial and quartz mining activities in the goldfields of Victoria in the late 1850s and the 1860s.

The Heathcote Powder Magazine is of architectural significance as a fine example of a rare building type. Set in the picturesque surrounds of the McIvor Range Reserve, the building demonstrates particularly fine stone masonry and brick vaulting work and is an excellent example of a Public Works department designed powder magazine.