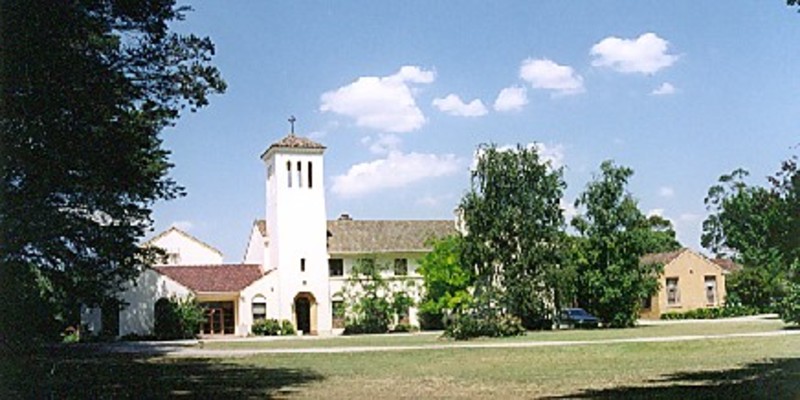 B7112 Community of The Holy Name

The Community of the Holy Name religious complex, including the original building of 1892, chapel of 1958-60, the Community House of 1936 and curtilage, is of national architectural and historical significance.
Architecturally, the 1892 Retreat House, designed by Hyndman and Bates, is of note for the distinctive Gothic elements that give the building a Medieval institutional character. The Community House is an impressive example of a religious structure in a restrained Spanish mode, particularly the tall square tower marking the entrance. The prominent and prolific architect Louis Williams designed the Community House and a number of buildings and additions on the site. The chapel attached to the Retreat House, designed by the noted mid-twentieth century church architects Blyth and Josephine Johnston, is a fine example of their small-scale work.
Historically, the Community of the Holy Name complex is significant as the first Anglican order to be founded in Australia in 1889, and one of only four known such women's communities in Australia. It has important associations with the early history of social welfare and the contribution of the Anglican church to charitable work in Victoria.
While the garden appears to be a remnant only, the expansiveness of the landscaping, appropriate to the contemplative nature of the retreat, makes it a significant part of the site.
Classified: 04/06/2001