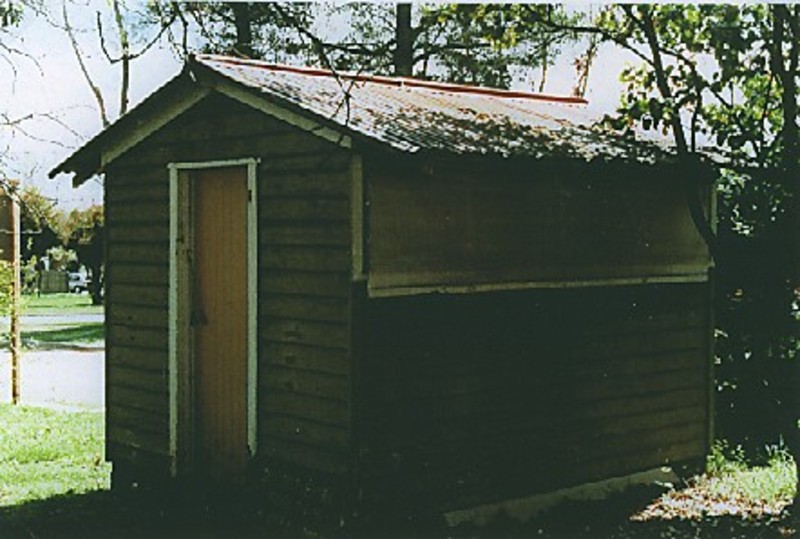 The Emily Stephen TB Chalet, c.1936, privately built by Salvation Army Brigadier,Jonathon Stephen for his wife Emily.
Living, and sleeping in the open air was the only known effective cure for TB before the introduction of penicillin in the 1950s. A number of government and private hospitals, or individual 'Chalets' within larger hospitals were built in Victoria, notably the modernist Greenvale and Heatherton Sanitoriums built in the early 1950s, which featured open sides or balconies, perhaps with canvas, or flywire walls. The small, well ventilated outbuilding built for Emily Stephen is the only known privately built TB Chalet in Victoria.
Classified: 06/09/1999