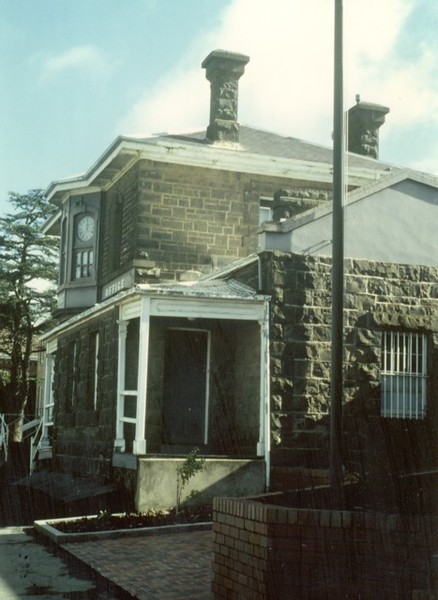 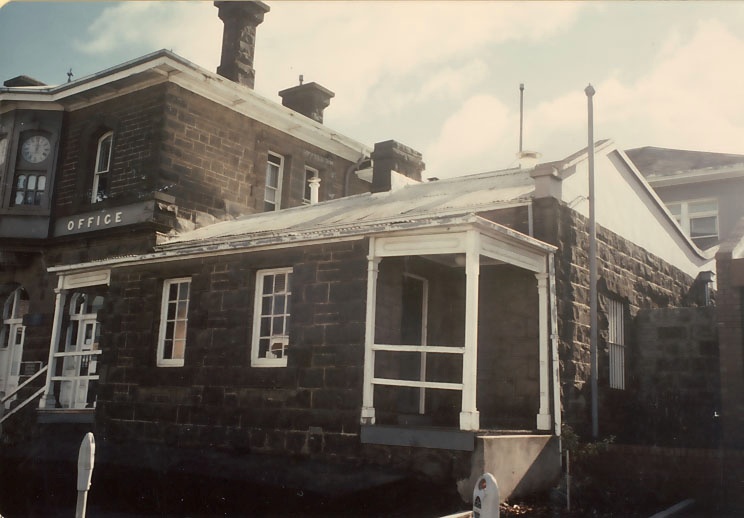 The former Sub-Treasury, Ararat, was erected in 1858 by the Public Works Department. The contractors were Amos & Co.
The building is constructed in bluestone and is situated on the former Police Camp Reserve, of which it was a prominent feature. The design is very similar in conception to the former Sub-Treasury in Beechworth. It appears that the building served as part of the Post Office complex from as early as 1876.
It is one of the oldest surviving buildings in Ararat. It comprises one of the finest designs for a building of its type in this state and reflects the highest ideals in early public building with its solid stone construction, restrained decoration and massing which relfects the function of the building's components. It is an important feature of Ararat and together with the neighbouring Post Office and Court House, forms a significant group.
Classified: 01/05/1980
See also B2119 Post Office