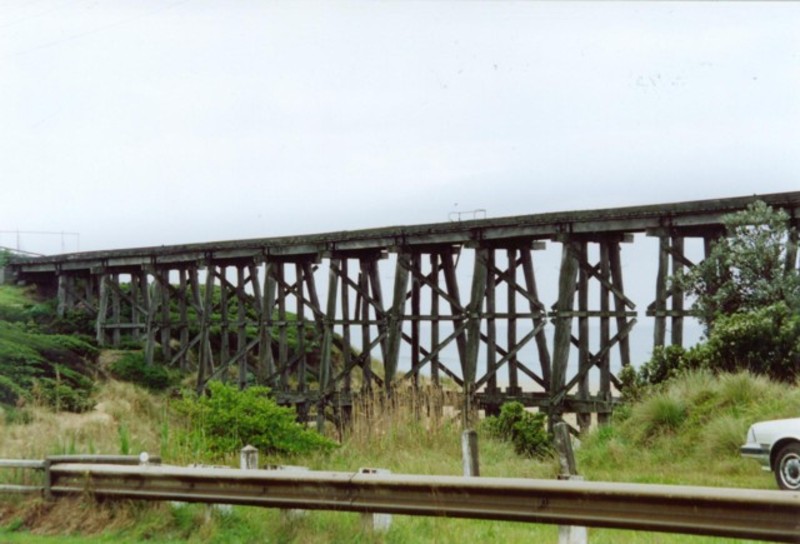 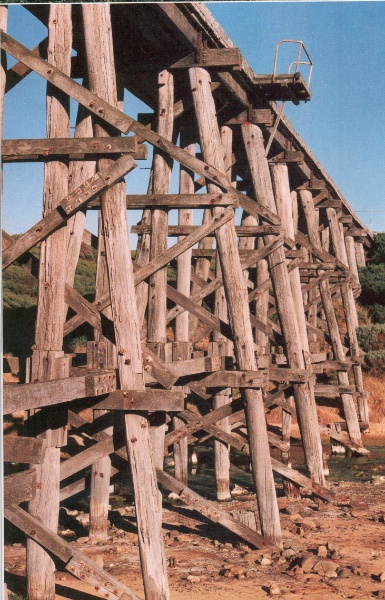 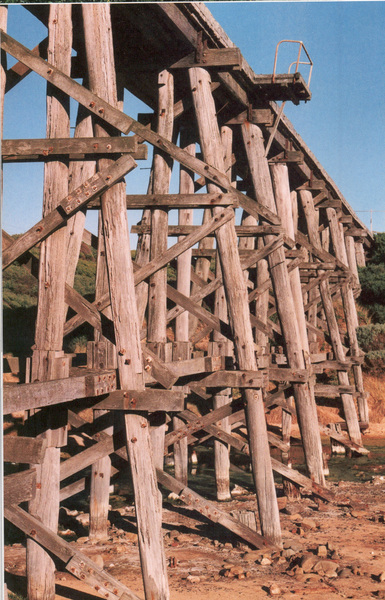 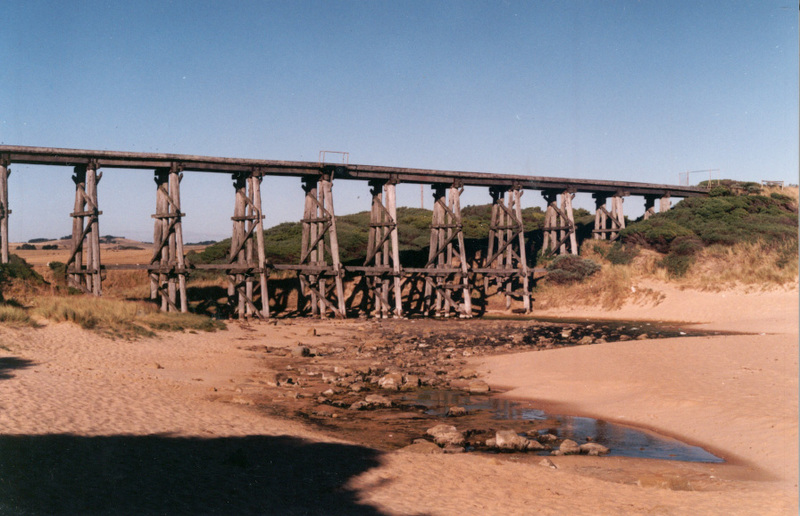 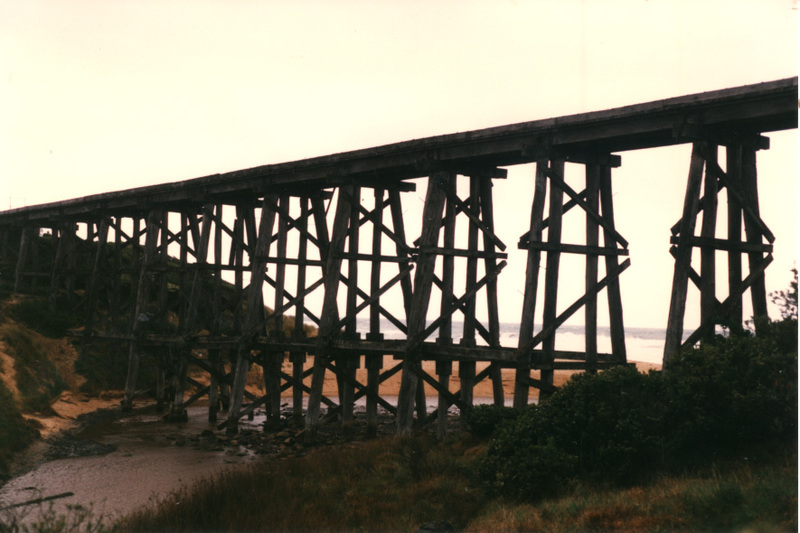 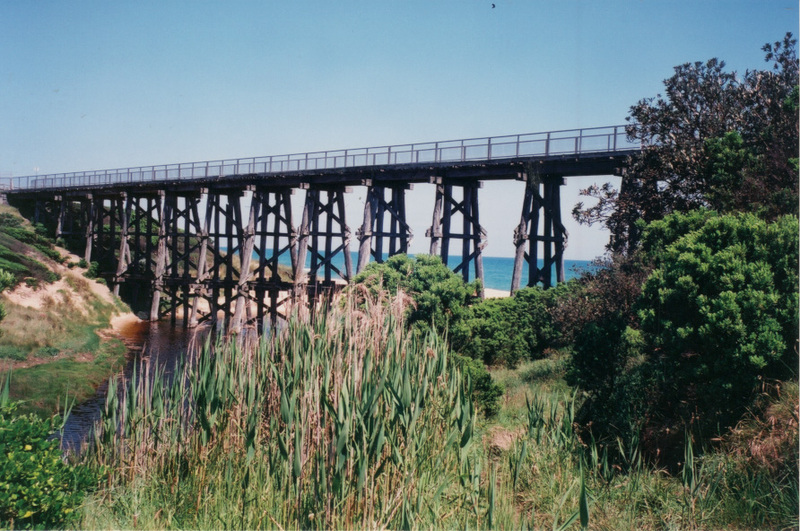 The Kilcunda Bridge was constructed in 1911 for the Victorian Railways as part of the Woolamai-Wonthaggi railway.It is a single-track fifteen span all-timber railway bridge, with a total deck length of 91 metres and a maximum height of twelve metres. Kilcunda Bridge came into use with the opening to traffic of the permanent coal-fields railway in 1911. The line was closed in 1978. The bridge is now part of the Bass Coast Shire Rail Trail, opened c. 2006.

Kilcunda Bridge is historically, technically, socially and aesthetically significant to the State of Victoria.

Kilcunda Bridge is historically significant as the most spectacular surviving artifact from the historic Woolamai-Wonthaggi railway, built specifically to access locomotive fuel from the State Coal Mine at the Powlett Coal Fields. Until 1978 much of the steam-locomotive fuel that serviced the Victorian Railways network passed over this bridge, en-route to Melbourne and other parts of the State. It has therefore played a more central and essential role in Victorian Railways history than most other Victorian twenty feet span timber-trestle railway bridges.
Kilcunda Bridge is technically significant because of its unusual pier structure. It was originally built with angled two-pile timber piers, an innovation on the earlier tradition of vertical two-pile piers. Because of the unusually heavy haulage to which this bridge was subject, two more vertical timber piles were later added to the centre section of each pier, distinguishing these tall piers from those of other surviving timber bridges. Beam spans were also strengthened by adding an extra timber beam under each side to give a total of six beams per span: a very unusual feature.
Kilcunda Bridge is socially significant to Victorians because of its historical importance, combined with easy public access beside a coastal State highway much used by tourists. It is significant more particularly to those who identify with the Wonthaggi district's unique place in Victorian coal-mining and railways history.
Kilcunda Bridge is aesthetically significant and set apart from all other Victorian Railways timber bridges by being uniquely situated in a magnificent ocean context and very visible and accessible beside a State highway. Being situated right at the mouth of Bourne Creek, its immediate context is provided by dune grasses and shrubs, and an adjacent sandy beach. It is one of the most exposed to public view of any major Victorian timber-trestle railway bridge.