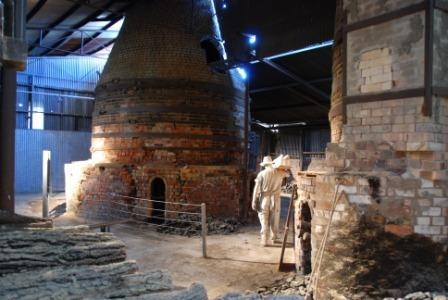 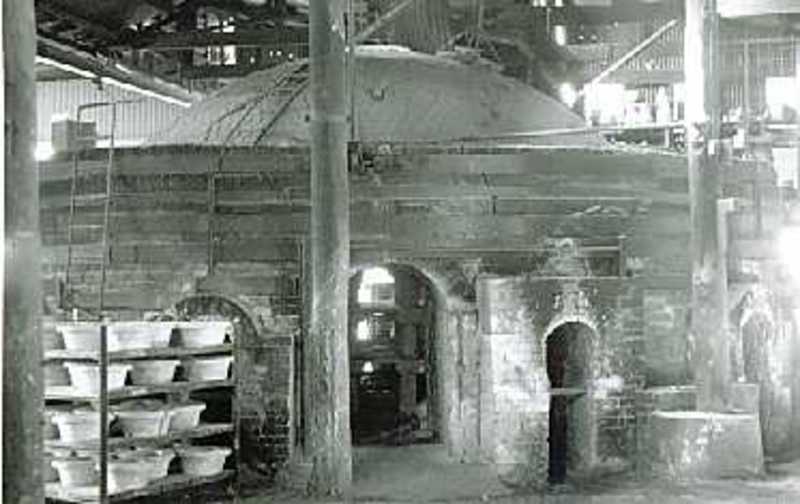 Bendigo Pottery has been an outstanding manufacturing complex since it was established on this site in 1864. G D Guthrie, who recognised the value of the fine Bendigo clay guided the fortunes of the pottery until his death. The pottery has supplied rural, Melbourne, interstate and sometimes overeas clients. It has produced a variety of utilitarian and decorative household and terracotta products, some of which have won international awards. It became a major supplier of sewerage pipes and roofing tiles for developing country towns and was renowned for its industrial pottery. In the 1970s the Bendigo Pottery led in the commercial production of craft pottery- ware for domestic purposes.
The bottle kilns date from c 1868 and apart from ruins at other sites, are the only extant kilns of this type and date in Australia known to the Trust. They are substantially intact, having been subject to continuous use and maintenance, and are possibly the only operable kilns of their type in the world. The first circular downdraught kiln was built on the site in 1880 and the remaining three have been built and maintained since 1915. The first rectangular kiln was built in 1931 and represents a further generation of solid fuel kiln design preserved on the site. The kilns have an internal salt glaze which is an enshrinement of many decades of operation of what is now an antiquated process.
The kilns, their working areas and the necessary skills for their operation and maintenance which have been preserved in Bendigo, comprise an exceedingly rare example of a 19th and early 20th century pottery work-place and technology.
The stables were built in 1873. Their industrial design is enlivened by unusual detailing and brickwork. The hoist, which was used to load produce onto the Pottery's rail siding, has been restored to its original condition. It is representative of the importance of the rail link to Melbourne in the choice of this site, and of the ultimate success of Guthrie's enterprise.
Classified 19/08/1971
Upgraded 26/10/1987