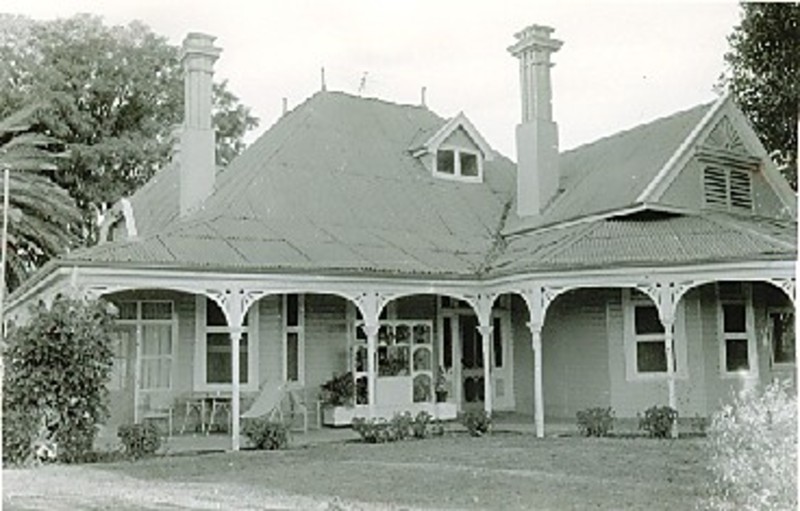 Large house believed to have been built in the early 1890s, the first owner unknown. Single-storey, the asymmetrically composed house features an extensive iron roof, flattening over the encircling timber wing. Other features are the substantial chimneys and the various timber lined interiors.
An early surviving house in the Mildura area, it is important in the historic townscape of the city, is architecturally notable and is representative of the first optimistc years of irrigated crop based settlement in this area in the late 1880s and early 1890s. Architecturally, the house is an early Queen Anne style house, fairly typical, but with distinctive details including the verandah, roof shapes and interior woodwork.
The house is in good condition and is intact.
CHC Citation
Classified: 05/07/1973