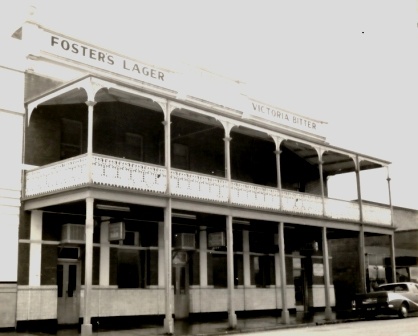 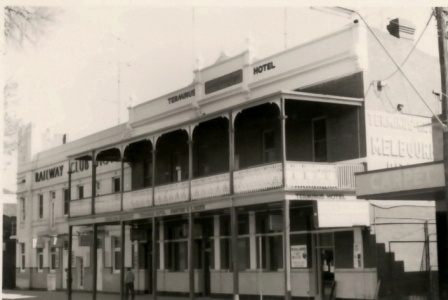 The first Terminus Hotel was erected c 1873. It was destroyed by fire in 1897 and the present building was immediately erected to take its place. The proprietor was E Paget and the contractor was J Boggy. The facade of the two storey red brick structure has a two storey timber verandah with cast iron balustrade panels and cast iron brackets to the first floor columns. The rendered parapet and cornice is decorated with urns.
This is a typical example of a nineteenth century provincial town hotel. The decorative cast iron balustrade panels on the first floor of the verandah are an interesting feature. The name of the hotel dates back to 1873 and reflects the importance of the railway in the development of this area in Seymour.
There have been several alterations and additions to the interior and rear portions of the building. Some of the cast iron decoration has been removed from the verandah and part of the ground floor facade has been clad in ceramic tiles.
Adapted from AHC Citation
Classified: 18/10/1975