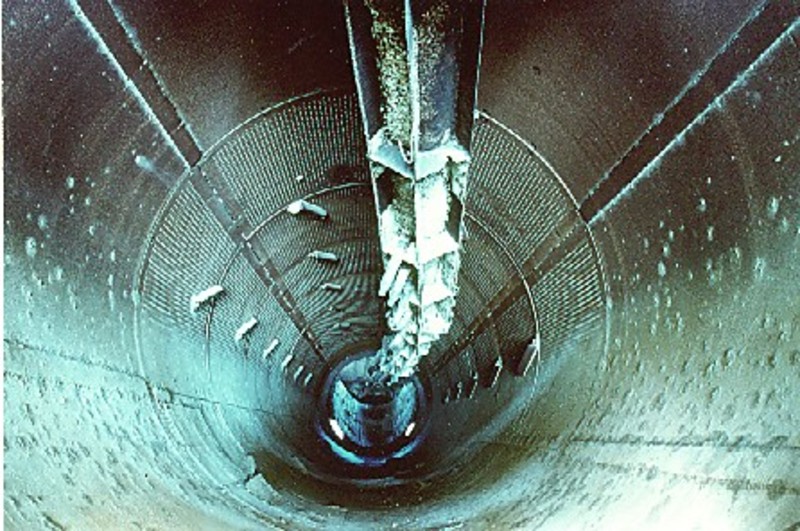 The mammoth Eldorado Dredge was designed and built in 1935 by Thompson's Engineering and Pipe Co., Castlemaine, for Cocks Eldorado Gold Dredging Co. The dredge is constructed of steel and was used to excavate gold and tin bearing material from the river flats on the Eldorado plain. Mining operations ceased in 1956. During its working life the dredge treated 30 million cubic metres of creek bed, winning 2.3 million grams of gold and 1475 tonnes of tin.
This is the last remaining sizable object on the Ovens Goldfields and serves as a superb reminder of the final phase of the gold era in Victoria. During this phase, profitable mining could only be undertaken on an industrial basis with extensive capital outlay and large machinery. The Dredge is the largest surviving of its type in Victoria, possibly Australia. It creates an awe-inspiring image against its picturesque watery resting place and the gently rolling hills and is a local landmark and tourist attraction.
The Cocks Eldorado Company has kept the dredge on a care and maintenance basis since operations ceased in 1956.
Classified: 20/12/1973