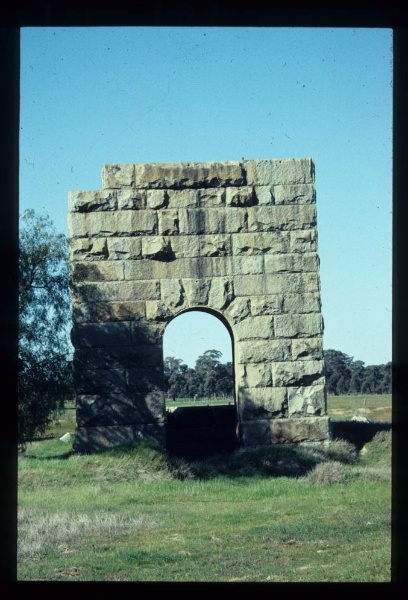 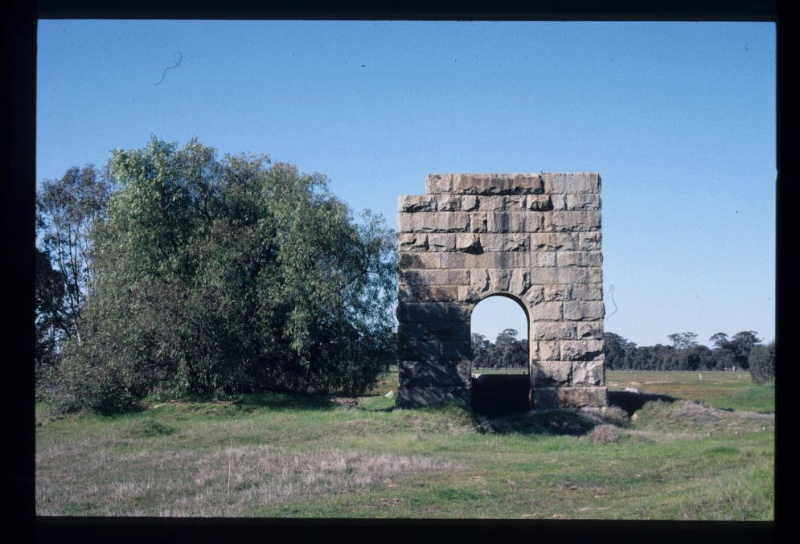 One of the State's richest deep alluvial gold leads was discovered running through Timor. Mining on this lead was dominated by the Duke and Timor Gold Mining Company (later known as Duchess of Timor, 'Duke', and Grand Duke). After experiencing great difficulty in sinking through unstable and very wet ground, the company imported from England a massive Cornish pumping engine. The engine generated 270 horsepower, and its beam (weighing 30 tons) was the most massive in the State. The machine's manufacturer, John Ward, claimed that the Duke machinery occupied a leading place in the world, there being only two comparable plants in Cornwall. It could raise 200 gallons of water per stroke or 2000 gallons per minute or 20,160,000 gallons per week. The pumping engine's building had beam walls six feet wide and 261/2 feet long, and the walls rested on foundations 16 feet deep. The building was designed and constructed by John James of Ballarat at a cost of 1030. Over its working life, from 1869 to 1896, the mine produced 216,000 ounces of gold, valued at more than £885,800. At its height, the company's proprietors boasted that nearly all the inhabitants of the towns of Timor and Bowenvale depended upon the mine for support.

The Duke and Timor Deep Lead Gold Mine is of historical, archaeological and scientific importance to the State of Victoria.

The Duke and Timor Deep Lead Gold Mine is historically significant as the most prestigious mine of Maryborough's extensive deep lead goldfield and one of the State's most successful deep lead mining operations. The property alone produced almost one quarter of the £4,000,000 worth of gold estimated to have come from the Maryborough deep leads.

The Duke and Timor Deep Lead Gold Mine is historically and scientifically important as a characteristic example of an important form of gold mining. Gold mining sites are of crucial importance for the pivotal role they have played since 1851 in the development of Victoria. As well as being a significant producer of Victoria's nineteenth century wealth, deep lead mining, with its intensive use of machinery, played an important role in the development of Victorian manufacturing industry. The Duke and Timor Deep Lead Gold Mine is important for its manifestation of this facet of gold mining, especially notable as the site of the first use of Cornish beam-pumping technology for deep lead mining in the State.

The Duke and Timor Deep Lead Gold Mine is scientifically important for its potential to yield artefacts and evidence which will be able to provide significant information about the technological history of gold mining.