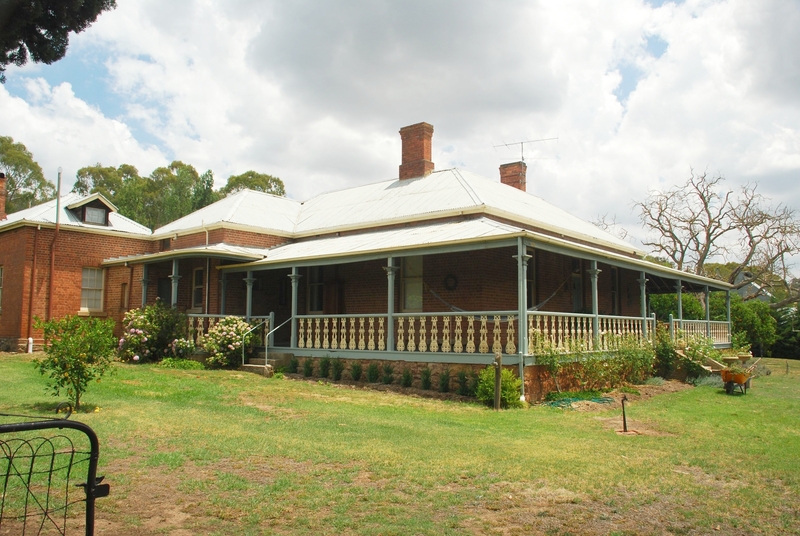 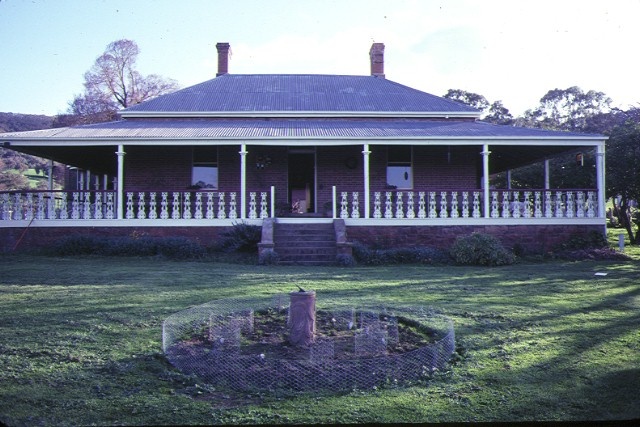 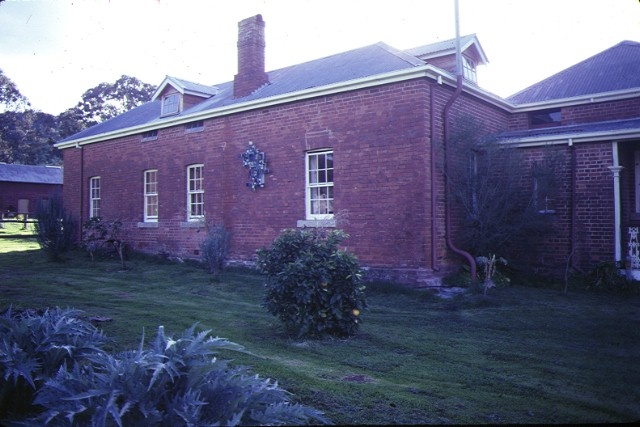 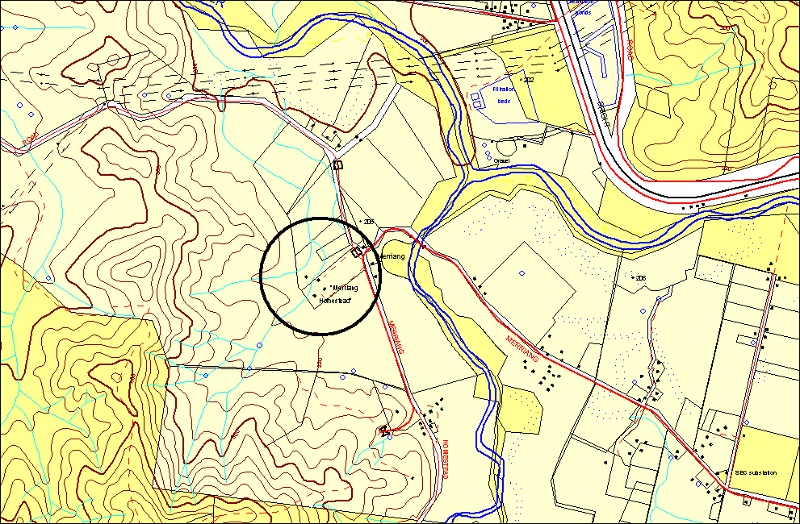 The Merriang Run was first established prior to 1846 by David Johnson who sold the pastoral licence to John Johnston, an Irish immigrant, in that year. In 1853 Johnston secured freehold title to the land around the present homestead buildings, at the junction of the Ovens and Buffalo rivers. Johnston is recorded as having station buildings at that time but it is generally believed that the present buildings were constructed in 1863 by Michael O'Donnell who purchased the freehold in 1862. O'Donnell (1833-1892) emigrated from Ireland to Victoria in 1851 and conducted a carrying business on the Ovens goldfields before purchasing Merriang. He later purchased the grazing licence in 1863. The homestead passed out of the family in 1894 when the estate was declared insolvent. At that time the holding consisted of 7000 acres. The date of construction of the homestead has not been authenticated but it appears in the photograph in 1875 which shows a well established garden and the replacement of the shingle-roof with corrugated iron, indicating that it was built some years previously. The homestead is constructed of red brick on a granite plinth with a corrugated iron roof over an earlier shingled roof. It is planned with the principal rooms around a central passage under a hip-and-valley roof with a return verandah and two symmetrically placed service wings at the rear. These enclose a large originally brick-paved courtyard with a central well and a verandah around the perimeter. The view from the courtyard is closed by the stables which are placed some distance back but parallel with the rear of the house and at the full width of the courtyard. The stables are two storey with a gabled roof. The lower storey walls are constructed of coursed granite with bricks over. The homestead complex is intact with the exceptions of the loss of the coach house, forge, garden gazebo and the picket fence which enclosed the rear of the courtyard. The upper floor of the stables has been renovated as a studio and the eastern service wing has had its attic renovated with the addition of dormer windows to the roof. The homestead retains many small elements which indicate the social organisation of the house: the service bell system and the large chopping block to the butcher's room for example. Merriang is typical in style to many country houses of the 1860s but special in the precision with which it is constructed and planned, particularly in relation to its setting. Its special interest lies in its intactness and clarity in demonstrating a way of life akin to that of grander homesteads in other parts of Victoria but of a smaller scale typical of north-east Victoria, its special relationship to its environment and its influence in the history of settlement in the Ovens Valley.
Show more
Show less
All information on this page is maintained by Heritage Victoria. Click below for their website and contact details.