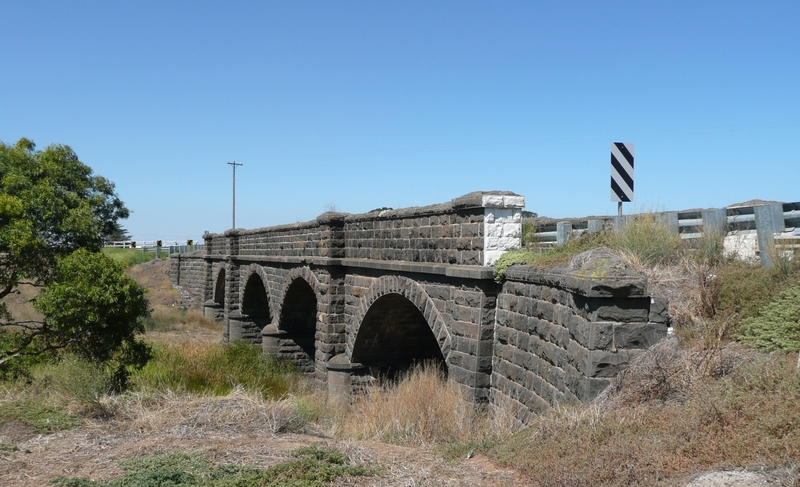 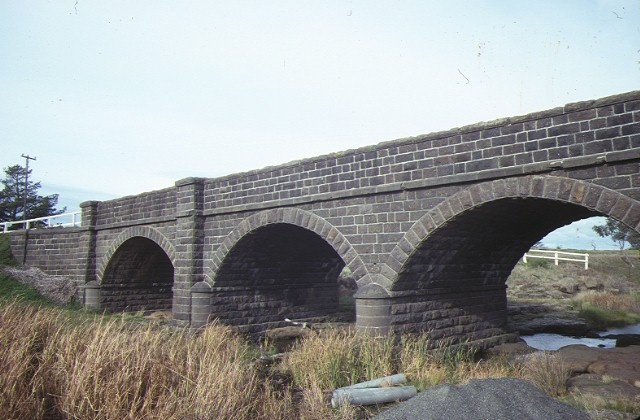 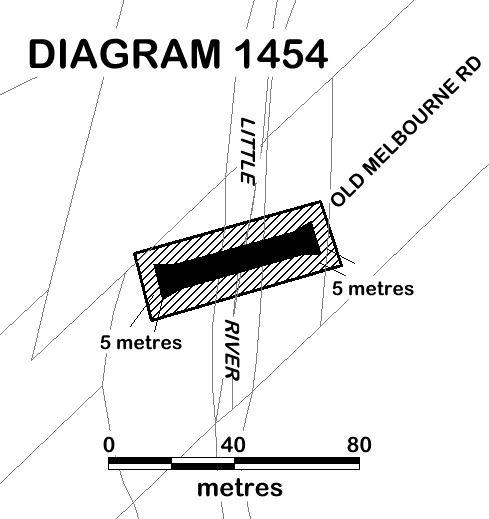 What is significant?
The Rothwell Bridge over the Little River at Rothwell was erected as a double span segmental arched stone structure in 1866-67 from designs prepared by the Shire of Wyndham Engineer, John Baxter. Clement Nash was the contractor. The bridge and approaches were partially destroyed by flood in September 1880, and PE Nolan, Shire of Wyndham Engineer, designed the present segmental arch bridge from spans, apparently reconstructing the original section and widening the approaches. Rothwell bridge has been by-passed by the modern Melbourne-Geelong Rd, however it is still in use as a road bridge.

The Rothwell Bridge is four span structure with piers separating the central two arches from the end ones. The structure is faced with rusticated bluestone masonry and has substantial abutments. Features are the voussoirs, imposts, string courses and piers.

How is it significant?
The Rothwell Bridge over the Little River is of architectural and historical importance to the State of Victoria

Why is it significant?
The Rothwell Bridge is of historical importance for its associations with the expansion of Victoria’s infrastructure in the 1860s and for its role in the development of transport systems. It has important associations with the road link between Geelong and Melbourne. Rothwell Bridge is an important indication of the early investment in roads and railways by the government, which helped establish the national transport system and bridges such as this once formed important links in this expanding network.

The Rothwell Bridge is of architectural importance as an early road bridge, representing traditional stone construction techniques. It is a rare example of a bridge with piers dividing the spans, and also demonstrates skilled stonemasonry with its prominent voussoirs, rusticated string-course and carved breakwaters.
Show more
Show less
All information on this page is maintained by Heritage Victoria. Click below for their website and contact details.