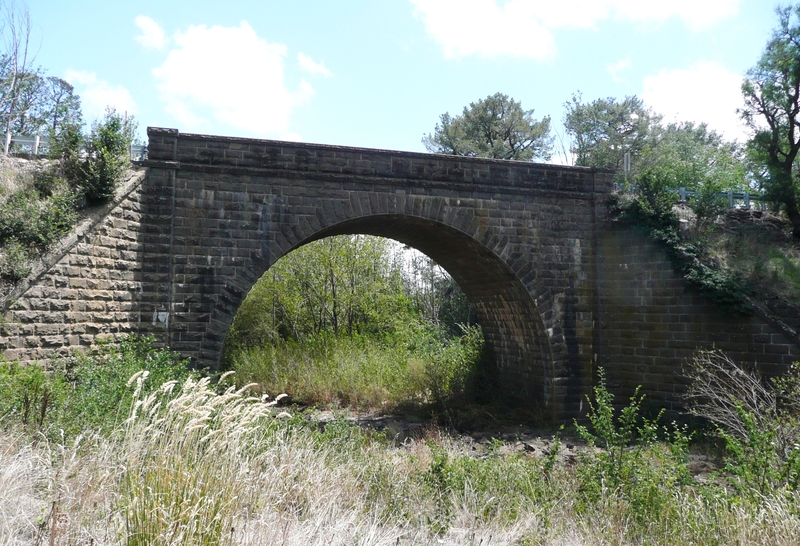 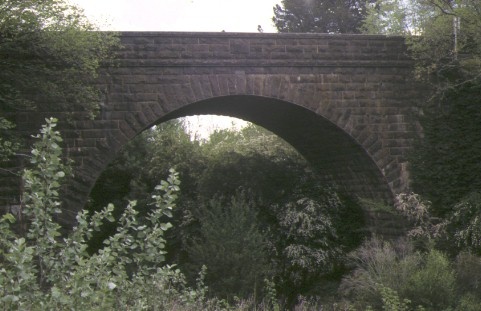 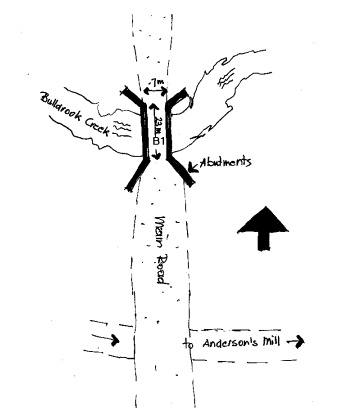 The Bridge over Birch (formerly Bullarook) Creek on the Ballarat to Castlemaine Road is a notable example of a small bluestone bridge. The single span, 50 foot bridge was constructed in 1892 for the Creswick Shire and it was designed by engineers H and W H Gore; William Barker was the successful contractor. The bridge has unusually wide spreading abutments in proportion to its span.

The Bridge over Birch (formerly Bullarook) Creek is of architectural and historical significance to the State of Victoria.

The Bridge over Birch (formerly Bullarook) Creek is architecturally significant as an intact representative example of a small, late Victorian stone bridge. The bridge is an excellent example of stonemason's art and is aesthetically pleasing with its ornately carved stone commemorative plaques, rusticated string courses, parapet cappings, voussoirs and a small gargoyle to the southwest face of the bridge. The structure is typical of a vernacular engineering tradition but is distinguished by the high quality of its craftsmanship.

The Bridge over Birch (formerly Bullarook) Creek is historically significant for its association with the Anderson brothers and the Georgian inspired Anderson's Mill (currently registered GBR477). There are two bridges in close proximity to the Mill (the bluestone bridge over Bullarook Creek and the current mill bridge); however the Bullarook Creek Bridge was at one stage referred to as the 'Smeaton Mill Bridge' by the Public Works Department. Whilst somewhat confusing, this reference assists in explaining the massive piers and abutments which form part of the Bullarook Creek bridge, most likely constructed specifically to support the heavily-laden drays and wagons transporting materials to Anderson's Mill. The solidity of both the Bullarook Creek Bridge and the mill bridge may also have been a reaction to the disastrous consequences of a succession of floods which swept through the area in the 1870s.

The Birch (formerly Bullarook) CreekBridge is of historical significance for its ability to describe transport routes and requirements of the 1890s and in particular for its close relationship with the significant Anderson's Mill.