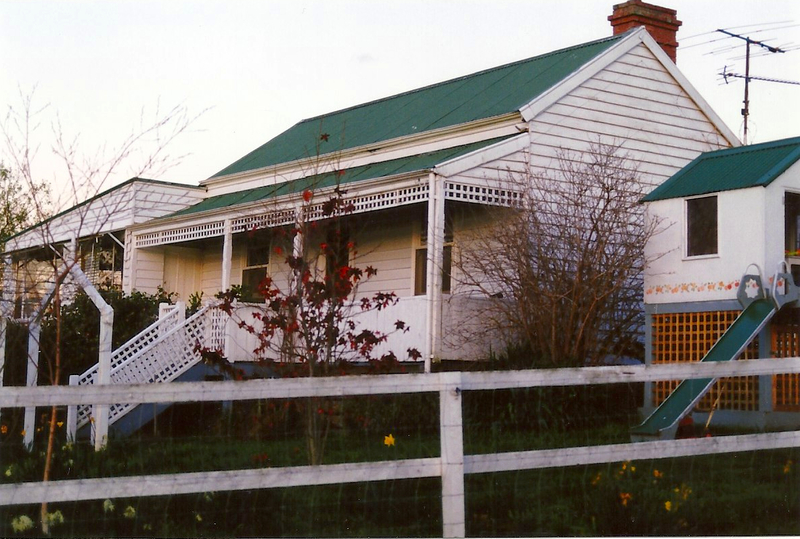 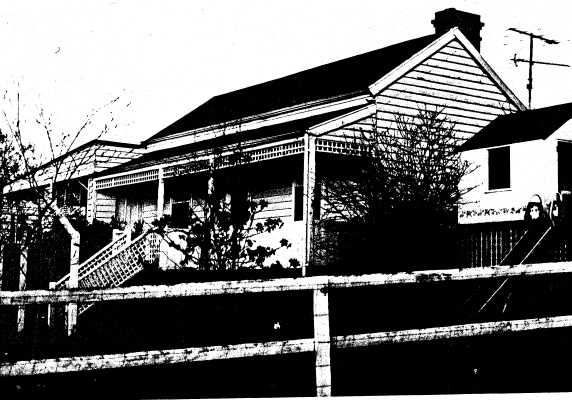 What is significant?
The c1894 cottage, in particular the gabled wing with its rear skillion, and the Canary Island Palm tree.

How is it significant?
The cottage and the Canary Island Palm tree are both historically and aesthetically significant to the Shire of Nillumbik.

Why is it significant?
The cottage is historically significant because it is connected with the Anderson family who lived at the site for 131 years, after John Anderson settled here in 1849 (Criterion H). The cottage is historically and aesthetically significant as a rare surviving example of a 19th century weatherboard farm cottage that has survived largely intact and because it is the last farm cottage in Eltham to retain a rural setting (Criteria B & E).

The Canary Island Palm is historically and aesthetically significant because, while typical of early 20th century planting in Victoria, the plant is rare in the former Shire of Eltham and is a significant streetscape element (Criteria B & E).

BICK STUDY, 1992
The Anderson Family' s Yarra Vale is a rare surviving example, In the context of both Eltham and the Shire as a whole, of a 19th century weatherboard farm cottage that has survived very largely intact. In addition to its illustration of the norm for dwellings in the Shire during that period this building is also a significant streetscape element and the last 19th century farm cottage in Eltham to retain a rural setting. The Canary Island Palm tree is typical of the early 20th century in Victoria, but rare in the Shire. This property was evidently occupied by the Andersons for 131 years, John Anderson settling in 1849.

Site inspection reveals that the early section of the house is under the gabled roof form with its rear skillion, with another skillion added to the east side (1920s?) plus other minor changes made recently by the present owners. Out-. buildings to the south west of the cottage are said to be the former stables but these have been altered and rebuilt to such an extent as to be only symbolically expressive of-the history. To the south, are new structures including a farm shed and modern house: these should be excluded from the designation. The palm is well to the west of the house with a mature pepper tree to the south. To. achieve the Bick designation of exotic planting' the peppertree would have to be included which would increase the land extent. The underlying principle for the designation should be to main tain the current public views of the cottage and palm and thus to have planning control over the view cone obtained from the public 'road, typically directly to the north of the cottage, making the White option A the most acceptable from the three proposed, with a qualification of inclusion of the pepper tree in the land extent to the south.