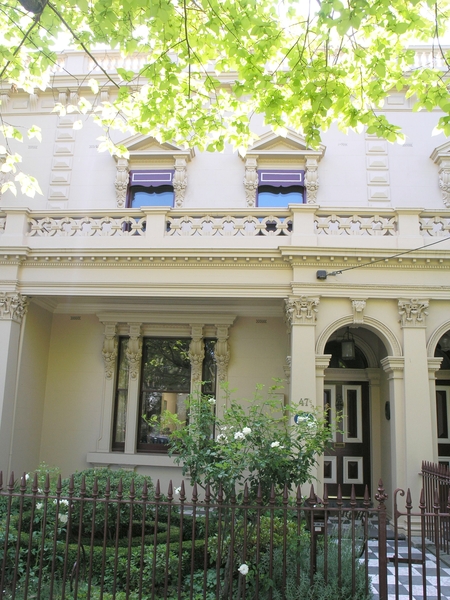 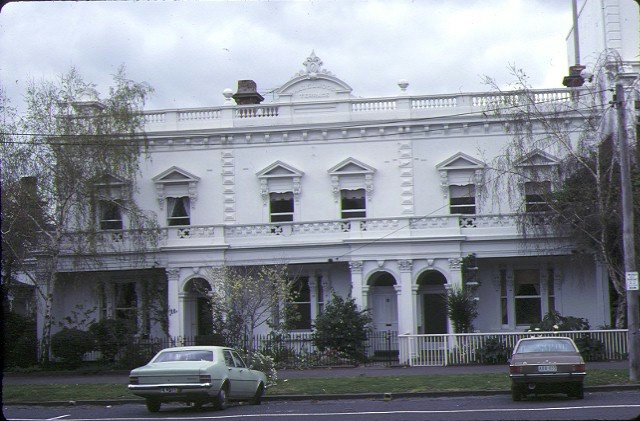 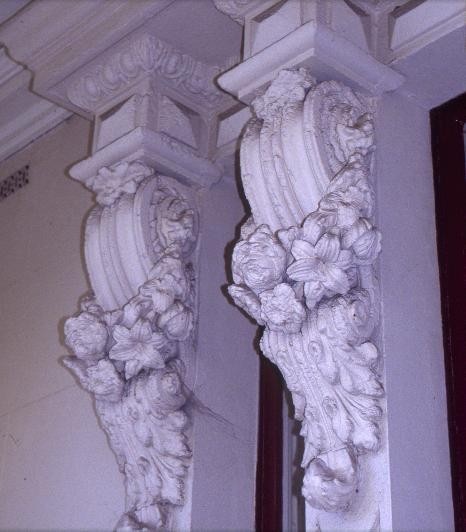 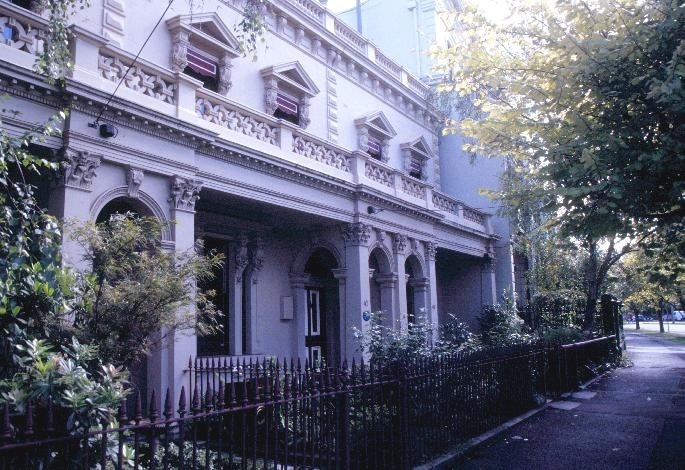 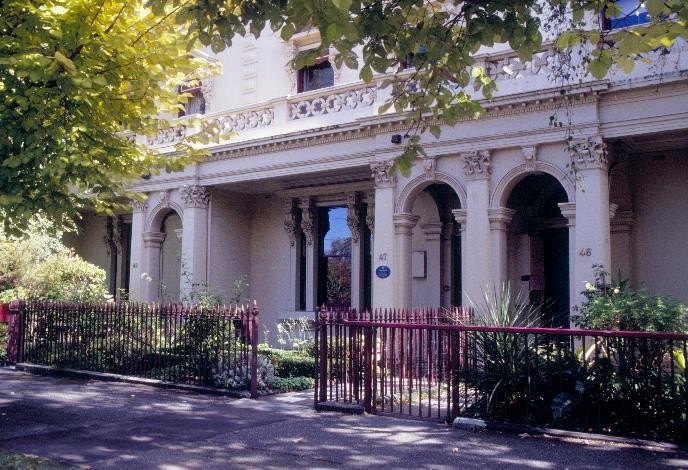 Hazelwood Terrace is a part of the St Vincent Place precinct, which was designed in 1857 by Clement Hodgkinson soon after the original plan for Emerald Hill (South Melbourne) was laid out. It reflects the influence of nineteenth century English town planning ideas. The subdivision included provision for small cottages and commercial premises, as well as for gardens and grander houses such as this terrace, which was planned to face Howe Crescent. Hazelwood Terrace was one of the earliest buildings in the Howe Crescent-St Vincent Place subdivision, most not being commenced until at least the following year. The three seven roomed houses making up Hazelwood Terrace were built in 1865 as an investment for George Black. Many of Melbourne’s notable citizens lived in this area, and the design of its gardens and the individual houses and terraces reflect the confidence and prosperity of the period following the gold rush.

Hazelwood Terrace is a group of three double storey rendered brick town houses at 46, 47 and 48 Howe Crescent, South Melbourne. It is an elegant and exceptional Victorian Italianate terrace. Despite the widespread proliferation of the Italianate style in the 1860s, Hazelwood Terrace stands out as an original and distinctive terrace form which was rarely repeated in Melbourne. The composition is unusual, with a first floor balcony spanning the entire facade. The balcony has a chain-like balustrade and is supported on arched porches, framed by Corinthian pilasters, which are set in front of the three entrances. The facade behind has bold mouldings in render, giving an embellished effect, with ornate foliated consoles flanking the pedimented windows at both levels, raised quoins dividing the three houses, and a balustraded parapet above, superimposed by a centrally placed segmental pediment inscribed with the name of the terrace. The first floor windows also have valences. It is a fine example of the work of the architect Charles Webb: while very decorative, it is typical of Webb’s work in that it displays a restraint from over-ornamentation, a quality reflected in his other buildings such as Tasma Terrace (H 1025) and the Windsor Hotel (H764). Number 47 (as well as the adjoining number 48) retains its cast iron picket fence, the slate and marble path and slate flagged verandah floor. The continuous terrace row facade forms an essential part of the Howe Crescent streetscape.

Hazelwood Terrace is of architectural and historical significance to the State of Victoria.

Hazelwood Terrace is architecturally significant as one of the finest terraces in Victoria, and an important work of the prominent Melbourne architect Charles Webb. It is significant for its atypical form and boldly applied render decoration across the facade. It is also significant as an integral part of the Howe Crescent streetscape, one of the most impressive Victorian era domestic streetscapes in the State.

Hazelwood Terrace is historically significant as a reflection of the way of life of the Melbourne upper middle classes following the gold rush, and of the prosperity and confidence of this period.