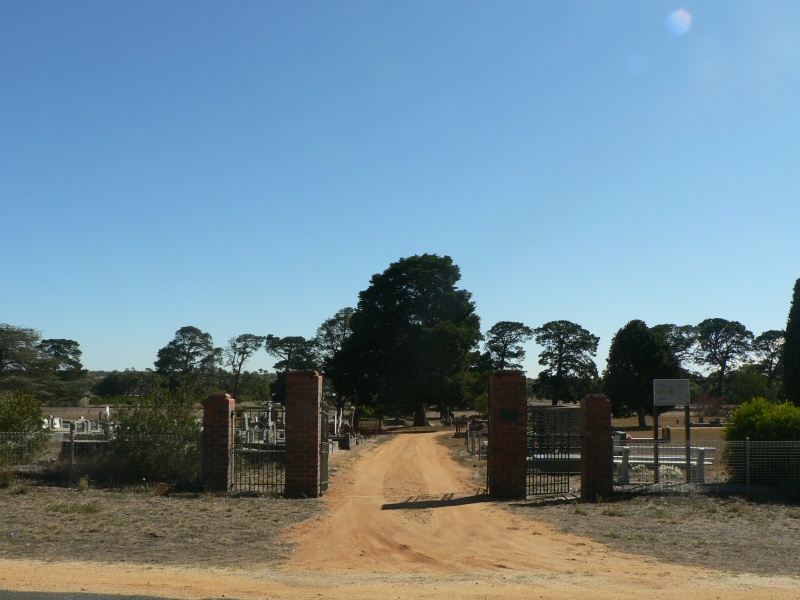 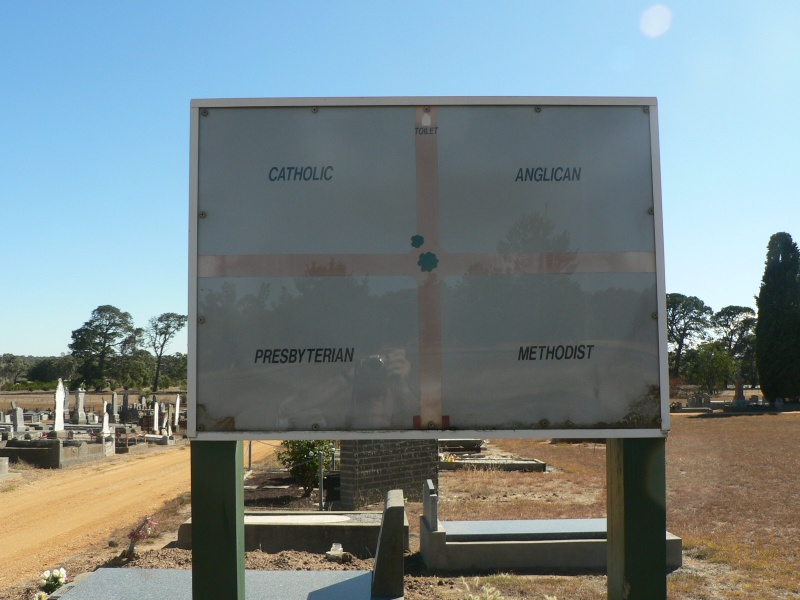 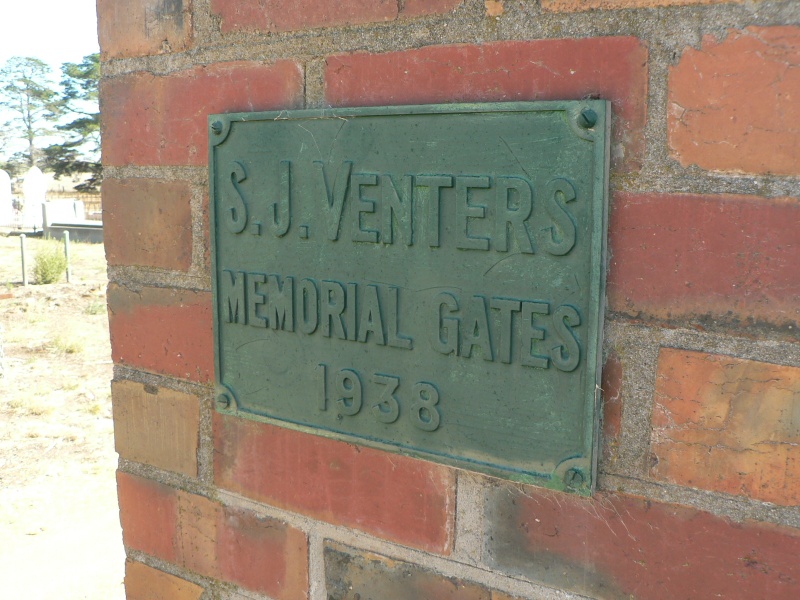 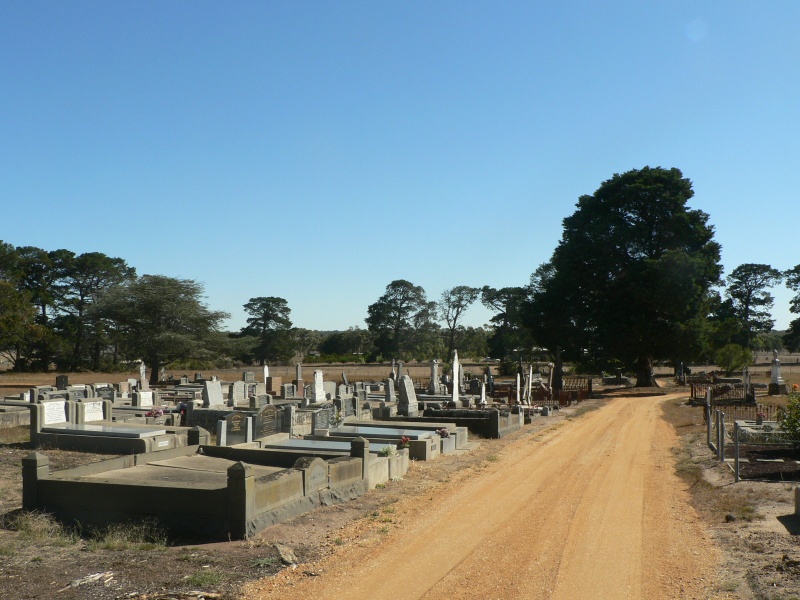 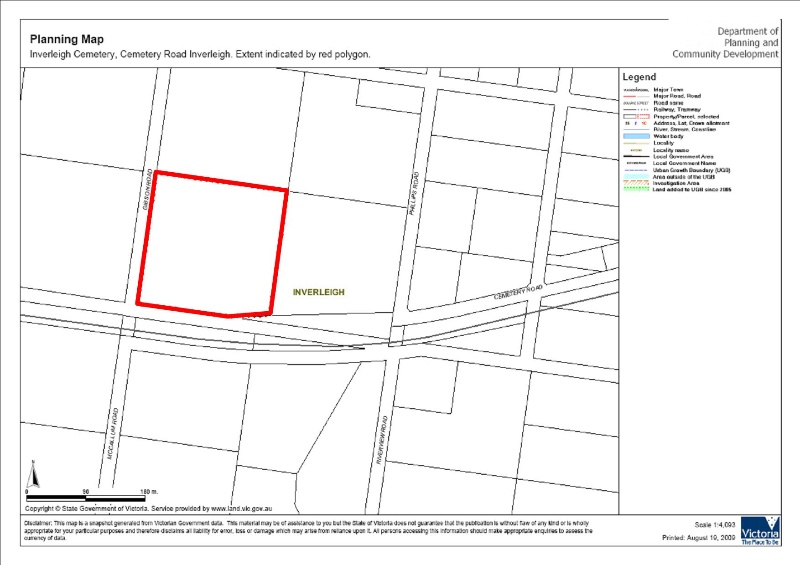 The Inverleigh Cemetery is situated on Cemetery Road, approximately one km east of the western boundary of thetownship of Inverleigh. The cemetery was officially proclaimed in 1859 and was laid out in a standard design as early as 1844. The Roman Catholic Church and the Church of England established churches near the cemetery in the 1850s. However, these sites were abandoned and substantial churches established within the township boundary. The cemetery comprises approximately 9 acres [.36 ha] and is divided into denominational areas, with clusters of graves widely distributed across the reserve and large spaces in between. Pedestrian and vehicular access to the cemetery is gained through the S. J. Venters Memorial Gates (1938). Significant interior plantings include the large Cupressus macrocarpa (Monterey Cypress) situated in the centre of the cemetery as well as a mixture of Sheoak ssp. (Sheoak), Cedrus deodara (Cedar) and Cupressus sempervirens (Italian Cypress). Perimeter plantings largely consist of Pinus radiata (Monterey Pine) with inter planting of native shrubs, particularly along the southern boundary addressing Cemetery Road. The cemetery's earliest headstone marks the grave of Partick Monahan who was buried in 1851. Mrs Charlotte Pellet who died 9 April 1876, was the housekeeper of Lt. Gov. Charles La Trobe at Jolimont. The cemetery also contains the graves of local pioneering families, and more recently, former residents of the Inverleigh, Murgheboluc and Wingeel districts. The Inverleigh Cemetery is managed and maintained by the Inverleigh Cemetery Trust.

The Inverleigh Cemetery is of historical, social and architectural (aesthetic) significance to the Golden Plains Shire.

The Inverleigh Cemetery is of historical significance as an enduring record of those who have lived and died in the community, as a reflection of the passing phases, ways of life and death, particular events, and as documentary evidence of the districts prosperity and hardships.

The Inverleigh Cemetery is of architectural (aesthetic) significance for its range of tombstones, memorials and iconography reflecting the aesthetics of different periods and groups within the community, and for its typical planting.