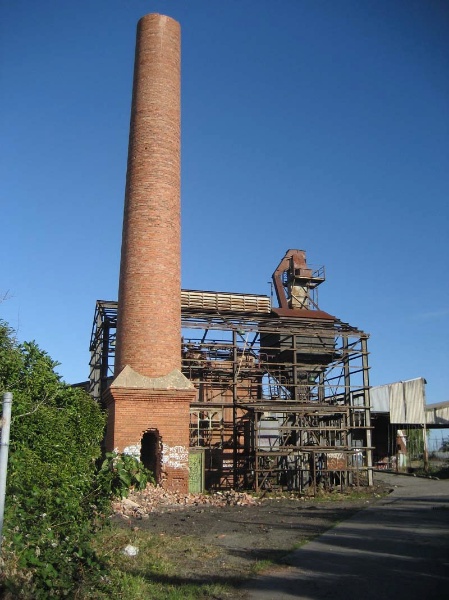 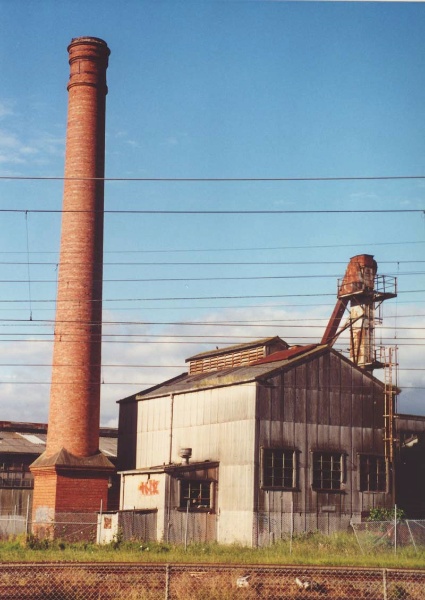 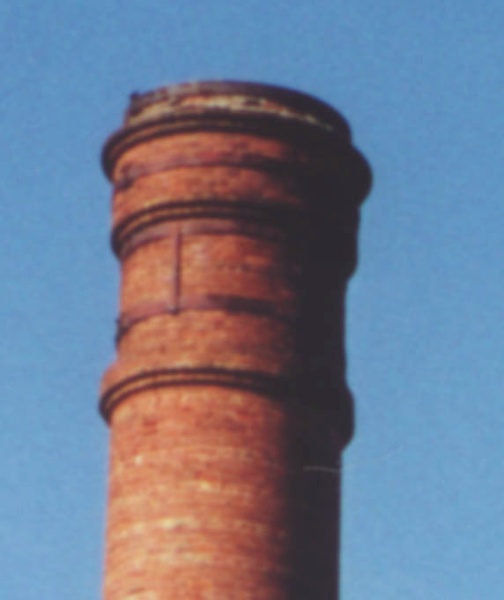 What is significant? The boiler house, brick chimney, and factory at the former Australian Plaster Industries Ltd. site at 61 Westminster Street, Oakleigh. The plant was built c.1946-48 as part of a new plasterboard factory for Australian Plaster Industries Ltd. The briquette fired water-tube boiler supplied steam for drying plasterboard until it was made redundant by direct firing in 1970. The saw tooth roof brick building with steel window and roof trusses housed the main board production machine as well as warehouse facilities. It was built in two stages, being doubled in size in 1958
How is it significant? The boiler and chimney are significant for historical, technical, and aesthetic reasons at a state level. The factory is significant for historical reasons at a state level.
Why is it significant? The former Australian Plaster Industries factory is historically significant because in 1948 it was the first factory in Victoria where plaster board was manufactured on an industrial scale. Plaster board changed the way buildings were constructed by greatly improving the efficiency of construction through the use of large sheets of pre-made plaster board for lining internal walls. This board was erected dry, eliminating delays caused by waiting for older style lathe-and-plaster to set; it was also more amenable to mass production and easier to install than fibrous plaster sheets. The plant was strategically important to Australia's construction industry during a time of intensive building activity and material shortages following World War Two. The industrialisation this plant brought to plaster based wall linings affected the long established fibrous plaster sheeting industry. Produced in scores of small factories by hand, fibrous sheeting had largely disappeared by the late 1960s as a result of mass production methods associated with plaster board. The Australian Plaster Industries site also required the development of special heavy grades of paper by Australian Paper Manufacturers at their Fairfield mill. It also reflects the transition of industrial development from the inner suburbs to newer suburbs such as Oakleigh, where land was cheaper, and where there was a growing residential population to provide the workforce required.
The boiler house and chimney are historically significant due to their association with the former Australian Plaster Industries Ltd. plaster board factory. It is a rare example of a large and relatively intact boiler house and chimney associated with the post war period of Victoria's industrialisation. The location of the boiler house adjacent to the Gippsland railway line is historically significant as it was specifically located next to the railway line to enable the delivery of fuel for the boiler. The boiler was fired on briquettes produced by the State Electricity Commission of Victoria (SECV) at the Latrobe Valley coal fields which were transported directly by rail to a dedicated railway siding beside the boiler house. The use of briquettes as a fuel has largely been replaced by natural gas, but the closure of the boiler house in 1970 resulted in this plant not undergoing the conversion to natural gas which has occurred at most other boiler installations. As a result of this, it is one of the few surviving examples of a large briquette fired water-tube boiler and associated brick chimney in a manufacturing context in Melbourne. It provides direct evidence of the Latrobe Valley briquette industry which underpinned Victoria's industrial development from the 1930s until the 1960s, during which time production of briquettes more than trebled. The use of SECV produced briquettes provided a cost effective fuel for industry and reduced Victoria's reliance on black coal from NSW.
The boiler house is of technical significance as a large and relatively intact example of an industrial boiler complex. The boiler, chimney, briquette overhead storage bunker, briquette elevating conveyor, mechanical stoker, and steam driven feed pump are all still present. The four-drum water-tube boiler, built to a design by John Thompson & Co., Wolverhampton, was probably made at their local West Footscray factory. It is a rare surviving example of a once-common form of industrial plant: water-tube boilers played a key role in Victoria's twentieth century manufacturing development; they produced high volumes of steam with greater efficiency than conventional fire-tube boilers; they were also inherently safer. The plant also pre-dates the construction of fully unattended automatic boilers and is illustrative of the work practices of the period which required a full-time boiler attendant. Boilers were installed by industry to generate steam for use in manufacturing processes, driving steam engines which in turn drove line shafting, or for steam engines and turbines driving electricity generators. The advent of the SECV in the 1920s and the development of the state power grid saw a reduction in factories generating their own power. By the 1940s the main reason for building a new boiler house was to provide process steam. This boiler house provided steam for heating at the drying stage of plaster board production.
The chimney has an aesthetic significance as a tall prominent feature of the local landscape associated with the industrial use of the area. It is easily visible from the surrounding area and from the adjacent railway line. Once common, large brick chimneys associated with industry are few in number and increasingly threatened with demolition. Many have been truncated, or had their associated boiler house, kiln, or factory which used the heat or steam, demolished.
Classified: 06/07/2009