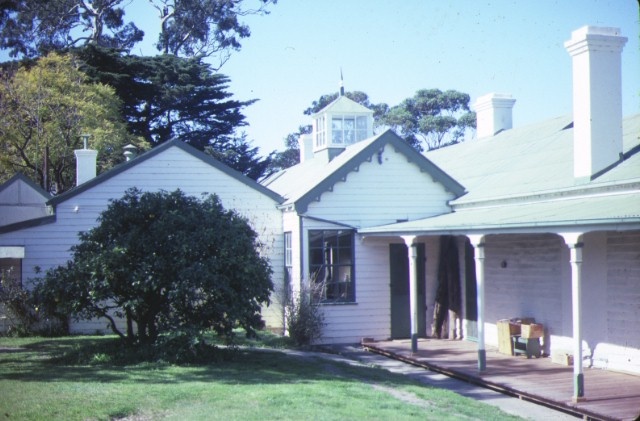 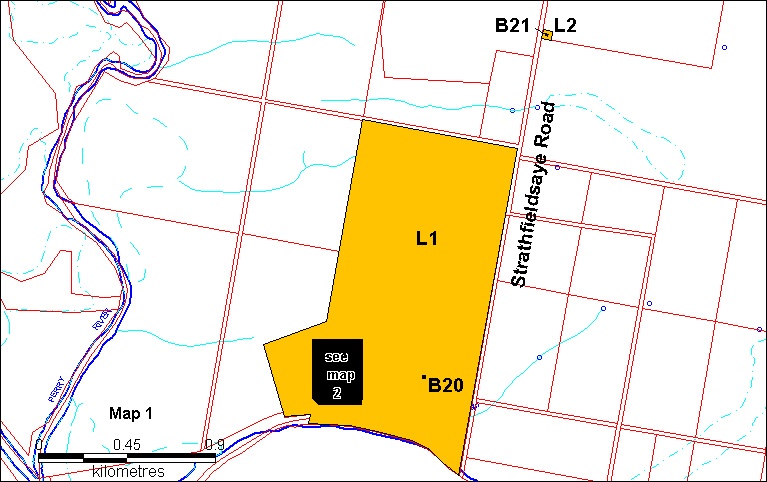 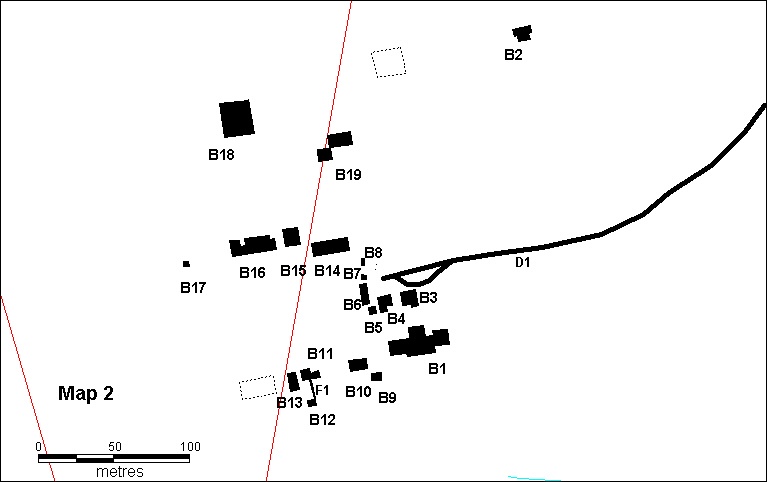 Strathfieldsaye was established as a cattle and sheep station by New South Wales grazier William O'Dell Raymond in 1848. Raymond was one of the first permanent settlers in Gippsland, establishing his first run at present day Stratford in 1842. In 1848 the Strathfieldsaye run, which extended to 64,000 leased acres, carried 18,000 sheep and 1,000 cattle. Raymond obtained a pre-emptive right for 320 acres in 1854. This section contained the earliest part of the current homestead, constructed of timber, weatherboard, corrugated iron and hand made bricks. This single storey building, located about 130 metres from the north shore of Lake Wellington, is now encircled by a verandah and has views over the lake. Later additions to the house date to the 1890s and 1920s.

William Henderson Disher, with no apparent previous experience of farming, acquired the run in 1869. It had been reduced to 20,000 acres of land stocking 4,000 wethers and 1,100 superior bred Durham cattle. Disher developed the station into a diversified agricultural and pastoral property. It remained in the hands of the Disher family until bequeathed to the University of Melbourne in 1976 by Dr Clive Disher. Dr Disher was Deputy Director of Medical Services during the Second World War. The contents and furnishings of the house were bequeathed to the National Trust and remain in situ.

In addition to the homestead there is a large complex of nineteenth century station and farm buildings. There is a shearing shed, mustering shed, several storage sheds, a dairy, meat house, shearer's quarters and toilets. These buildings display a variety of construction techniques, including adzed vertical and horizontal slabs, bark ceilings, and stud frames clad with weatherboards. The manager's house and gardener's house were built in a consistent style in c1917. The outbuildings house a substantial collection of farm machinery, dating from early horse-drawn implements to later mechanised equipment.

The homestead garden is laid out primarily on the sloping land between the house and lake, with a simple kitchen service garden at the rear of the house. The garden was developed in two stages. The first was before 1892 (probably by 1870) and the second by further planting in the mid-1930s. Some of the layout has been attributed to the stonemason Ellis Stones.

Vegetation in areas adjacent to the homestead includes mixed conifer plantings along the driveway, some shore-line specimens to the east of the homestead and isolated trees and groups of trees in paddocks to the west of the homestead. Species along the driveway include Bunya Bunya Pine, Canary Island Pine, Silky Oak and Monterey Cypress. Close to the garden fence is a notable White Cypress Pine. In the paddocks the mature nineteenth century plantings include five Plane trees, eight Monterey Cypress, a Pepper tree, Cottonwood, Elm and two Pears. Next to the shearers quarters is a rare Populus candicans.

A large remnant Forest Red Gum near the garden entrance, and referred to as the Navigation Tree due to the assistance it provided to boats on Lake Wellington, is an important landscape feature and of historic value.

Located about 1.5 kilometres from the homestead is Hartwicke's Hut, a small one room timber hut built by a selector, Heinrich Hartwicke, in the early 1880s. Adzed slabs are fixed vertically as an external lining to a framework of posts. Internally saplings are nailed horizontally to the posts and daubed with mud. The later corrugated iron roof was blown off in a storm in 1998 and the hut is in a dilapidated state. The seven remnant trees of a pear orchard, a popular form of agriculture for nineteenth selectors in this area, survive close to Hartwicke's Hut.

Strathfieldsaye is of historical, architectural and scientific (horticultural) significance to the State of Victoria.

Strathfieldsaye homestead is historically significant as the oldest continuously inhabited house in Gippsland. The farm remains essentially as it was in 1879, and the house remains as the Disher family left it after 110 years of occupation. The contents of the house illustrate this continuous period of ownership.

The extensive complex of farm buildings, including Heinrich Hartwicke's hut of mud and slab, are architecturally significant as a superb group of nineteenth century farm buildings that illustrate changing vernacular building traditions over a long period. Although the extent of the land holding has been reduced, many of the buildings constructed in the nineteenth century survive. The buildings and their contents are evidence of a diversified agricultural farm that emerged in the 1870s from an unsophisticated cattle and sheep station.

The landscape and garden are aesthetically and historically significant as evidence of mature exotic plantings at a remote pastoral station. The squared layout of the garden reflects the utilitarian needs of early settlement in contrast to later, more ornamental styles. This form is unusually intact and rare in eastern Victoria. The driveway plantings mark the entrance to the property and the species are typical of the nineteenth century. The shoreline plantings play a strong role in the views to the lake. The trees in the paddock are associated with closer cultivation and delineate boundary lines in these areas.

The remnant pear orchard trees at Hartwicke's Hut are of scientific (horticultural) significance as a nineteenth century cultivar. They are evidence of more extensive orchards planted by selectors in this area during the latter part of the nineteenth century.

Strathfieldsaye is historically significant for demonstrating the changing patterns of land acquisition on a large pastoral run. The pre-emptive right of 320 acres was an unusual quantity of land to purchase, as most squatters took advantage of the 640 acres they were entitled to. The pre-emptive right was the nucleus of the run and the first part to be acquired as freehold. Its scale is in contrast to the much smaller sections available to and affordable by selectors on the Strathfieldsaye run during the 1870s and 1880s as a result of the various Land Acts. Hartwicke?s Hut is evidence of one selector's purchase on the run, a section that Disher took the opportunity to acquire as freehold for his farm when the selector died in 1898.