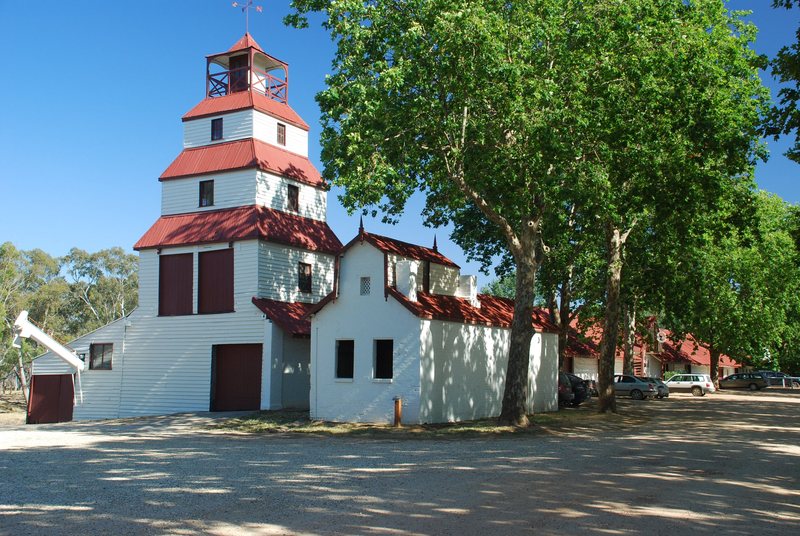 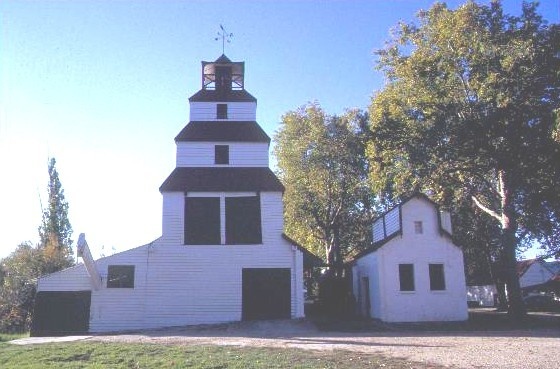 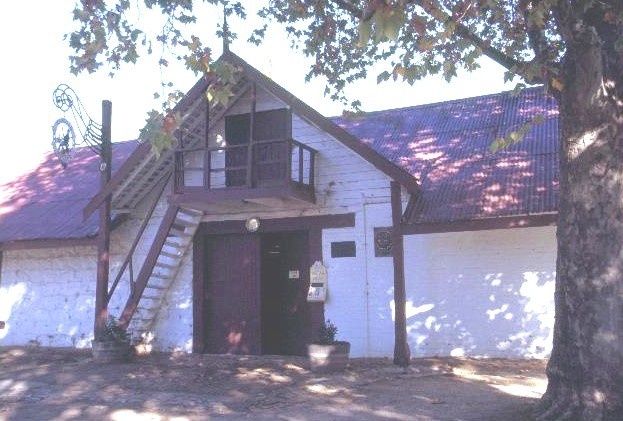 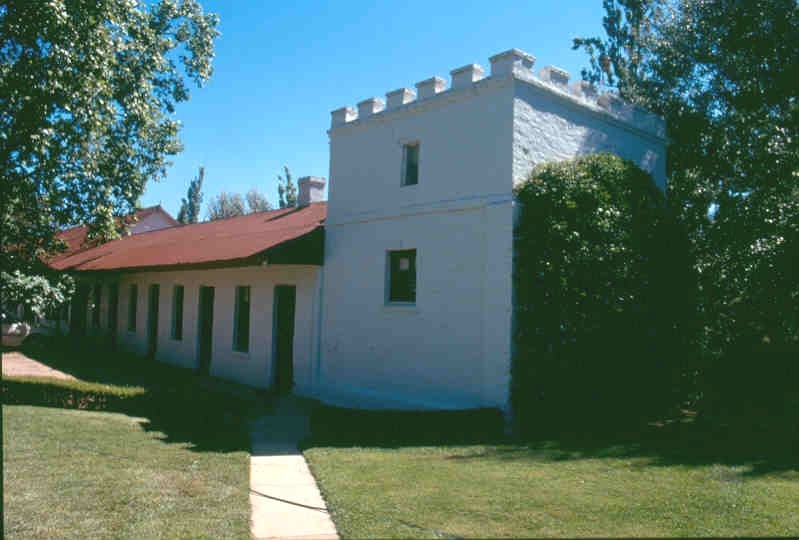 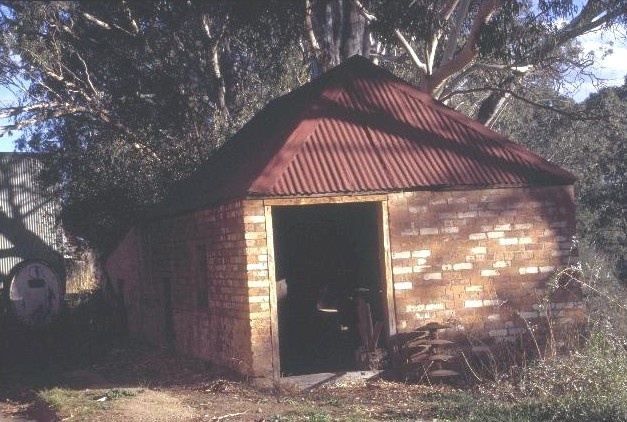 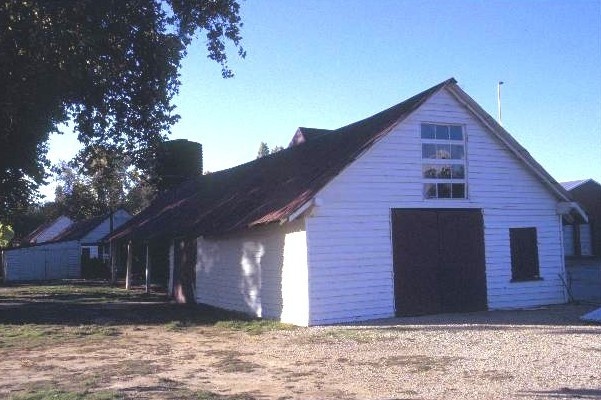 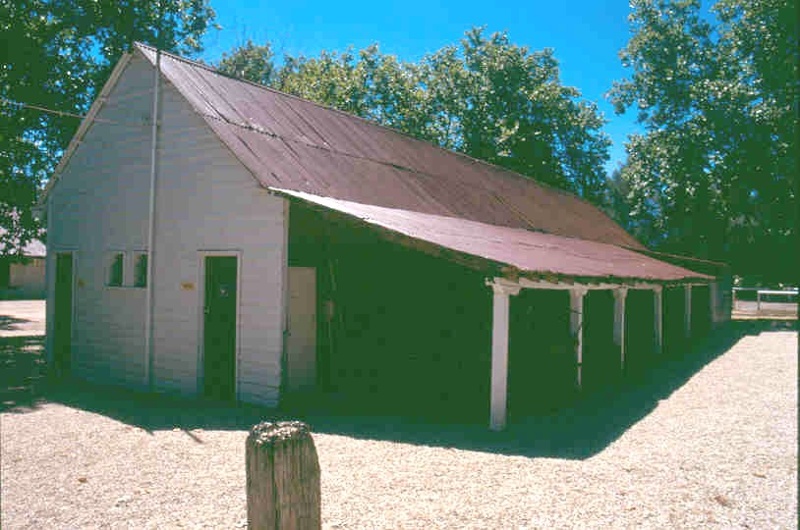 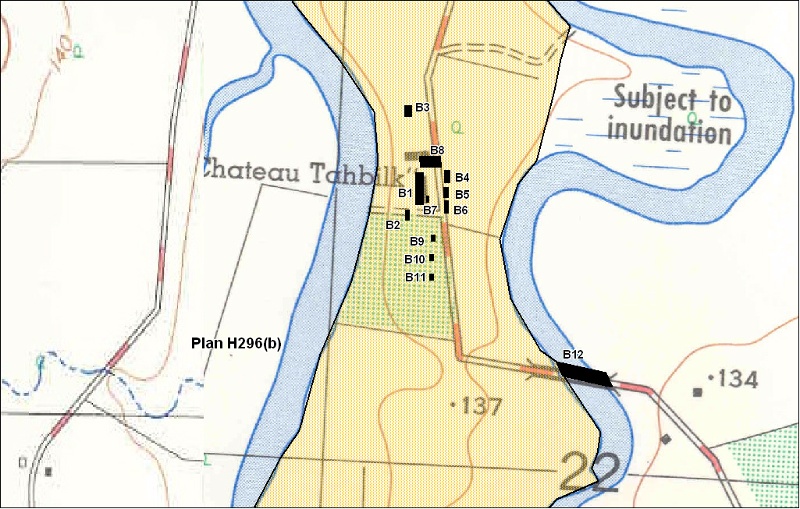 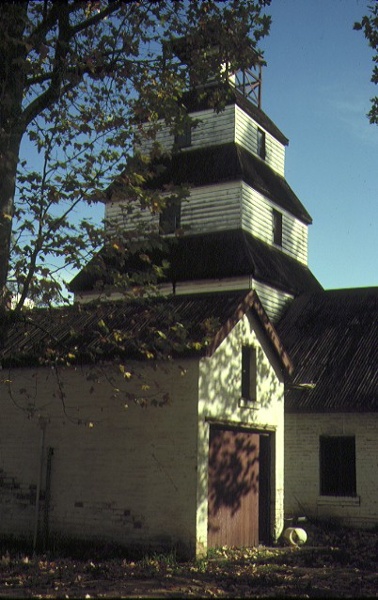 The Chateau Tahbilk winery (now trading as Tahbilk Winery and Vineyard) was begun in 1860 by entrepreneurs Richard Horne and Ludovic Marieas as the Goulburn Vineyard Proprietary Company backed by wealthy interests such as J P Bear and Hugh Glass. They bought the 640 acres of land that had been acquired by Hugh Glass as the pre-emptive right to the Tabilk pastoral property, on the bank of the Goulburn River, close to where Major Mitchell crossed in 1836. By 1861 a small harvest was made from the 66 acres which had been planted, including seven rows of Shiraz which still survive. In 1865 the winery produced 22,000 gallons of wine and by the mid 1870s had established itself amongst the largest and most successful wineries in Victoria?s developing wine industry.

The first cellar and winehouse was built in c1861, a substantial stone and brick building 300ft long, 80ft wide, with a shingle roof. At about the same time a row of small, four roomed workers cottages were built for vignerons who worked under contract on their own allotments. Three of these stone and brick cottages, with cellars and shingle roofs (now under corrugated iron) survive. The initial complex of buildings, including the extant timber stables and workshops, was supplemented by the erection in 1876 of substantial new cellars, 75m in length.

From the 1876 the company came under the control of one family, the Bears, and was reorganised from an experimental estate with a community of contracted vignerons and their families to become a more intensively cultivated winery led by Francois de Coueslant, an experienced vigneron from France. Coueslant introduced a more consistent viticultural practice with labour saving technology, including the construction in 1882 of the pagoda-like tower incorporating raised grape-crushing machinery on the first floor. The timber trestle bridge on the southern approach road to the winery was constructed prior to erection of Goulburn Weir, before 1888, and the architect was R N Roberts Jnr. It has been subsequently shortened.

In the 1880s an extensive avenue of about 200 White Mulberry (Morus alba), and about ten smaller leaved Morus australis, trees were planted. This planting by de Coueslant was an early attempt to establish a silk industry on the site but was not successful. South of the bridge is an avenue of Olive (Olea europaea subsp. europaea) trees and a windbreak row of Olives. At the winery is an avenue of fourteen Platanus x acerifolia (London Plane) planted in the late 1860s and a row of six olives.

The Bear family continued to own the winery until 1925, when it was sold to Reginald Purbrick. The Purbrick family re-established the reputation and output of the winery following decline in the early part of the twentieth century. In 1936 the original homestead was replaced by a new two storey house designed by the architectural partnership of Geoffrey Mewton and Roy Grounds. It is constructed of concrete blocks with simple vertical boarding, with gabled and skillion roofs, and multi-paned casement windows.

The garden around the 1936 homestead incorporates trees from the original house built in the 1850s, including impressive Araucaria bidwillii (Bunya Bunya Pine), Lagunaria patersonii, (Norfolk Island Hibiscus) and Ulmus x hollandica (Dutch Elm) and two old Ceratonia siliqua (Carob), one in the courtyard to the west and another north of the house. The garden complements the house and is composed as a series of garden rooms, divided by walls, hedges, shrubberies and a driveway. Spaces are landscaped with specimen trees on broad lawns. The close proximity to the Goulbourn River provides a dramatic effect on the western side where the garden is terraced down to the river. The long grape vine and wisteria covered timber pergola is mounted on unusual tapered pillars and both the pillars and the rose garden wall have been erected using bricks from the earlier house.

Chateau Tahbilk is of historical, architectural and aesthetic (landscape) significance to the State of Victoria.

Chateau Tahbilk is historically significant as Victoria's pre-eminent and largest nineteenth century vineyard. It is generally recognised as the oldest winery in Victoria. The historical complex provides tangible evidence of the dramatic early phase of the industry's growth. The pre-phylloxera Shiraz plantings are the oldest in Victoria and believed to be amongst the oldest in the world. The sheds contain a substantial collection of historic nineteenth and twentieth century machinery associated with the Chateau Tahbilk winery operation.

Chateau Tahbilk is of architectural significance for its core of buildings constructed between 1861 and the 1880s. A village atmosphere is generated by the street appearance of the London Plane trees flanked by the closely grouped stables and sheds on one side, and the main cellars, iconic stepped tower, still house and blacksmiths shop on the other. The earliest structures are vernacular, using local red gum and hand produced bricks, and some sections of remnant bark cladding also survive. The row of workers cottages is a rare survivor, and the style of these dwellings was possibly inspired by pattern book designs. The 1936 Mewton and Grounds house designed in a consciously vernacular, as-found style (and similar to an earlier house by the partnership, Lyncroft, built at Shoreham in 1935) is consistent with the fundamentally vernacular nature of the core complex.

The Chateau Tahbilk designed landscape is of outstanding aesthetic (landscape) and historical significance. The avenue planting of White Mulberries is the only example in the State, and amongst the oldest planting of the species in Victoria, and a major feature in the Chateau Tahbilk landscape. A surviving stand of about ten White Mulberries from the 1880s also occur at Bontharambo. At the cellars is an outstanding avenue planting of fourteen London Plane trees and a row of six old Olives planted along the southern boundary of the garden planted about 1880. The garden planting and layout is an outstanding design, and a fine example of the style of garden popularised during the 1930s.