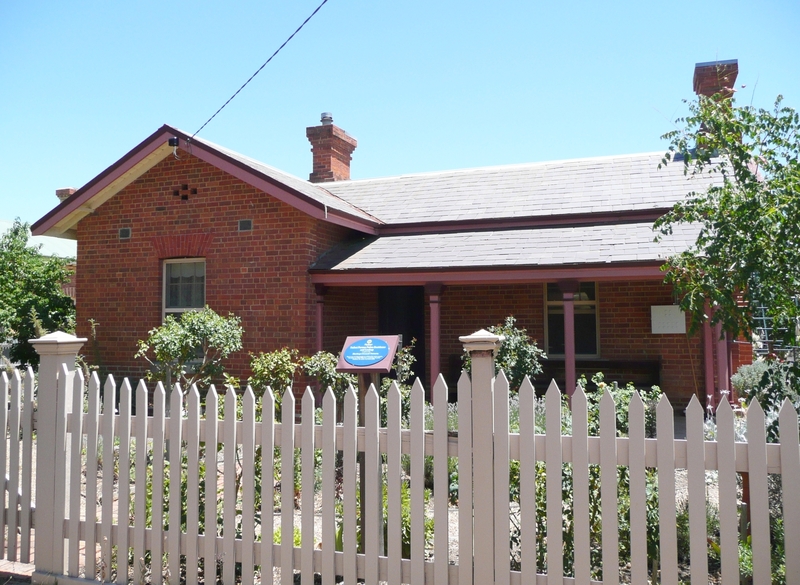 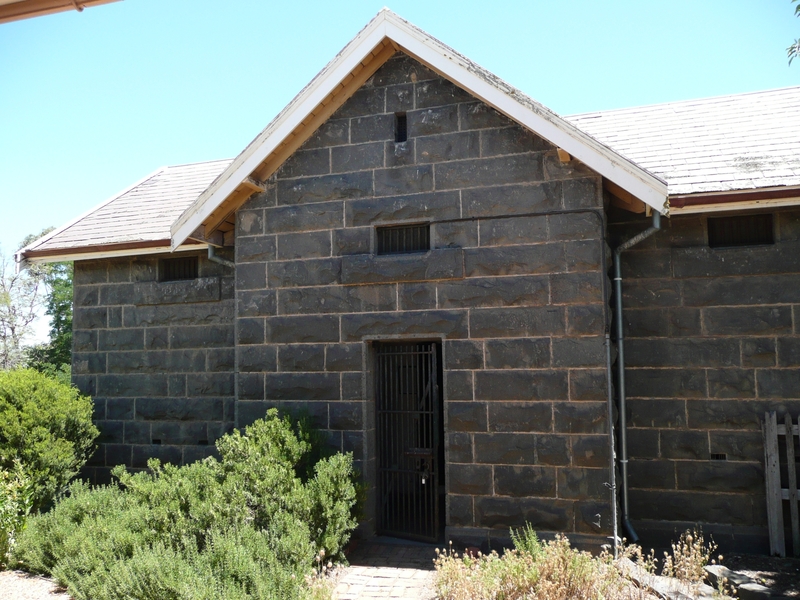 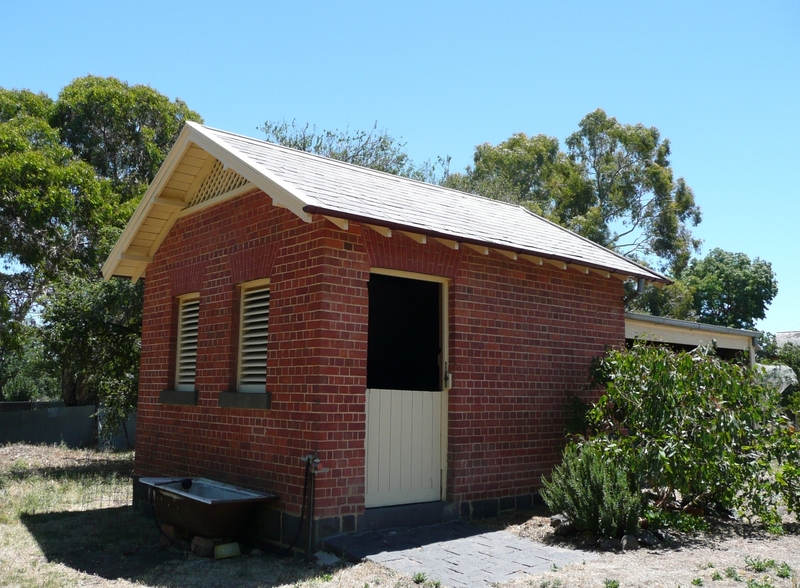 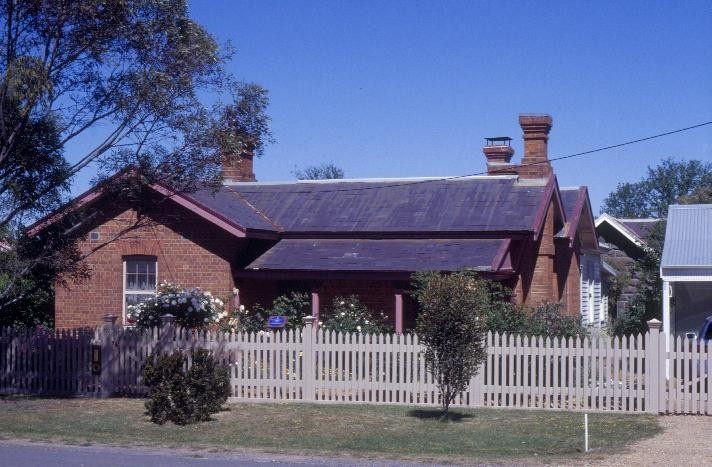 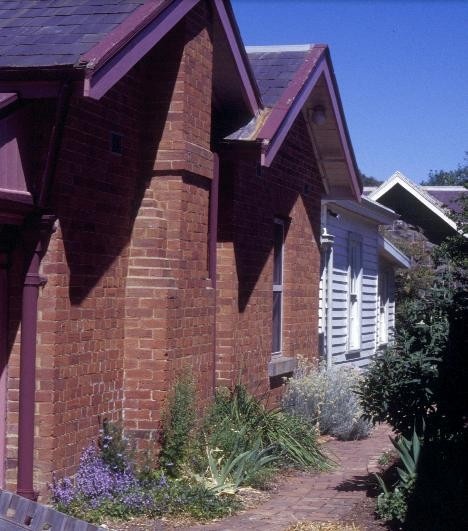 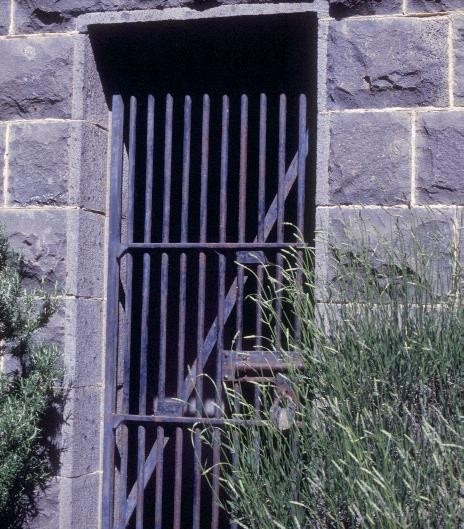 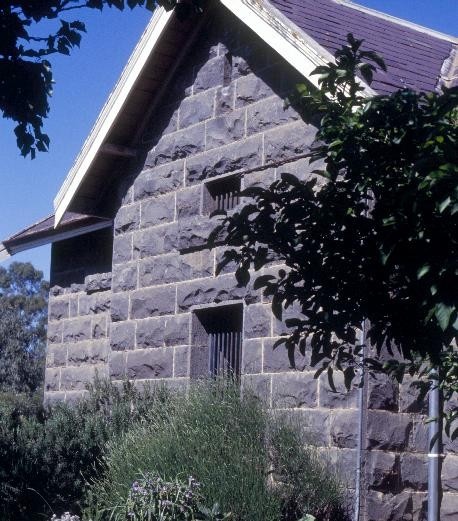 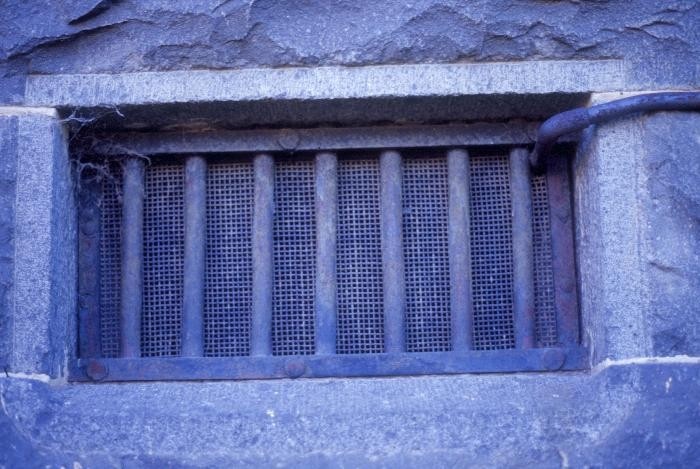 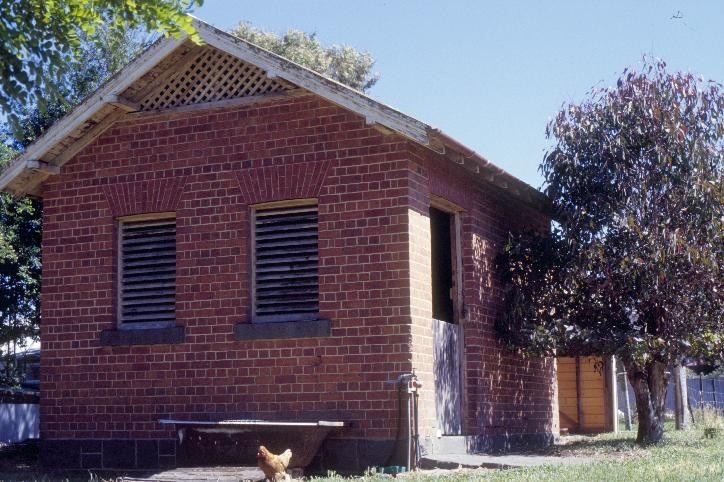 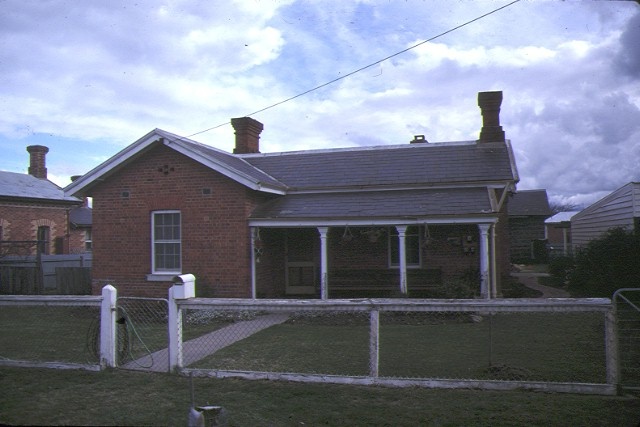 The Lock-up is constructed of coursed rusticated bluestone on a smooth finished plinth and the corners and openings have arrised edges. The building has three cells and a lobby and is planned with a long gabled wing. The roof is clad with slate, has broadened eaves and the gables have simple timber bargeboards. The building is substantially intact and retains the grilles to the slit windows, its iron doors and cast- iron roof-plumbing (one down-pipe has been removed).

The Talbot Lock-up pre-dates the other two known examples of this type of lock-up in Victoria (Smythesdale, 1869 and Bairnsdale, 1890) and is complete with the residence and stables. It is a reasonably rare surviving example of a sizeable country lock-up in bluestone given additional significance by its siting within the public precinct of the town and in proximity to its related police buildings and as a survivor of the middle years of the Talbot and Clunes gold rushes.

The residence is a standard Public Works Department design of the time and is constructed of face red brick with a slate roof. It is double- fronted with an asymmetrical gabled projection and a verandah on timber posts. Originally of four rooms, it has been extended to the rear.
The stable is a small rectangular building constructed of face red brickwork on a coursed bluestone plinth with a gabled slate roof with a gabled slate roof with deep eaves and has lattice work at the head of the gables. It retains its brick floor.

The Talbot police buildings derive their significance primarily from the bluestone lock-up but, taken as a whole, present a significant reminder of the police work on the goldfields of Victoria.