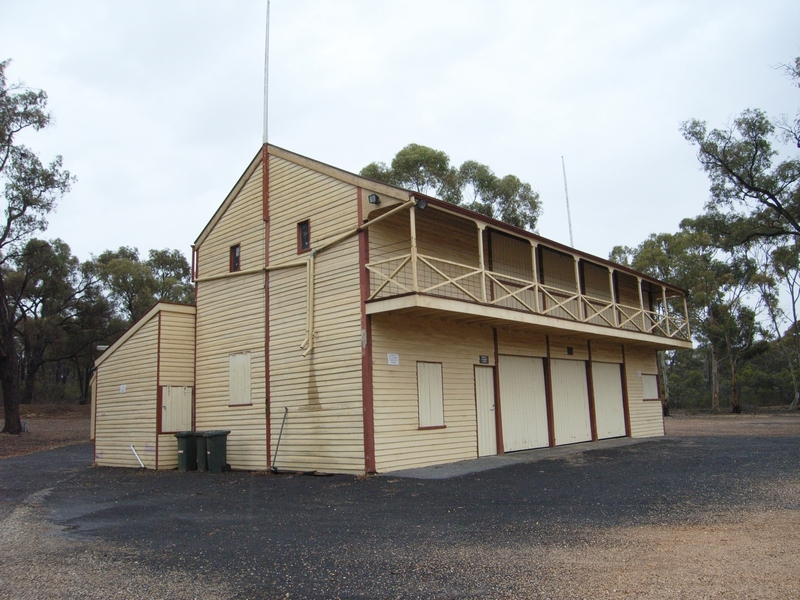 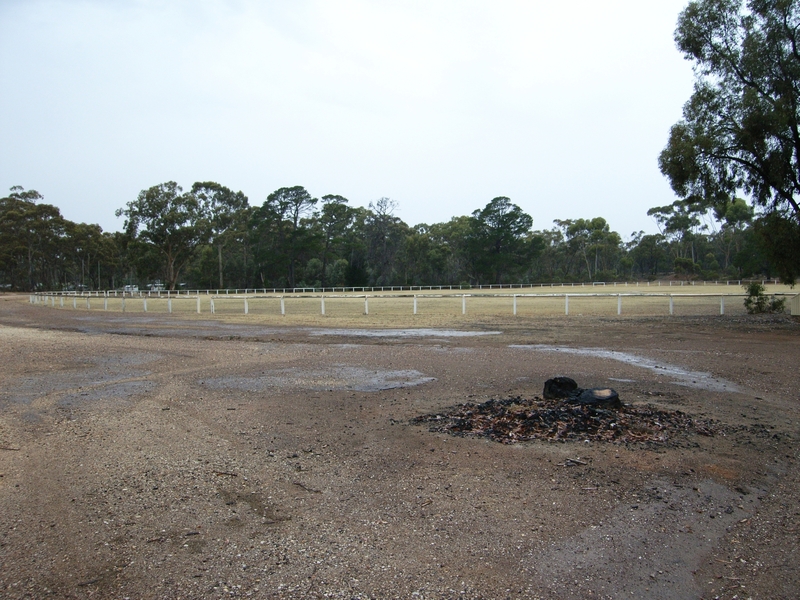 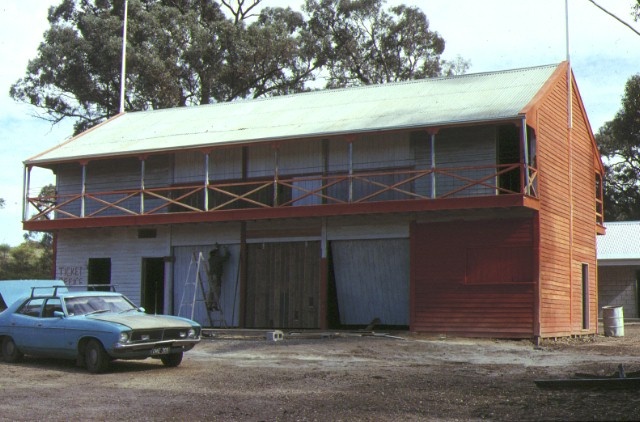 The township of Tarnagulla involved one of the biggest gatherings of diggers in the shire of Bet Bet area whose goldfields were among the most important in Victoria in the years between 1852 and 1858. Only a small proportion of goldrush diggers stayed on to establish town and farms.

This recreation reserve and cricket pavilion remains as an enduring symbol of the community building aspirations of those members of the "gold generation" who stayed in the area. The recreation reserve was also significant as one of the few areas exempt from mining. The ground was cleared by the Tarnagulla cricket club in 1862 and ten years later a boundary fence was erected.

The pavilion (sometimes known as "the grandstand") was erected in 1882 to complement other facilities. Both the grandstand and the reserve are important symbols of the early history of the town. The grandstand, with its timber construction and detailing, is a typical expression of both the community and the country location. The pavilion is believed to be one of the oldest of its type in the state and is indicative of the importance attached to sport by these communities. The reserve was visited by touring cricket teams. The famous English cricketer Dr WG Grace is believed to have played there.