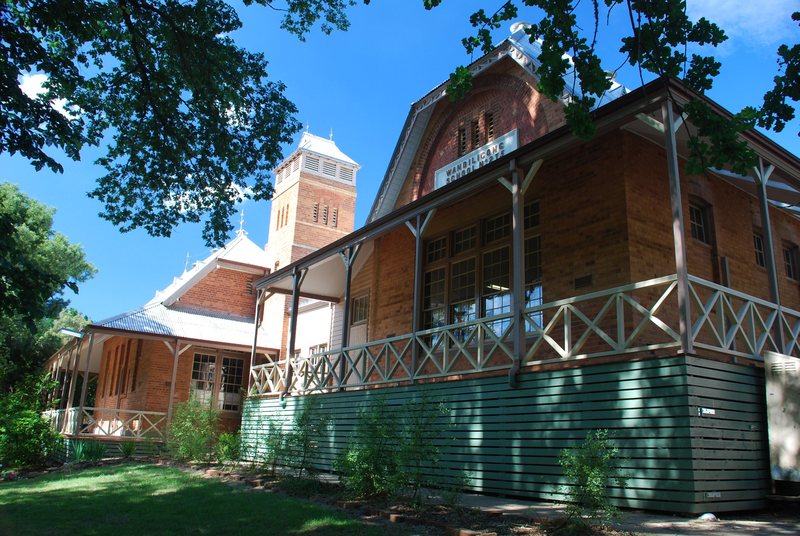 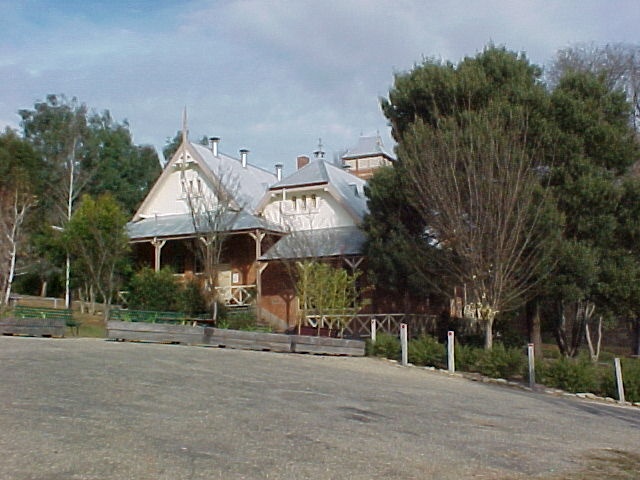 Primary School No. 275, Wandiligong including the 1877 school building and the 1881 additions. All other buildings, structures and hard landscaping are not of significance.

Primary School No. 275, Wandiligong opened in 1877, and was designed by Henry R. Bastow, chief architect for the Education Department. Wandiligong was established during the 1850s gold rush, when the development of mines in the areas resulted in a stable community. The first school in the town was opened by the Presbyterian Church in 1860 and it became Common School No. 275 in 1862. A timber school room was built in 1870, and in 1876 a request for a substantial brick building was agreed to by the Education Department. The new school building with accommodation for 200 children opened the following year and the 1870 timber building became the teachers' residence. Additions to the school building, of a similar style to the original, were made in 1881. The school continues to operate and four additional buildings of lightweight construction have been added to the north and south boundaries of the school site. A covered play area and a brick toilet block has been constructed at the rear of the school building.

Primary School No. 275, Wandiligong is an asymmetrical brick building with a distinctive square tower, and is constructed on two levels in response to the sloped site. It has a high pitched corrugated iron roof and verandahs which are extensions of the main roof, but at a lower pitch. The 1877 building incorporates a gabled roof section and, at a lower level, an adjacent section with jerkin-head roof. Rectangular paned windows, roof finials and vents are a feature of the original building, and these, together with the jerkin-head roof form and verandahs, are repeated in the 1881 section at the rear. Gothic influenced brick arches in the gable ends and contrasting red brickwork in a distinctive herringbone pattern to the rear section contribute to the overall picturesque nature of the composition of the building. Ventilation was a major health concern in the design of school buildings in the late nineteenth century, and it is believed that the first appearance of the Tobin tube in school design occurred at Wandiligong Primary School. Named after its English inventor, this system was developed in c. 1874 and required a horizontal opening in an exterior wall at floor level, leading to a vertical tube, attached to the inside face of a wall. This system was adopted in a large number of new schools thereafter.

There is presently no Registered Aboriginal Party (RAP) for the area in which the Primary School No. 275, Wandiligong is located. The Taungurung Clans Aboriginal Corporation (TCAC) are currently negotiating a recognition and settlement agreement for this area under the Traditional Owner Settlement Act 2010. (June 2017)

Primary School No. 275, Wandiligong is of historical and architectural significance to the State of Victoria. It satisfies the following criteria for inclusion in the Victorian Heritage Register:

Importance in demonstrating the principal characteristics of a class of cultural places.

Primary School No. 275, Wandiligong is significant at the State level for the following reasons:

Primary School No. 275, Wandiligong is of historical significance for its associations with the gold rush period. It is an important remnant in the town, illustrative of the growth that occurred in the region as a result of the Victorian gold rush. [Criterion A]

Primary School No. 275, Wandiligong is of architectural significance. The principal characteristics of the class of nineteenth century school buildings is evident in the physical fabric of the place, including multiple classrooms with large windows and circulation spaces between the classrooms. Primary School No. 275, Wandiligong is a notable example of the class of school buildings for its highly picturesque design, set on two levels, with a distinctive square tower. It was one of the first school buildings to incorporate verandahs into its design, showing a sensitivity to the Australian climate. [Criterion D]

Wandiligong Primary School is of architectural significance as one of the first to include the innovative Tobin tube in an attempt to address the important issue of ventilation in schools. Developed only a few years earlier in England, this was an early adoption of this method, subsequently used widely for a number of years in Victoria. [Criterion D]