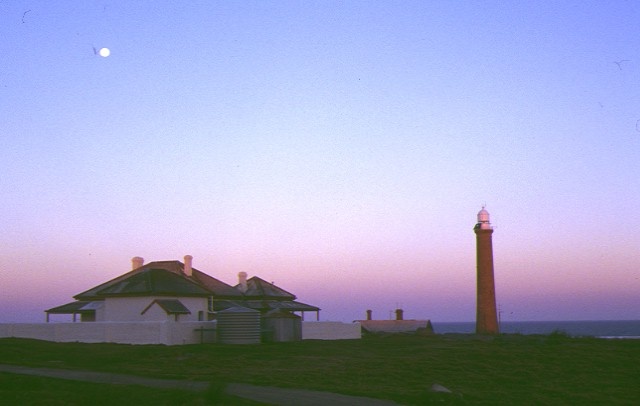 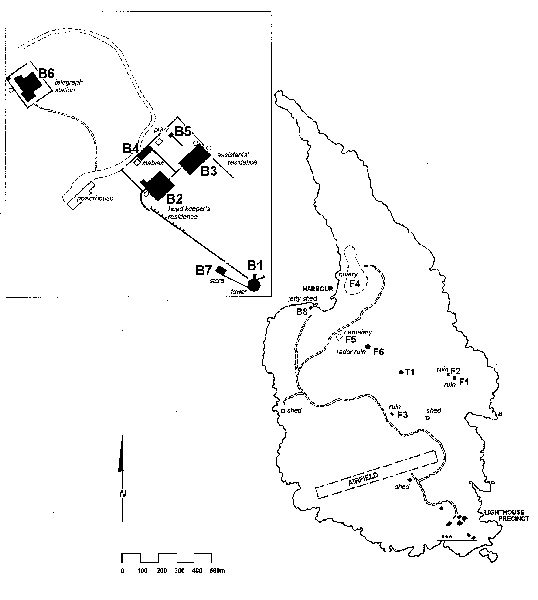 What is significant?
The original decision to construct a lighthouse on Gabo Island flowed from discussions between Governors Gipps of New South Wales and Franklin of Van Diemen?s Land in 1841 concerning the desirability of a system of lights to aid shipping through the difficult waters of Bass Strait. In 1848 a light was completed at Cape Otway but the construction of the original Gabo Island light was abandoned in the same year because of an unsuitable site. After the wreck of the SS Monumental City on nearby Tullaberga Island in 1853 a temporary wooden lighthouse was erected on the highest point of the island. The present lightstation, consisting of a tower and three residences, was constructed of the local pink granite in 1859-62 to the design of Victorian Public Works Department architect Charles Maplestone. In 1886-88 a telegraph operator?s residence was constructed in mass concrete to the design of NSW Colonial Architect James Barnet. As well as activity connected with navigation, Gabo Island has a history of use as a sealing and whaling site, a source of fine building stone and as a Second World War radar station.

How is it significant?
The Gabo Island Lightstation is of historical, architectural and archaeological significance to the State of Victoria

Why is it significant?
Gabo Island Lightstation is historically significant as a key component in the original system of navigation aids planned for Bass Strait in 1841. The location of Gabo Island at one of the ?corners? of Australia adds to this significance. Of all the early lightstation in Victoria Gabo Island is the most intact retaining all its principal buildings. The telegraph building is of historical interest as an unusual example of a New South Wales government building on Victorian soil.

Gabo Island Lightstation is architecturally significant for the high standard of its building design attributed to Charles Maplestone. The tower itself is a remarkably well proportioned structure whose finely crafted pink granite is without parallel in Australia. The profile of the ltower was replicated at all subsequent manned lighthouses in Victoria. The residences, with their typical protective walls, are similar to Maplestone?s other work at Cape Schanck, Wilsons Promontory and Cape Otway but more finely detailed. The telegraph building is of architectural interest as an early (1886) use of mass concrete in a residential building and as the only concrete lightstation residence in Victoria.

Gabo Island, and in particular the area around the harbour, is of archaeological significance for the potential and known existence of artefactual remains from many important periods including aboriginal, early sealing and whaling, early lightstation, quarrying, later lightstation, military and maritime (shipwrecks).