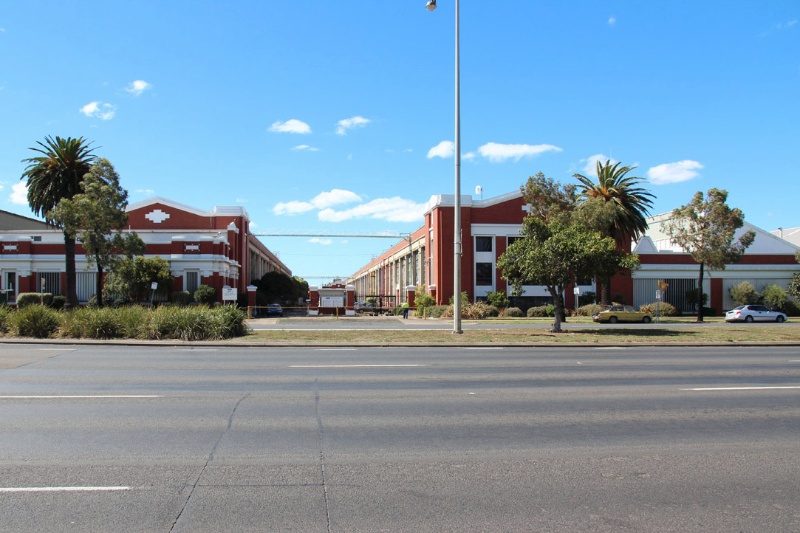 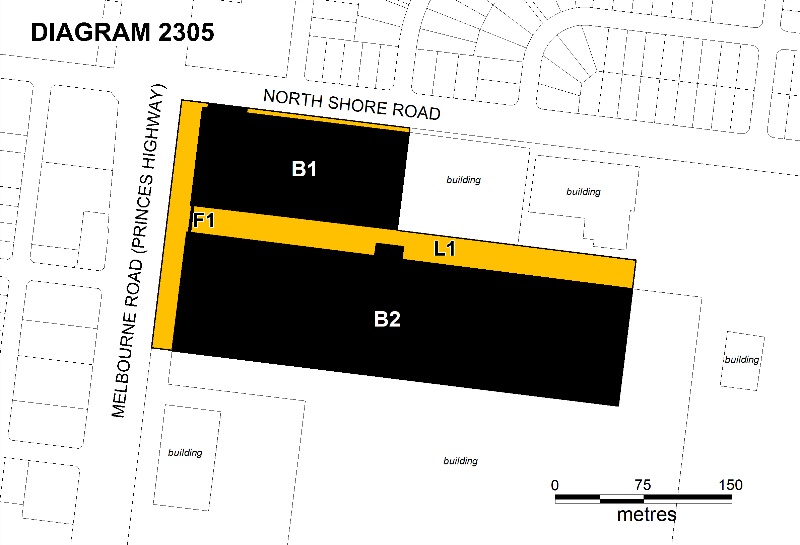 The Ford Motor Company Complex in Norlane, a suburb of Geelong, consists of two steel-framed factory buildings with attached offices behind red brick and painted render Stripped Classical style facades separated by a laneway with brick gate piers marking the entry on Melbourne Road. The buildings were constructed in stages between 1925 and 1942. Six Canary Island Palms (Phoenix canariensis) line the front of the buildings and contribute to the formal presentation of the Place.

After the Commonwealth government banned the importation of car bodies during World War I, Ford fitted imported chassis with bodies made in small plants in several states. In the interests of uniformity and efficiency, the Ford Motor Company of Canada, which ran Ford's operations throughout the British Commonwealth, opted to establish an Australian headquarters in Geelong. A manufacturing plant was to supply bodies to an adjacent assembly plant, as well as to assembly plants in four other states. A 40 hectare site was purchased from the Geelong Harbour Trust in March 1925 and the two buildings were completed in 1926. The engineers were Fyvie and Stewart in association with architect W.J. Grassick. The builder was Concrete Constructions Ltd and the steel was fabricated by Johns and Waygood. From 1908, Ford had developed assembly line methods for mass production, culminating in the Model T in 1913. From 1918, Ford's architect Albert Kahn designed a new type of plant building to suit the assembly line. This widely applied solution was used by Ford Canada for its 1923 Toronto plant, which in turn provided the model for the Geelong buildings. The offices fronting the Geelong assembly building housed the headquarters of the Ford Motor Company of Australia and those fronting the manufacturing building housed the Ford Manufacturing Company of Australia.

The first Model As produced at Geelong were distributed in mid-1928. From 1934 up to 1942, both buildings were extended eastwards in the same configuration. Ford developed military vehicles at Geelong for the Defence Department from 1936, and commenced large-scale production of military vehicles and armaments in 1939. By the company's fiftieth anniversary in 1953, Ford was Geelong's biggest employer with over 5000 workers, and the manufacture of V8 engines was introduced. In 1959, assembly operations were moved to a major new plant at Campbellfield, north of Melbourne, and the Australian headquarters was shifted there in 1961.

The fronts of both buildings feature offices behind Stripped Classical style facades in red brick and render. The long factory side-walls feature a more simplified scheme of curtain-walling with rendered concrete columns and lintels and steel framed windows with brick panels below. The factories have a steel-framed structure providing a broad unimpeded central manufacturing space, flanked by craneway bays. The undersides of the trusses of the manufacturing spaces are designed to support overhead trolleys and services for the assembly lines below. The arrangement of central 'M' roof with flanking smaller 'A' roofs and gabled craneway roofs has continuities with Ford plants of the period world-wide. The various clerestory windows were designed to provide copious day-lighting and ventilation. Roofs were clad in heavy corrugated asbestos cement with concrete slabs for the flat sections.

The Ford Motor Complex is of historical, technological, social, aesthetic and architectural significance to the State of Victoria.

The Ford Motor Company Complex is of historical and technological significance as the first large factory complex in the State designed specifically to accommodate mass production using assembly line methods.

Ford Motor Company Complex is of architectural significance as a relatively intact example of a large-scale industrial complex of the interwar period which integrates Stripped Classical style facades with a modern steel-structured factory building designed for the assembly line. The Complex is also of architectural significance for its innovative design and the way in which it was influenced by international developments in the planning and architecture of large-scale manufacturing plants during the interwar period.

The Ford Motor Company Complex is of aesthetic significance as competent example of the interwar Stripped Classical style of building that, in scale and overall composition, presents powerfully to Melbourne Road.

The Ford Motor Company Complex is of social significance to the community of Geelong for the central role Ford has played in the development of Victoria's second major city over some 50 years.