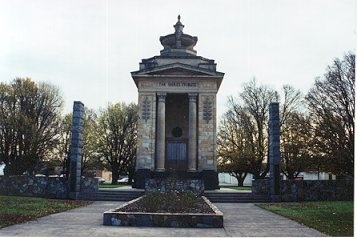 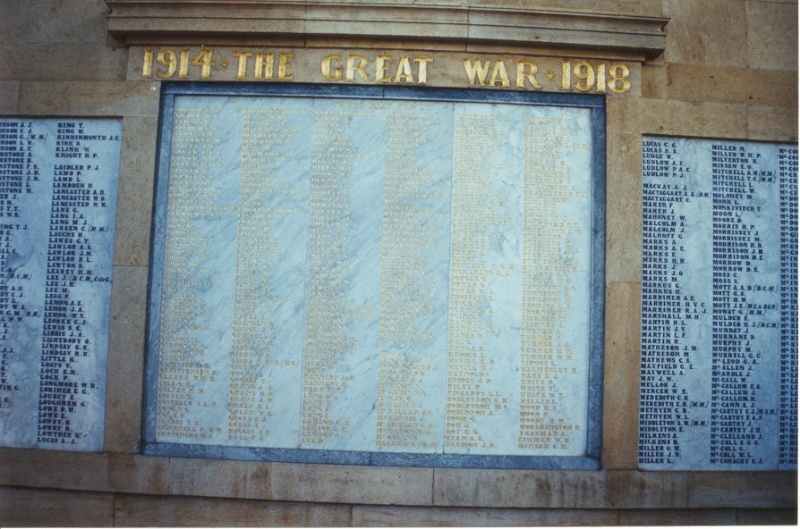 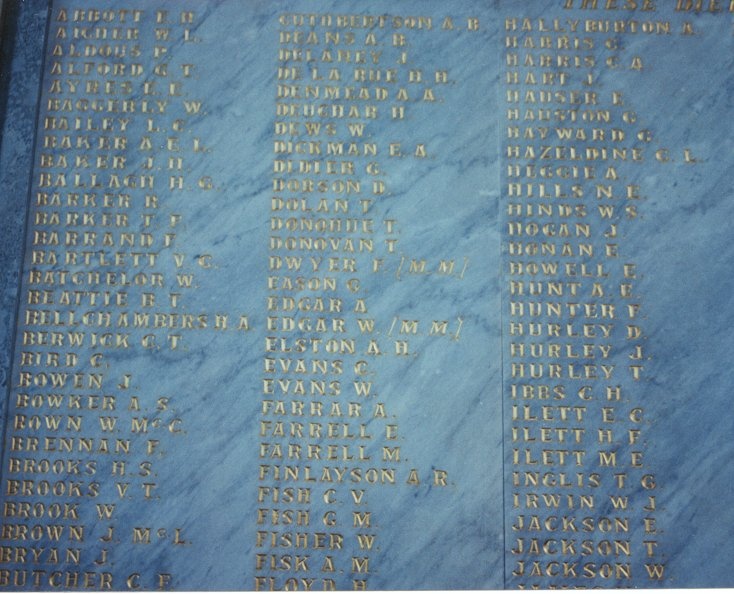 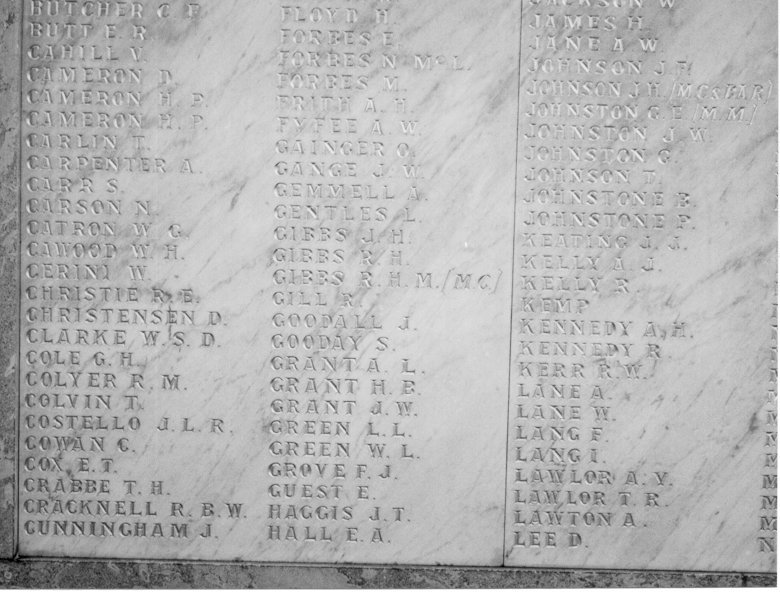 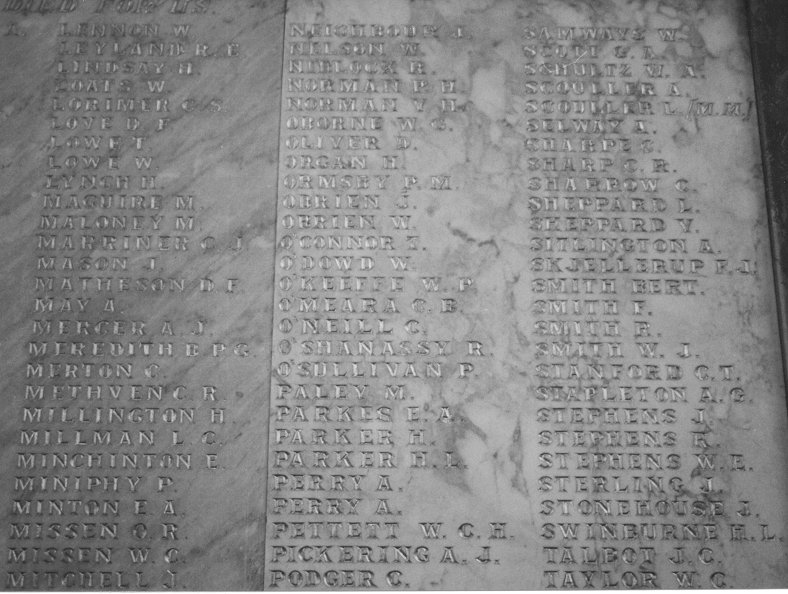 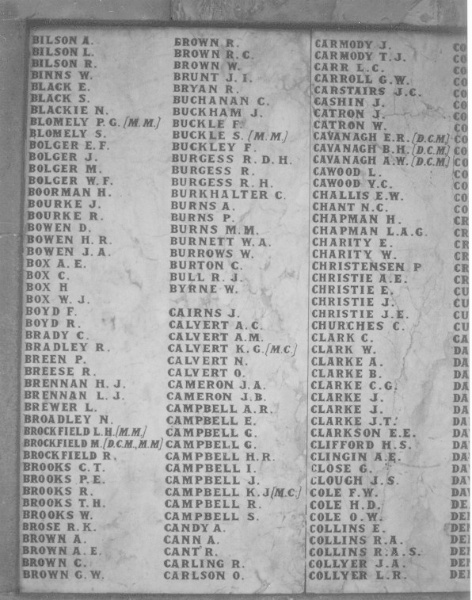 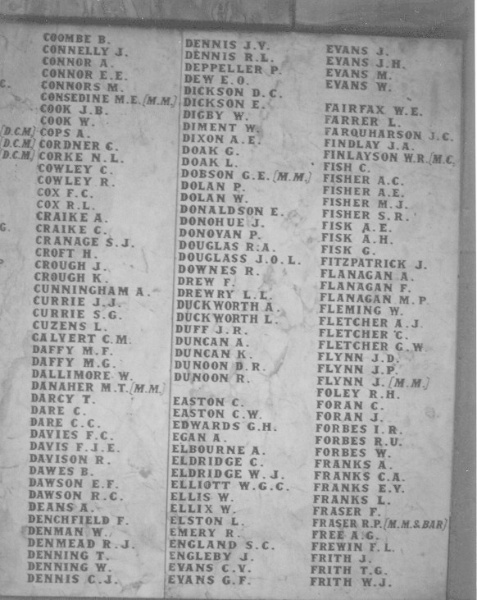 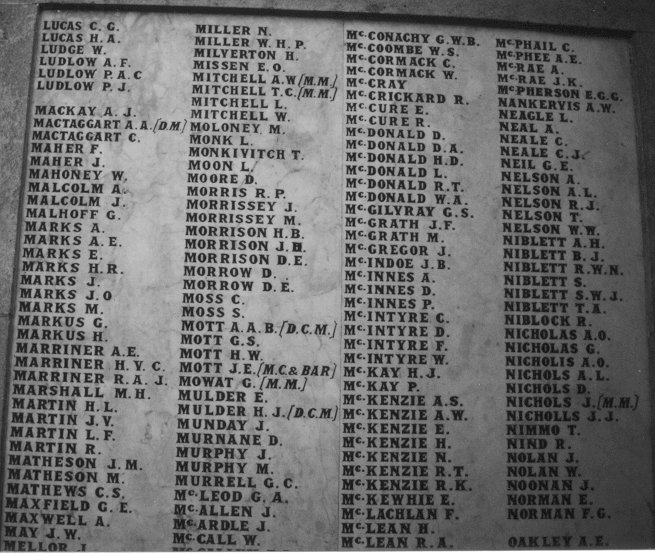 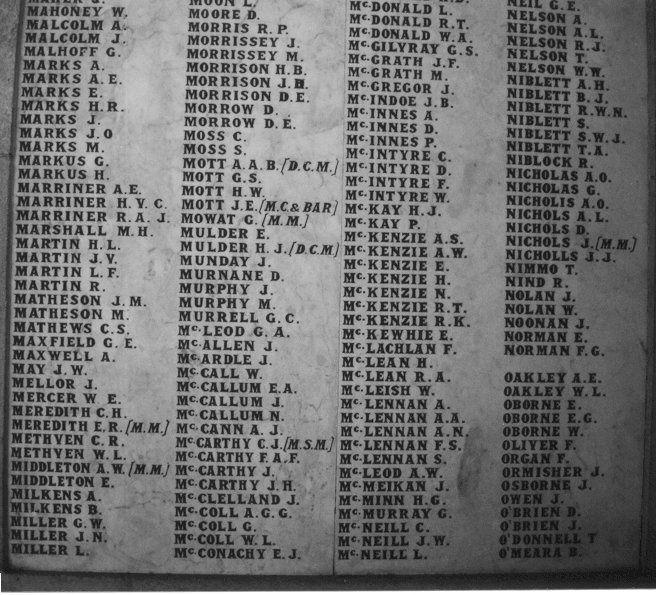 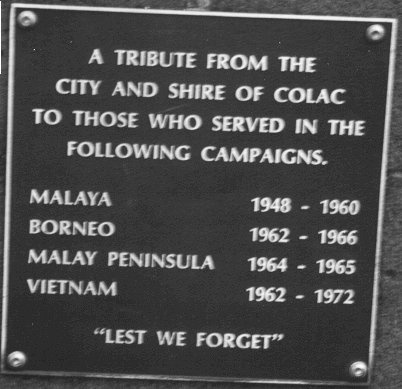 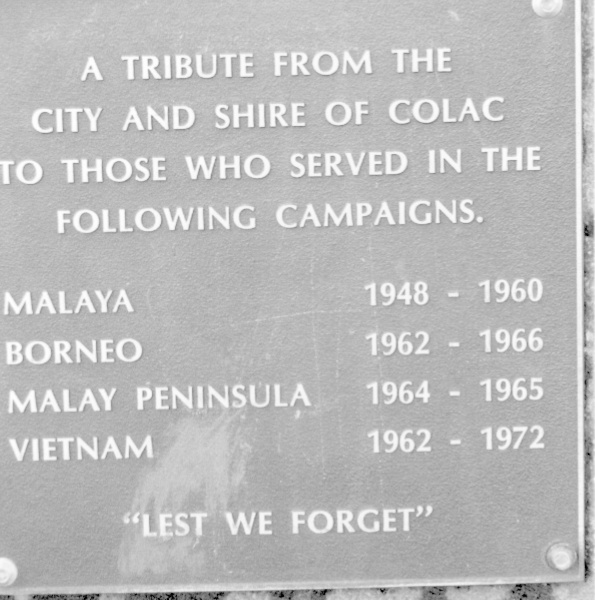 STATEMENT OF SIGNIFICANCE :
The Colac Memorial Square, bounded by Murray, Gellibrand, Dennis and Hesse Streets, is a World War 1 memorial reserve that evolved from the Market Reserve set aside when Colac was surveyed in 1864. Now known as Memorial Square, the areas incorporates a large walk-in war memorial (c1924) at its centre designed by Frederick Sales, and a generally symmetrical path system with extensive plantings of mature Ulmus procera (English Elm) framing the centrepiece. The Memorial Square also includes a number of memorials that commemorate members of the community, including those to Andrew Fisher, Fountain The St Johns Gymnastic Club, Rotary Club Clock, the Cliff Young Memorial Track and Plaque, the Lone Pine Plaque and the Jack Dillon Fountain and Plaque. The square is the focal point for community activities in the district, and is a popular recreational site providing respite for travellers passing through the Shire. The Memorial Square is of historical, architectural, aesthetic and social importance to the Shire of Colac Otway. The Memorial Square is historically important for its commemoration of the service and sacrifices of the Colac and district communities. The Memorial Square is architecturally important as one of the most impressive walk-in war memorials in regional Victoria. The Memorial Square is aesthetically and socially important as a public open space in continual use since the first settlement of Colac.