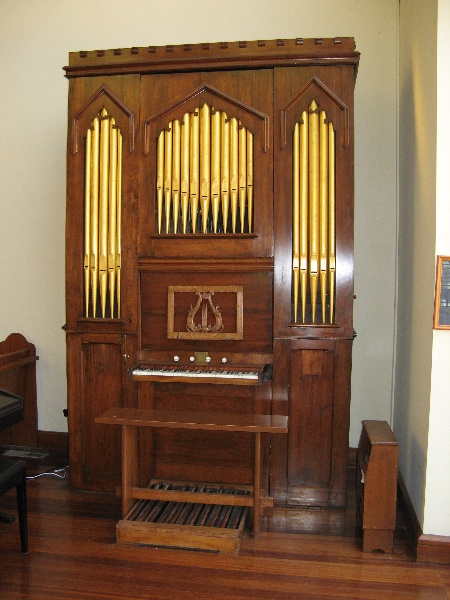 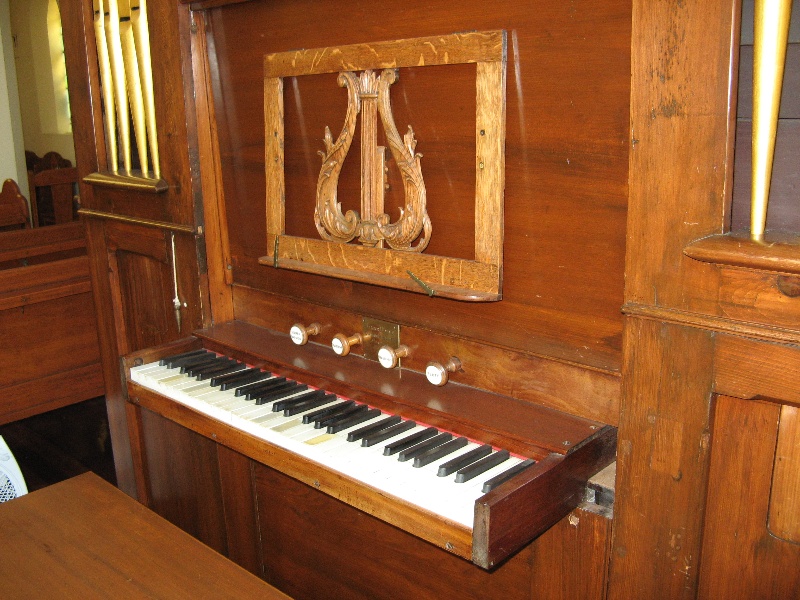 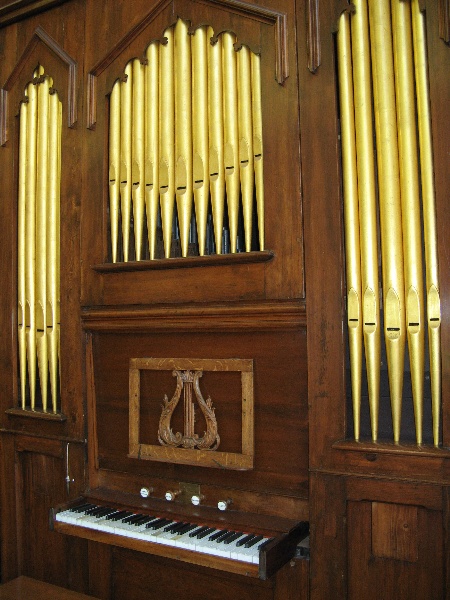 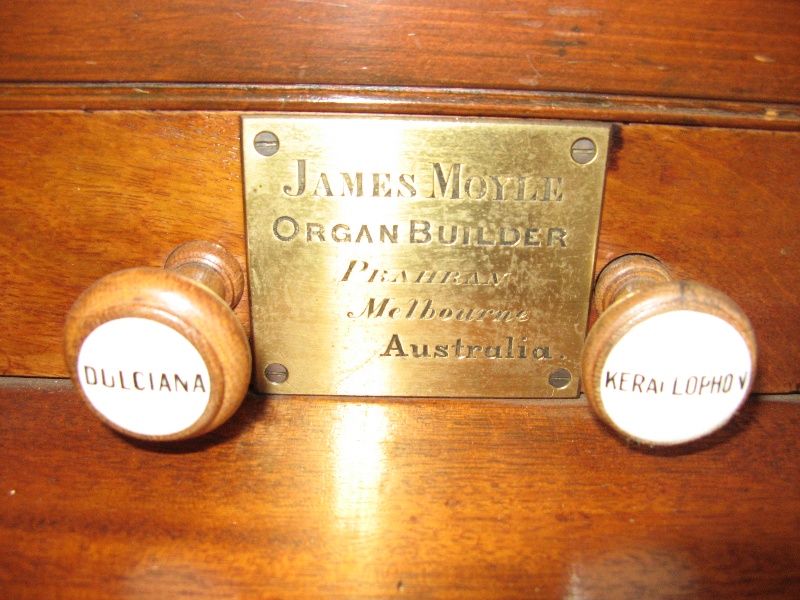 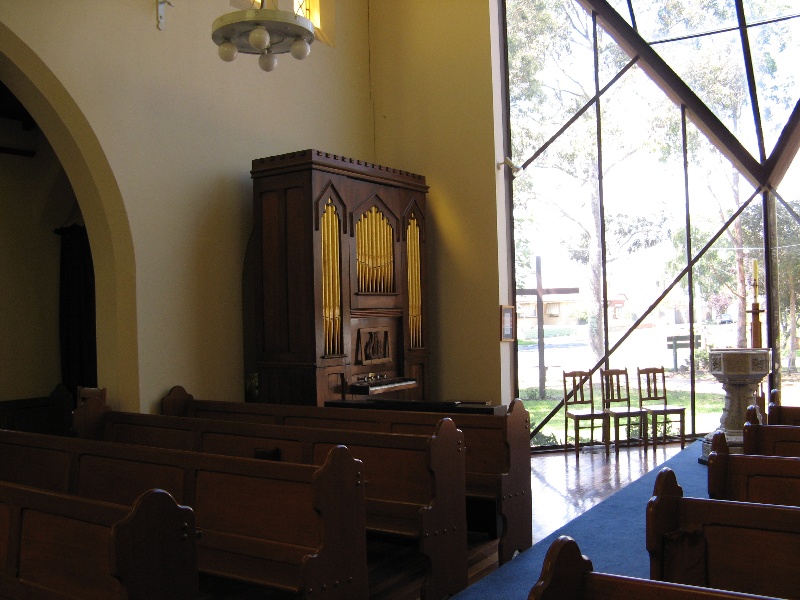 The Moyle organ now in St Linus' Anglican Church was built, probably in the 1850s, by James Moyle of Prahran, who was among the first organbuilders in Melbourne. Little is known of the history of the organ. It is likely to have been built for a private home, and it could have been at one stage in St John's Anglican Church, Horsham. By 1930 it was in St Cuthbert's Anglican Church, Brunswick, but was removed in about 1975 and stored at Christ Church, Brunswick. In 1978 it was given by the parish to the National Trust of Australia (Victoria). The restoration of the instrument began in 1984 following an appeal, launched in 1983 by the then Prime Minister, Bob Hawke, organised by the Organ Historical Trust of Australia. The restoration, of the windchest (including the fitting of a new table), bellows, action and pipework, was carried out by George Fincham & Sons of Richmond. The casework was restored by George Vlahiogannis, of Rendec Pty Ltd of Northcote. In 1985, following the restoration, the organ was placed in St Linus Anglican Church, Merlynston on permanent loan from the National Trust.

This organ is a small instrument of chamber organ dimensions, with a distinctive Gothic style case. There are three flats of gilded wooden dummy pipes placed within three cusped arches on the front of the instrument. The cornice of the case is boldly crenellated and the music desk, carved in oak, incorporates a lyre motif. The casework is of pine which has been stained and finished to resemble cedar, although the latter material has been used for the keyboard assembly. The hood moulds above the three cusped arches were at some stage removed and have been replaced. The original builder's nameplate survives. The wooden pipework bears the impressed mark 'J. Moyle', but the metal pipework was almost certainly imported.

The Moyle organ is of historical significance to the state of Victoria.

The Moyle organ in St Linus' Anglican Church is of historical significance as the earliest known example of local organbuilding in Victoria. It is the only known surviving example of the work of James Moyle, who began work in Melbourne in 1848 and was among the first organbuilders in Victoria.

The Moyle organ has social significance for its continuing role in aiding religious worship in the state since the early days of European settlement.