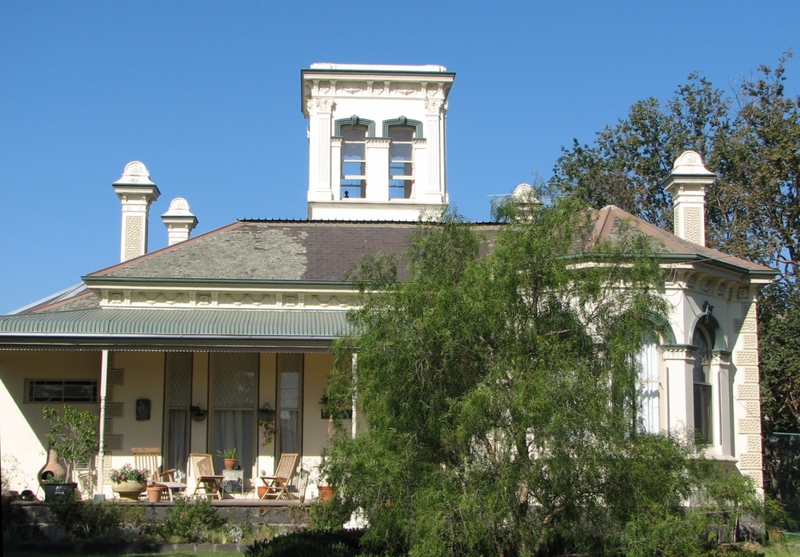 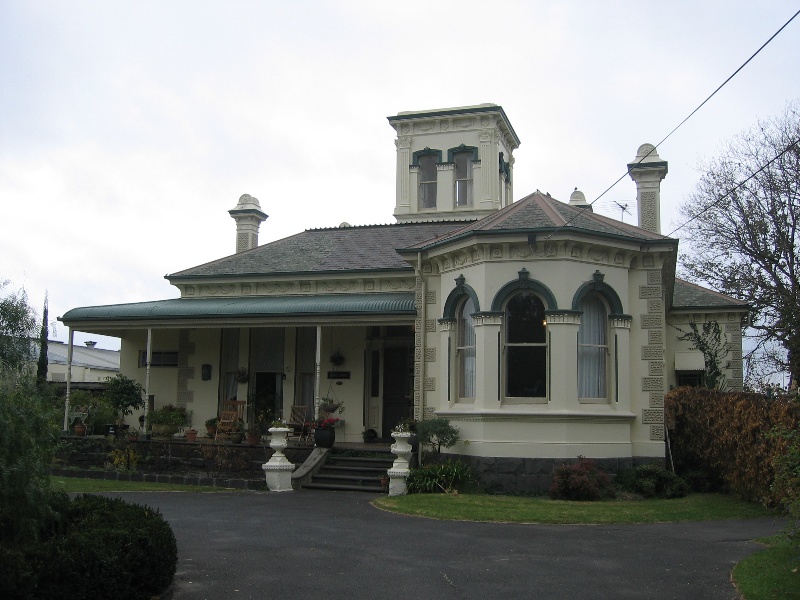 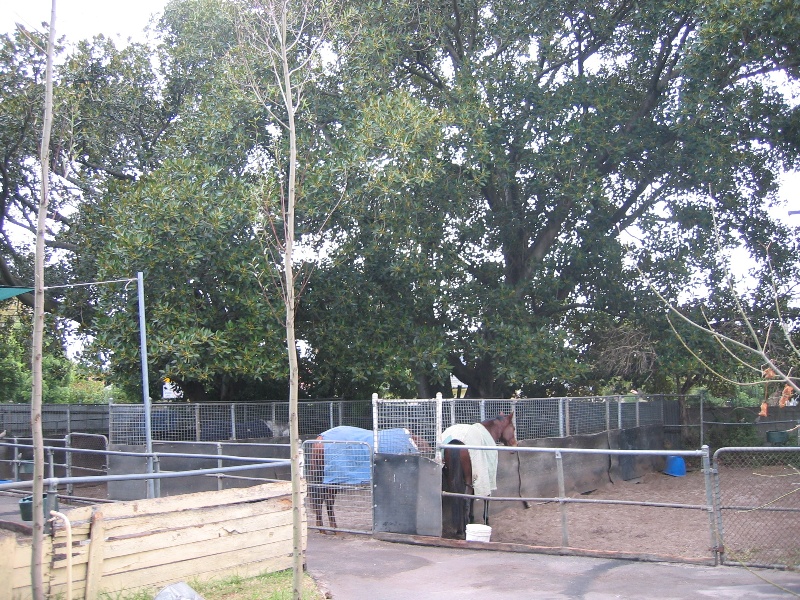 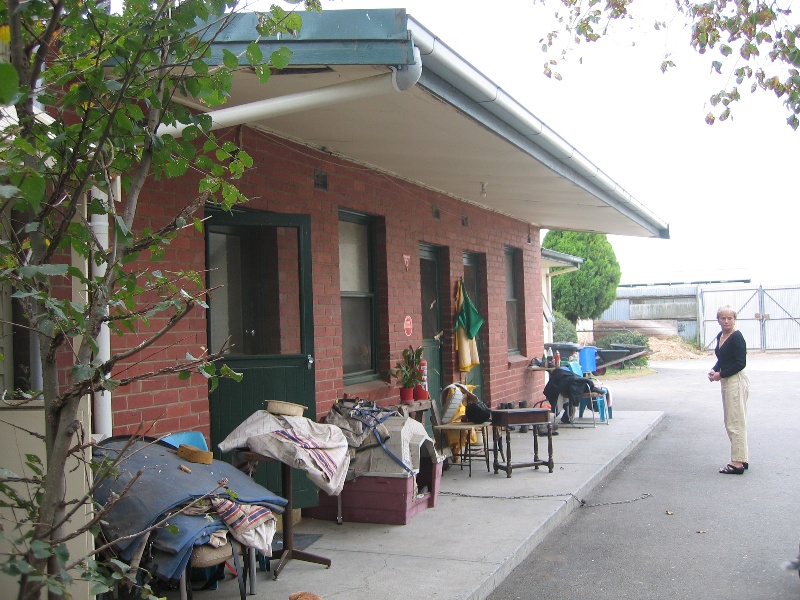 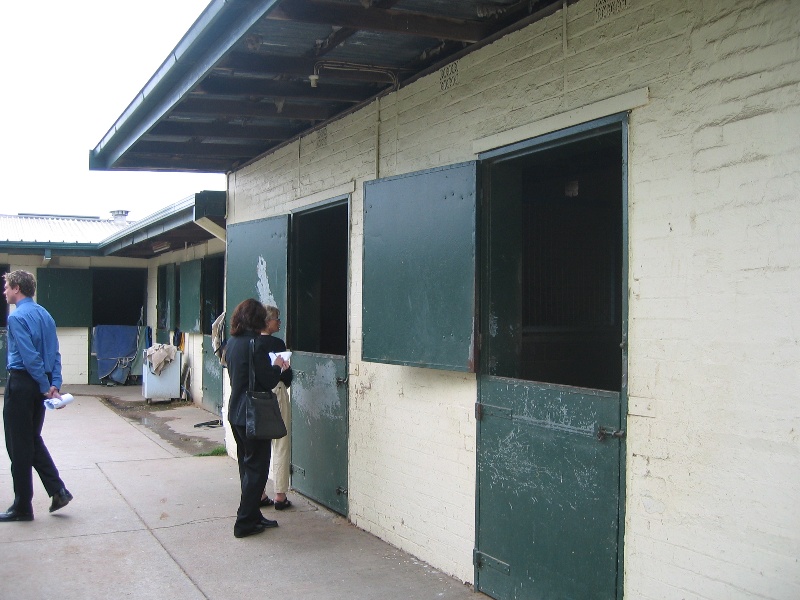 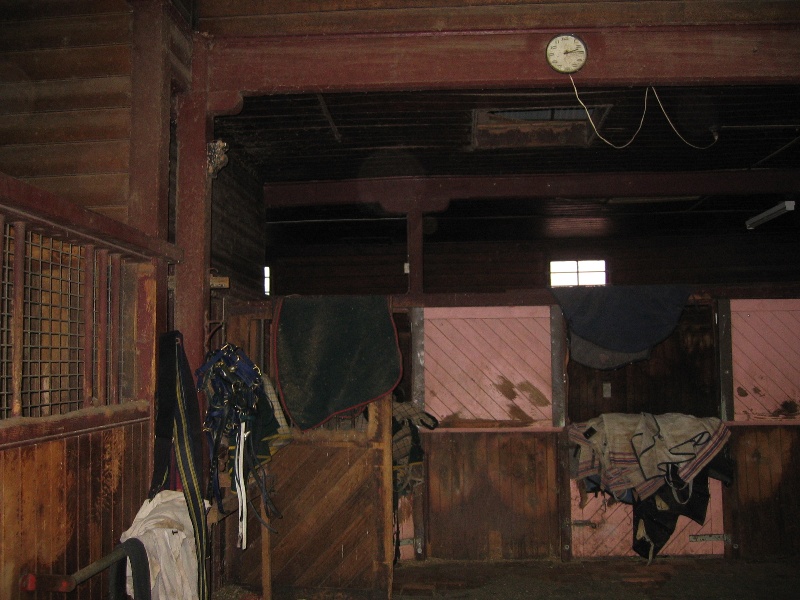 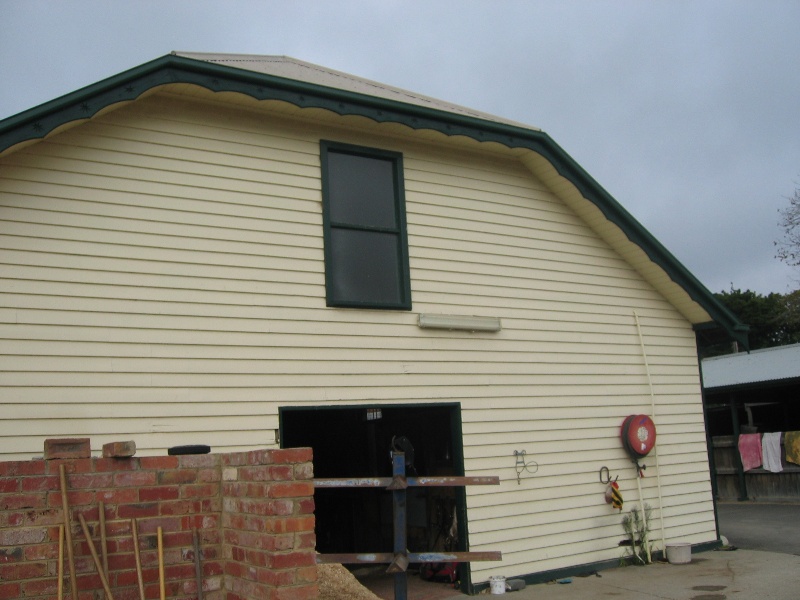 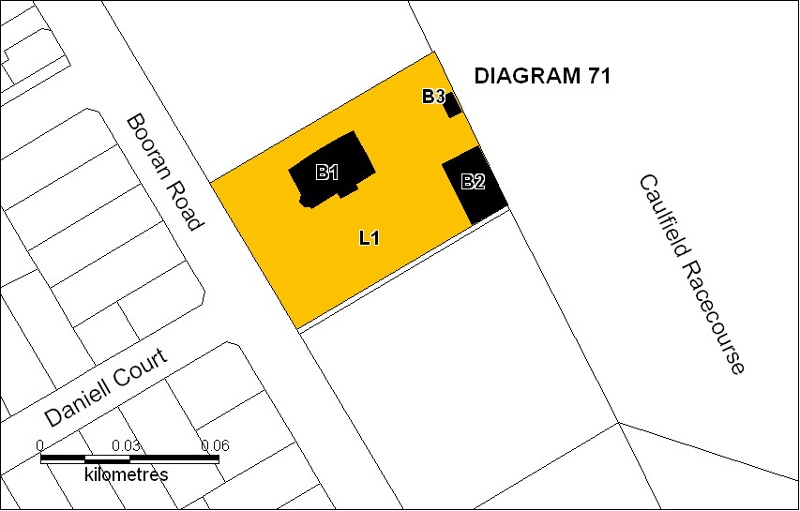 Lord Lodge is a thoroughbred racehorse training complex adjacent to Caulfield Racecourse, established in 1890. The area immediately around the racecourse has been associated with horse racing activities and businesses servicing the industry since the development of the racecourse in late the 19th century. Lord Lodge was named by the present occupants after the champion racehorse Lord who was stabled there in the 1950s. In the early 20th century the property was known as 'Andover' and subsequently 'Moidart'.

The site consists of a single storey brick Italianate villa, jockeys' quarters, stables and open day yards with direct access to Caulfield racecourse from the rear of the property. The villa of 10 rooms on bluestone foundations was constructed in 1890 by John Leek, a horse trainer who purchased the newly subdivided land in 1888. The house has many Victorian Italianate or Boom Style features although it is more modest than many villas of its style. It has an asymmetrical facade with a faceted bay window and a prominent central tower with low pitch pyramidal roof that provides a clear view of the racecourse. Other characteristic features include stilted segmented arches, bracketed eaves, stucco wall finish and cast cement ornamentation. A room has been added on the north-facing verandah in sympathetic style and finish. Internally the rooms are substantially intact with original marble fireplaces and intricate ceiling roses and cornices. An entrance toward the rear of the southern side of the house is said to be where the stable hands, jockeys and other staff lined up for their meals.

In the southeast corner of the property, backing directly on to Caulfield racecourse, is a substantial late Victorian timber stable, probably constructed in the 1890s but first appearing on the property title in 1910. The stable has 12 stalls, a loft and brick pavement and jerkin head roof form with varnished pine-lined ceiling carried on a chamfered timber frame. It has an original roof lantern. The doors of the stalls are not the original sliding doors but swing doors obtained from a barn at Epsom Racecourse in Mordialloc prior to demolition. Outside the gambrel roof has fretted barges but the building is otherwise utilitarian. Timber throughout the stalls has been worn by chewing and rubbing of horses over the century of its use.

In the southern half of the property are open day yards where the racehorses are kept during the day. The red brick, single storey jockeys' quarters to the rear of the villa were probably built around 1950. A small brick, possibly late Victorian structure on the eastern boundary thought to have originally been a gardening shed, has been converted to a stable of two stalls. Modern concrete brick stables fill the northeast portion of the property. At the front of the property two Moreton Bay Figs (Ficus macrophylla), probably planted in the late 19th century, provide shade for horses in the day yards.

In the 1890s John Leek sold the property, relocating his training facility to one of the newly established racecourses at Mentone or Mordialloc (Epsom). By 1899, the property was owned and occupied by Alfred Merrill, a dentist, who named the property 'Andover'. In 1910 it was purchased by Leslie McDonald, a gentleman, and renamed 'Moidart'; sold in 1910-1911 to John Robertson; and again in 1926 to John Arthur, a racehorse owner. The Victorian Amateur Turf Club purchased the property in the late 1930s and since this time has been leased to racehorse trainers. It is unclear whether the property operated as a training facility between 1899 - 1926.

Several notable trainers and jockeys are associated with Lord Lodge. The best known is Arthur 'Scobie' Breasley, Australia's most successful jockey who was apprenticed to trainer Pat Quinlan at Lord Lodge (then 'Moidart') from 1928 - 1935. Breasley rode winners of the Caulfield Cup in four successive years 1942-45 and again in 1952. John Leek, the original owner of Lord Lodge trained Ingliston, the 1900 Caulfield Cup winner. Along with 'Lord' a number of well known racehorses including Sobar, Havelock, Proud and Future were trained at Lord Lodge

Lord Lodge is of historic, architectural and social significance to the State of Victoria.

Lord Lodge is historically significant as a rare example of a late 19th century metropolitan racehorse training complex and the oldest such complex still in operation. It is one of a handful of extant racehorse training complexes directly associated with a major metropolitan racecourse. Unlike other such complexes, Lord Lodge retains its original residence, stables and open day yards.

Lord Lodge is representative of traditional thoroughbred horse training establishments located close to metropolitan racecourses. Horses were bought to these establishments from country properties where they had been spelled, to be trained up in the weeks prior to a race. This practice has largely changed since the 1960s when stables were built on the racecourses at Flemington and Caulfield and leased to trainers who live elsewhere. Pressure on stable space around metropolitan racecourses now means horses remain in stables except during their daily exercise periods. Lord Lodge is now unique in having day yards for horses on the site.

Other metropolitan racehorse training complexes have existed in the area of Fisher Parade and Leonard Crescent, Ascot Vale, known as 'the Hill', adjacent to Flemington Racecourse since the late 19th century although none have survived intact. Extant complexes on 'the Hill' are generally smaller than Lord Lodge and lack the extensive day yards and architectural significance of Lord Lodge villa and stables. The earliest operating complex in this area, at 50 Fisher Parade is dated to around 1910 although little of the original fabric survives.

The complex of villa, stables and day yards at Lord Lodge is architecturally significant, being substantially intact and retaining the original features and fabric. Lord Lodge villa is highly representative of Italianate or Boom period architecture albeit a relatively modest form when compared to villas such as 'Airlie', South Yarra (H1619) or 'Frognall', Mont Albert (H0707). Late Victorian timber stables are now rare in metropolitan areas. The Lord Lodge stables are a fine example of stables of the period, demonstrating construction systems characteristic of the building type and period. Extant Victorian stables are usually associated with residential activities such as those at 'Rosecraddock' in Caulfield North (H0589) or 'Parlington', Canterbury (H0731). Exceptions are stables of similar form and design to those at Lord Lodge associated with two modest Victorian residences- 'Grace Darling' in Caulfield, built in 1887, named after the Caulfield Cup winner of 1885, and 'Goodwood' in Ascot Vale, built c.1895. In both, the stables were built for race horses but the stables and residences are in substantially worse condition than Lord Lodge. Neither continues to function as a training complex and both lack the aesthetic value of the villa and setting at Lord Lodge.

Lord Lodge is socially significant for its association with horse racing identities, in particular, 'Scobie' Breasley, and champion racehorses such as Lord. Similarly other extant training complexes such as 'Saintly Place' in Flemington, owned by Bart Cummings, who is responsible for more Melbourne Cup winners than any other trainer, have considerable social significance however, these do not have the historical and architectural values of Lord Lodge.