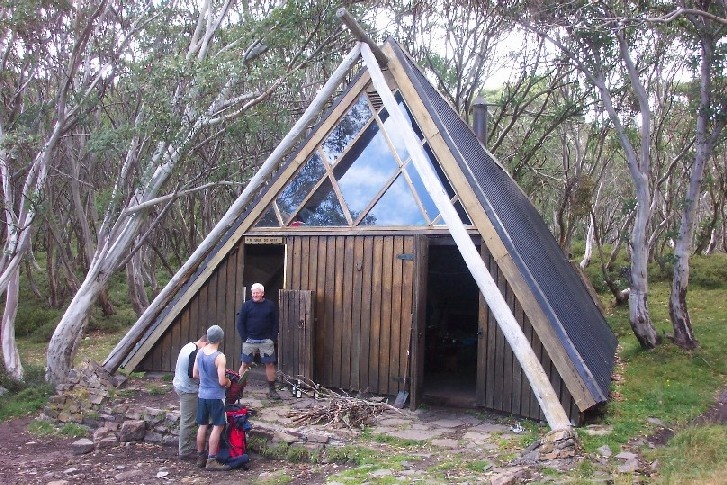 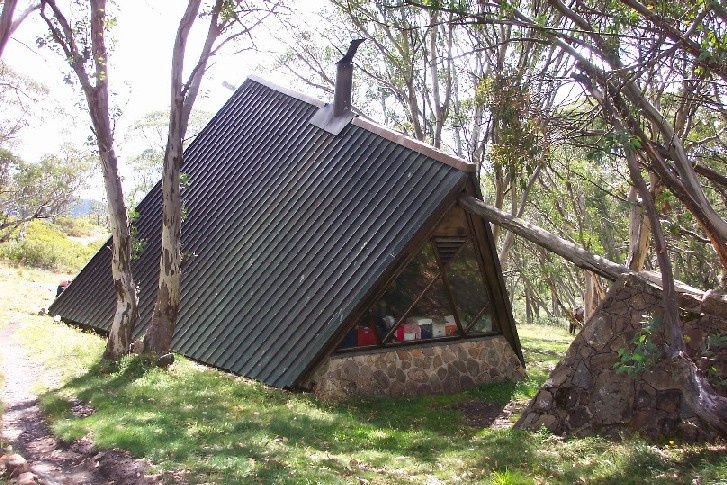 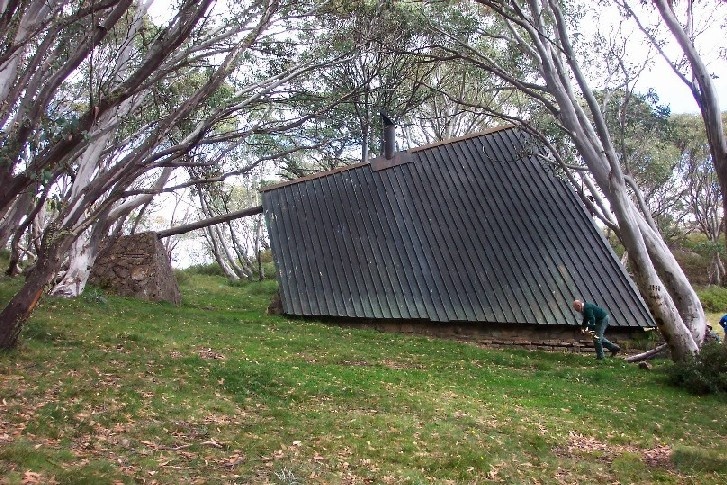 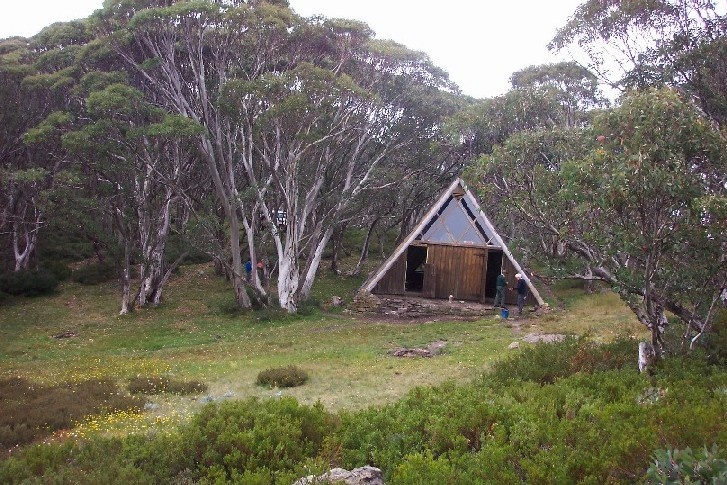 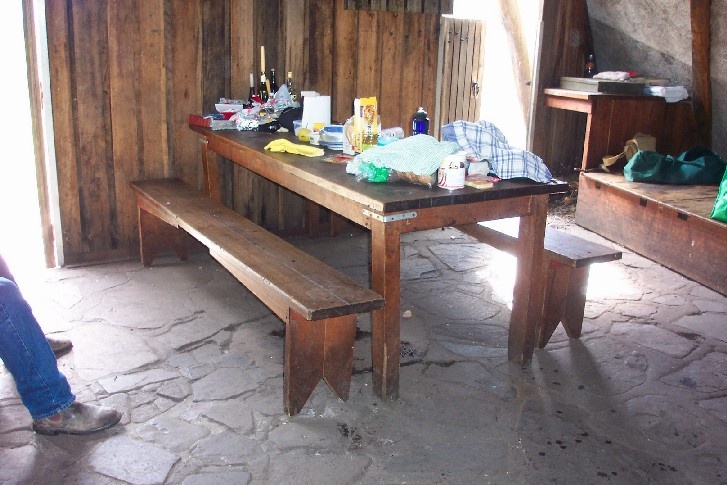 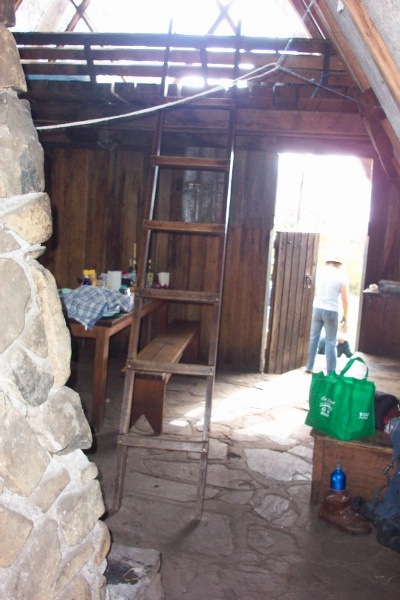 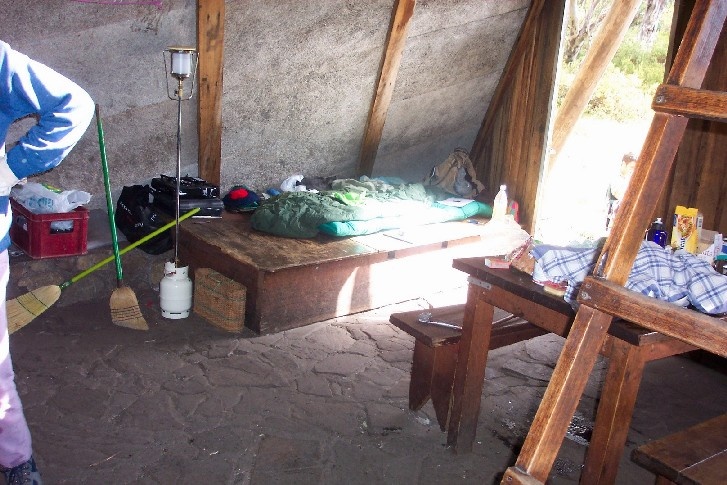 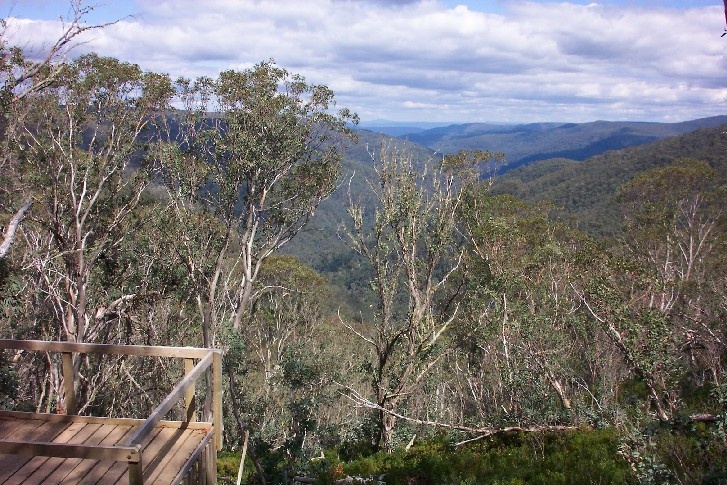 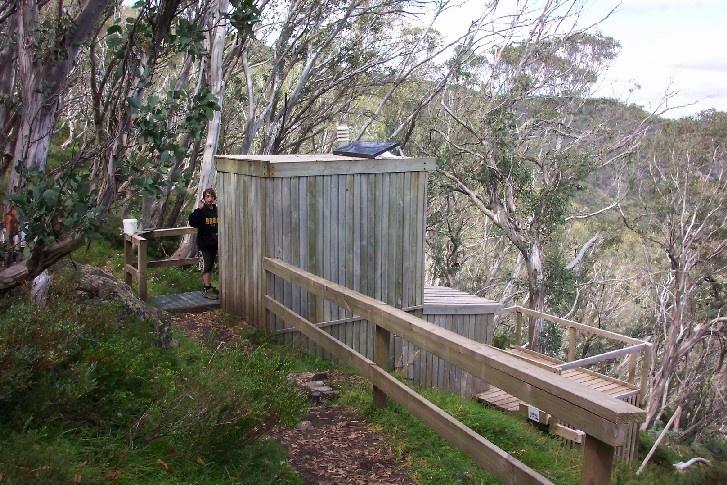 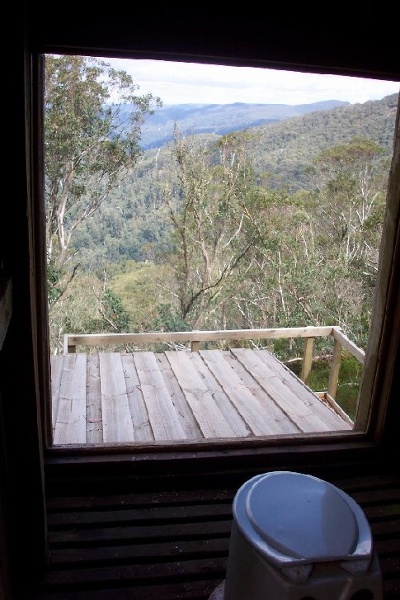 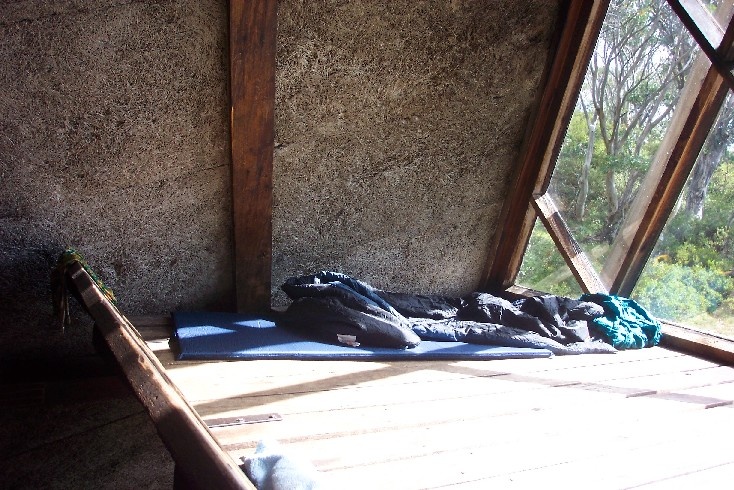 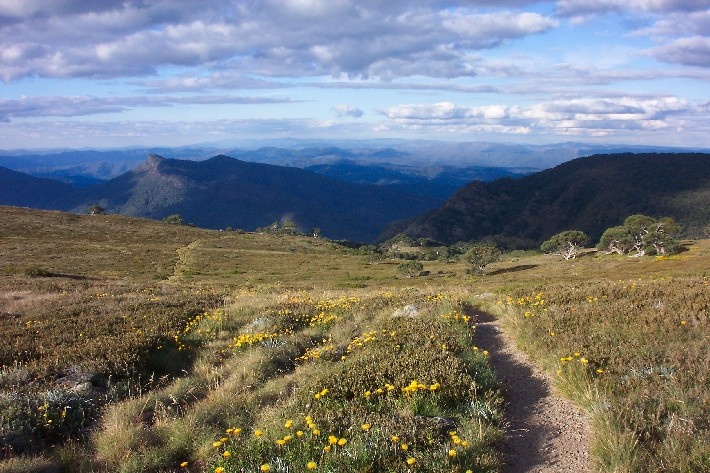 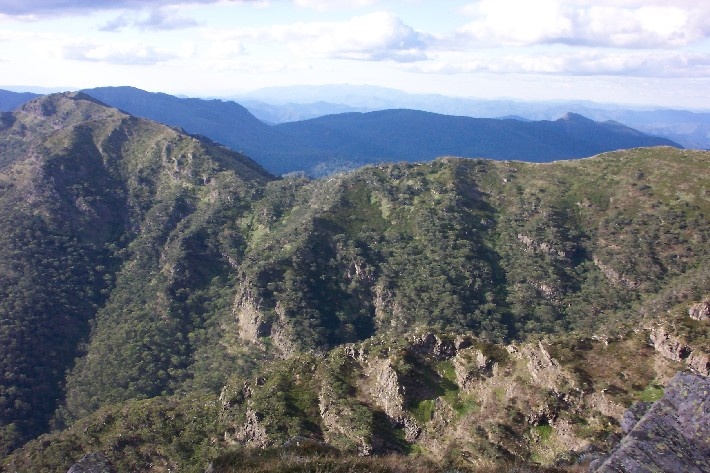 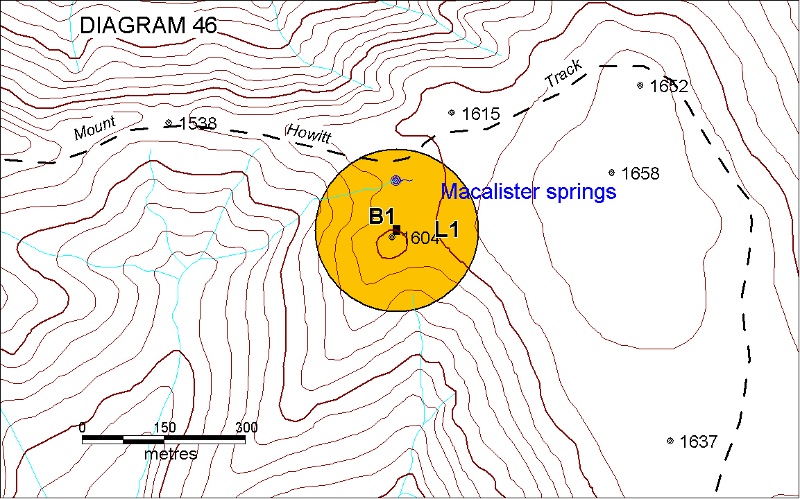 The Vallejo Gantner Memorial Hut is an architect-designed hut in Victoria's high country, near Mount Howitt. It was designed in 1970 by David McGlashan, of architects McGlashan & Everist, and built in 1970-71. The hut was built in memory of Vallejo Gantner, a young man who loved the mountains and who died accidentally in 1962 at the age of 19. The hut was intended for use by all comers.

The Vallejo Gantner Hut is modeled on the concept of a hiker's tent. Two gabled beams at the front hold a long ridge-pole which is anchored by a stone buttress two metres behind the hut. The strong triangular front wall faces the spectacular skyline of the Crosscut Saw. The windows are triangular or diamond-shaped glass in the gables of the front and rear walls. The roof is of copper sheeting, with no breaks in the sweep from ridge-pole to ground. The roof is lined internally with Stramit insulating board. Apart from the roof, much of the building material used is local, including sandstone, basalt and woollybutt poles, in the tradition of the cattlemen's huts.

The Gantner Hut has very high levels of visitation, due to its strategic position. The site was chosen in 1963 because it was remote from all other huts, and is amongst what many regard as the best walking country and the most spectacular mountain scenery in Victoria. The Hut provides a natural overnight stop between Mt. Howitt and the Crosscut Saw for walkers on the Australian Alps Walking Track, which was also established in the 1970s. It is also a convenient camping spot for those traveling from Mt. Howitt down into the Wonnangatta Valley. There is permanent water at Macalister Springs nearby, and firewood from the surrounding snowgums.

The Vallejo Gantner Memorial Hut is of architectural, historical and social significance to the State of Victoria.

The Vallejo Gantner Memorial Hut is architecturally significant as a rare example of an architect-designed alpine hut. It is one of only three huts in the Victorian Alps designed by architects. The other is Cleve Cole Hut, designed by Malcolm McColl and built in 1937 and the Joyce Brockhoff Hut designed by Buchan, Laird and Buchan in 1949.

The Vallejo Gantner Memorial Hut is architecturally significant as a unique variant on the A-frame design, which became popular in the 1960s for ski lodges and holiday houses, but was rarely used for alpine huts. In Victoria the only other A-frame alpine hut is Diamantina Hut near Mt. Feathertop.

The Vallejo Gantner Memorial Hut is historically significant as a rare example of the practice of establishing memorial huts in the Victorian Alps. Others are Cleve Cole Hut, 1937, Charlie Derrick Hut, 1967, and Bluff Spur Hut, 1987. No new memorial huts have been permitted in the Alpine National Park since 1989.

The Vallejo Gantner Memorial Hut is historically significant as a representative example of a hut associated with the history of bushwalking as a recreational activity in Victoria, and with the expansion of outdoor education activities in the mountains in the 1970s-80s.

The Vallejo Gantner Memorial Hut is socially significant to a large number of bushwalkers and visitors to the mountains, as reflected in the logbook entries and volunteer commitment to the hut?s maintenance. The heavily used hut is demonstrative of the growing popularity of outdoor activities such as bushwalking, horse-riding and cross-country skiing in Victoria's mountain country.