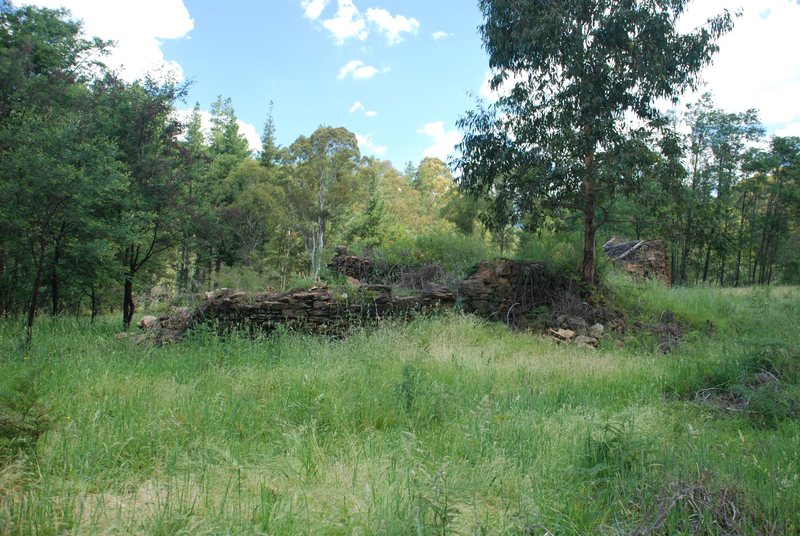 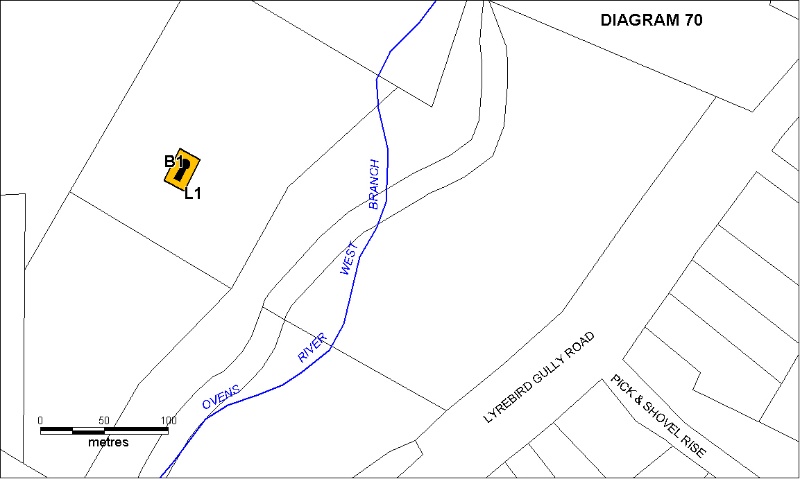 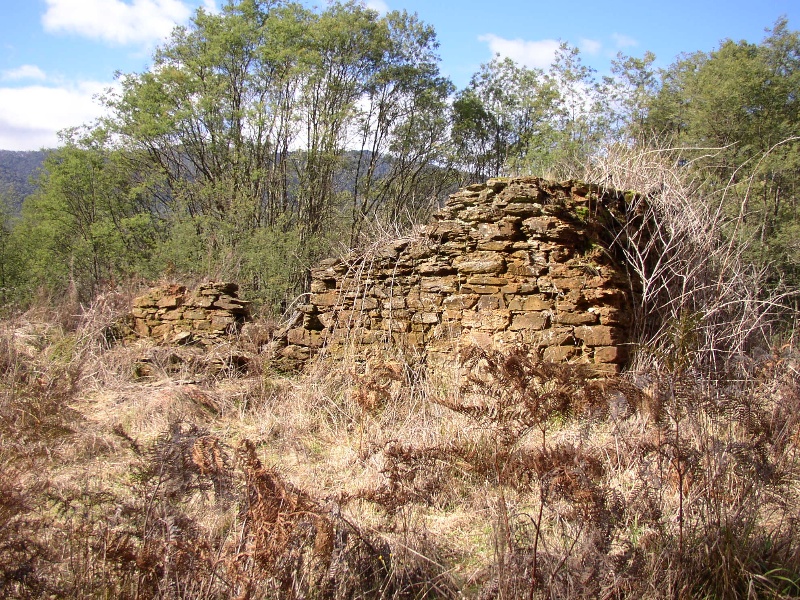 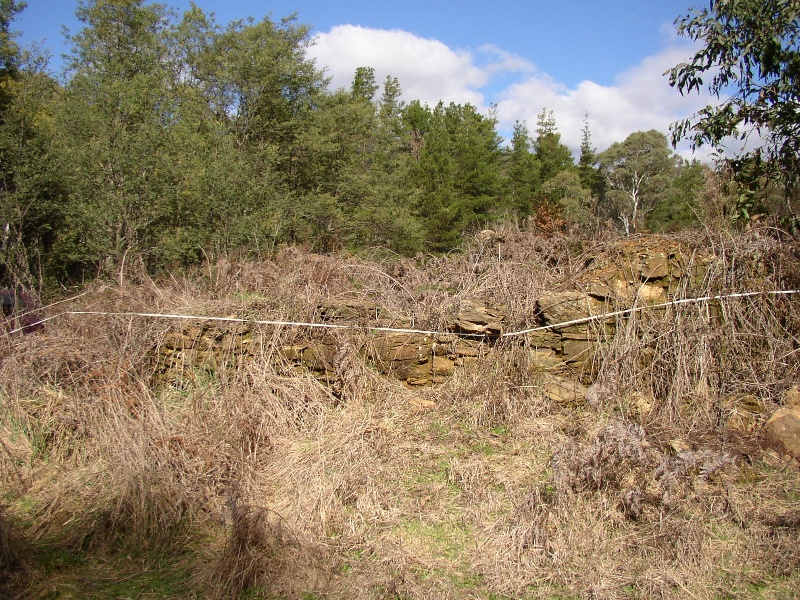 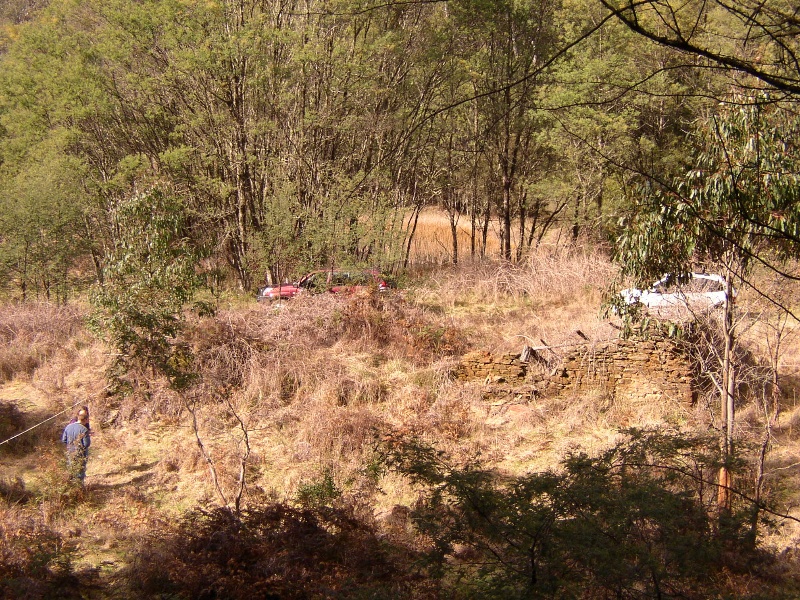 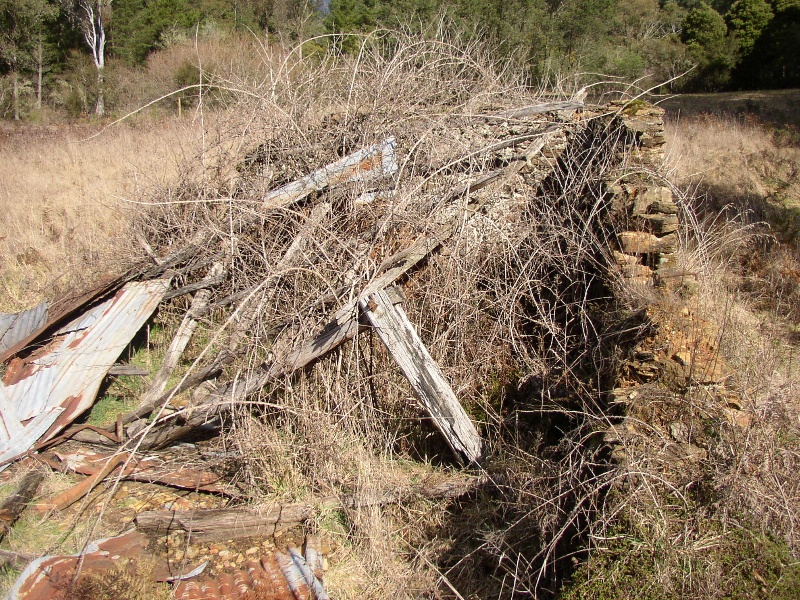 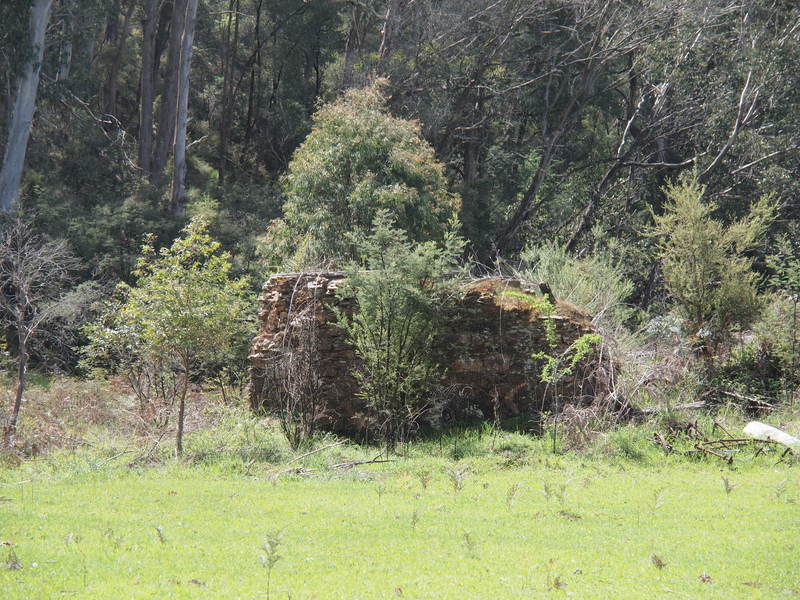 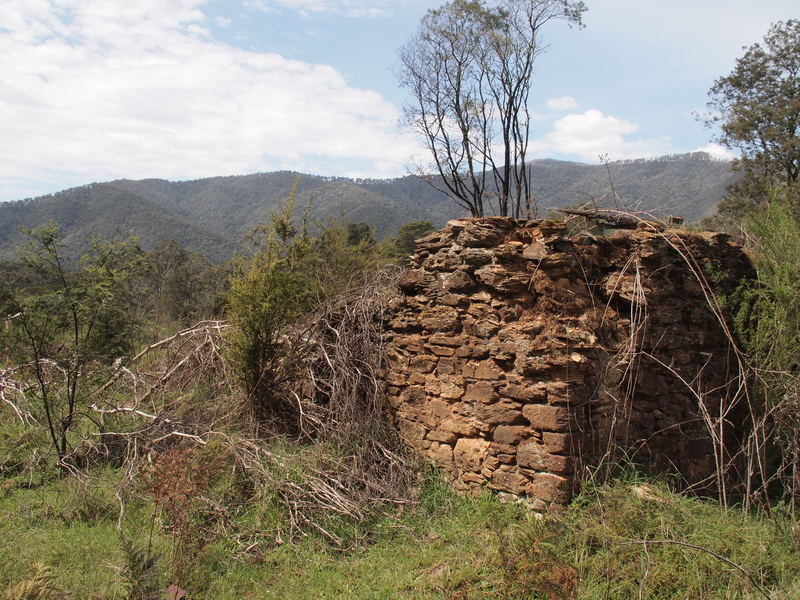 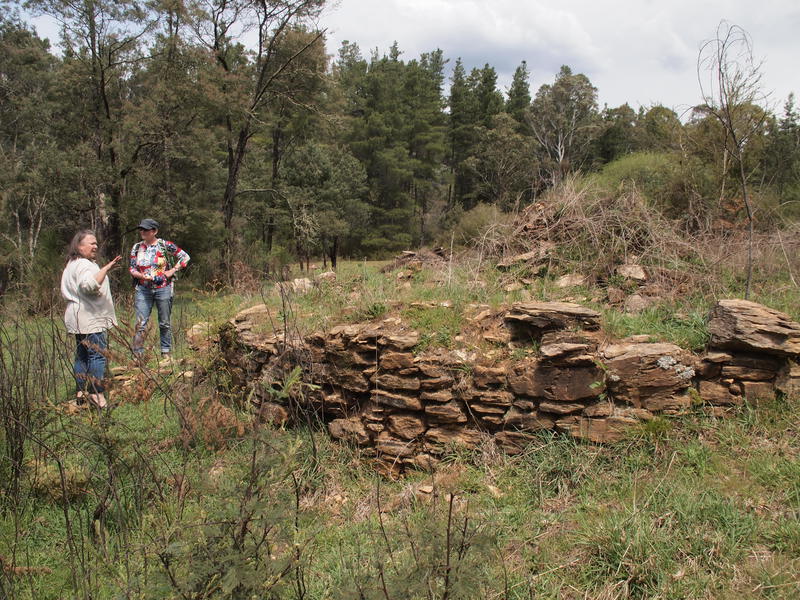 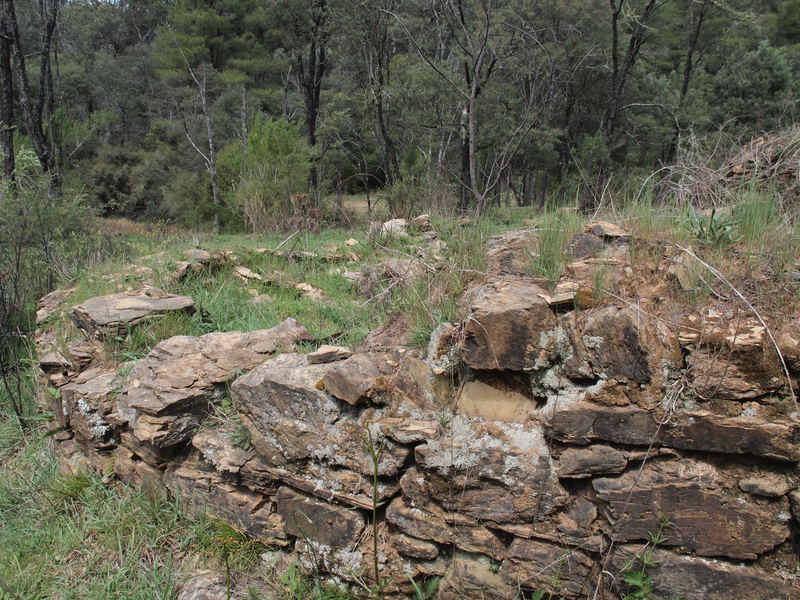 The Lyrebird Gully Hop Kiln (or Oast House) is located in a flat, clear area near the western bank of the Ovens River (West branch). The hop kiln is an archaeological place with the bulk of the material evidence existing underground. The above ground structural remains are walls, in poor condition, constructed of local sandstone set in a mud mortar. The surviving stone walls of the circular kiln chamber stand to a height of approximately 1m to 2.5m. Attached is a rectangular bagging room, 7m by 5m, with the majority of walls standing to a height of 2.5m. The interiors of the kiln chamber and bagging room are filled with stone and timber rubble. An iron drive shaft protrudes from the rubble in the bagging room. The Harrietville Oast House was built by William Grimsley, a stonemason from Bicestor, Oxfordshire, England, who migrated to Victoria during the early years of the Victorian gold rush. Grimsley is believed to have been mining for gold around Harrietville as early as 1854. As the gold petered out Grimsley, like many other miners, moved into agriculture. Commercial hop growing was pioneered in the district in the late 1860s. William Grimsley acquired the property (Crown Allotment 2E, Section 12, Parish of Harrietville) in 1877 and most probably his hop farming activities date from this time. The oast house was constructed of stone quarried from the property. It is believed that the building burned down sometime around the end of the nineteenth century.

The Lyrebird Gully Hop Kiln (or Oast House) is of historical and archaeological significance to the State of Victoria.

The Lyrebird Gully Hop Kiln (or Oast House) is of historical significance because of its age and association with the pioneering period of Victoria's hops growing industry along the Ovens Valley. Crucial to the kiln's significance is its style of construction: local stone with a circular kiln chamber and adjoining rectangular bagging room, reminiscent of nineteenth century kilns from parts of England. The majority of other early hop kilns in Australia do not follow this pattern, being rectangular in form and built of either brick or wood.

The Lyrebird Gully Hop Kiln (or Oast House) has historical importance because it reflects the enterprise of William Grimsley at an important time in the development of agriculture in the State. Like so many immigrant gold seekers, when the gold petered out, Grimsley embarked on a business enterprise that was familiar from former home. A skilled stonemason, Grimsley built his oast-house like those of his homeland, England. Therefore, his oast-house represents an example of cultural and technological transfer from one country to another.

The Lyrebird Gully Hop Kiln (or Oast House) is archaeologically important as a rare industrial relic that has outstanding potential to educate people on the diversity of agricultural development in Victoria arising from gold rush settlement. Crucial to significance is the distinct possibility that there are in situ artefacts. The archaeological deposits are undisturbed, buried when the hop kiln collapsed due to a fire. The archaeological deposit has the potential to produce information about the materials that were used in the construction and operation of the oast house. Abandoned after the fire, the oast-house escaped the process of dismantling and removal that commonly follows a business's closure.