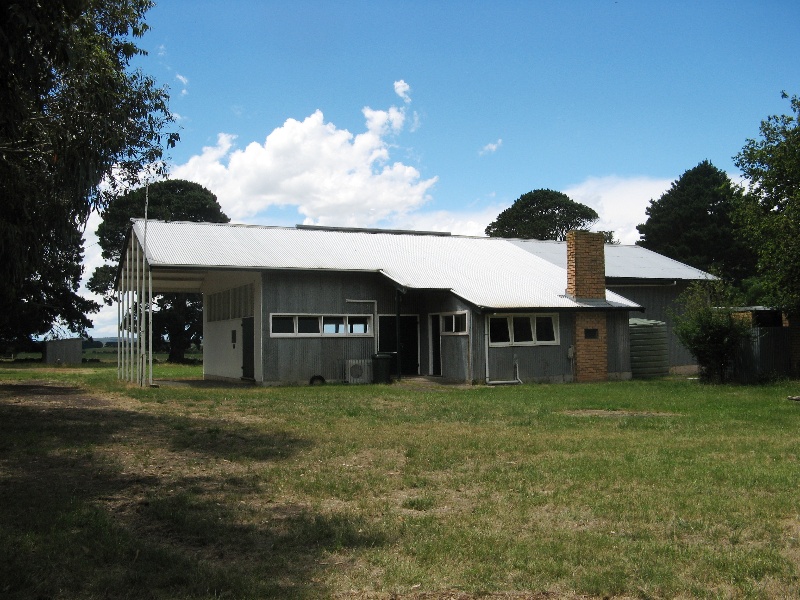 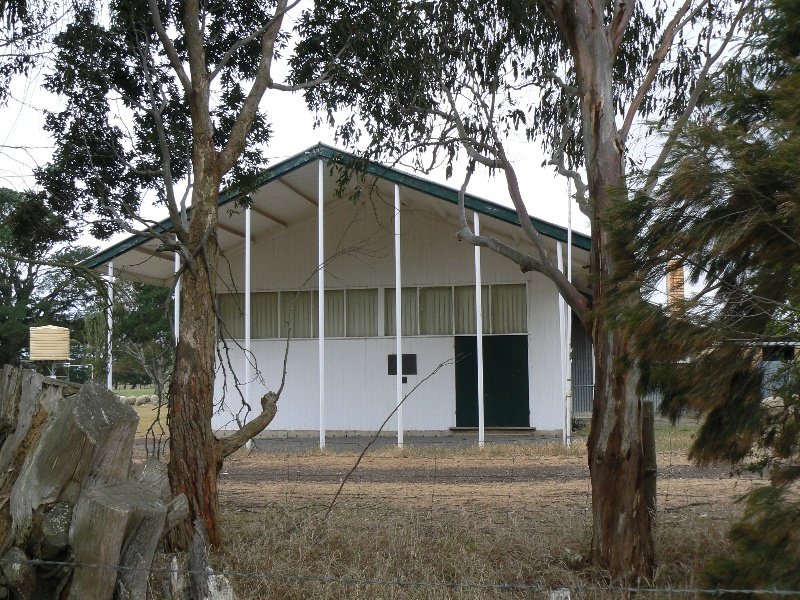 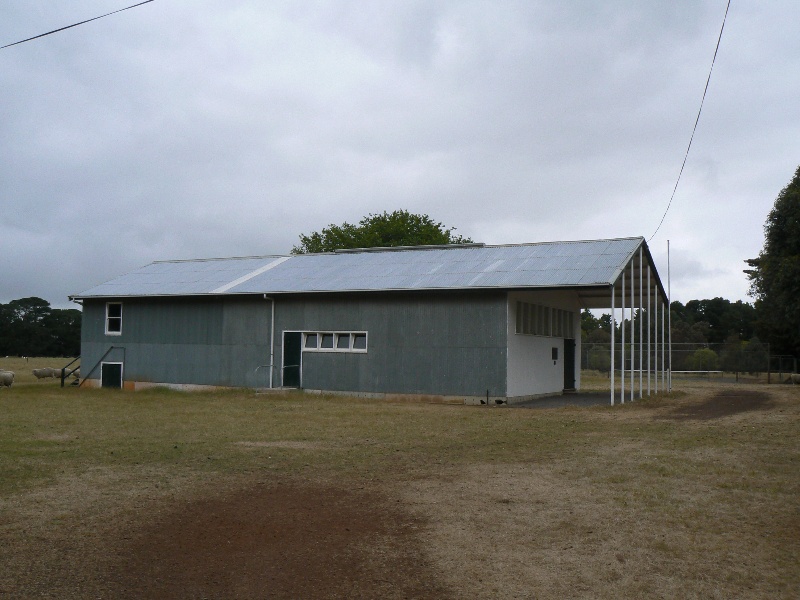 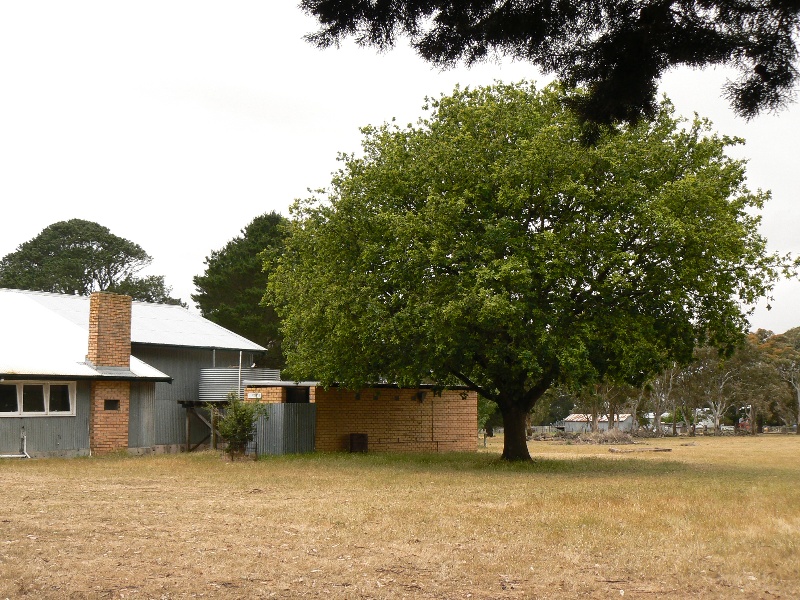 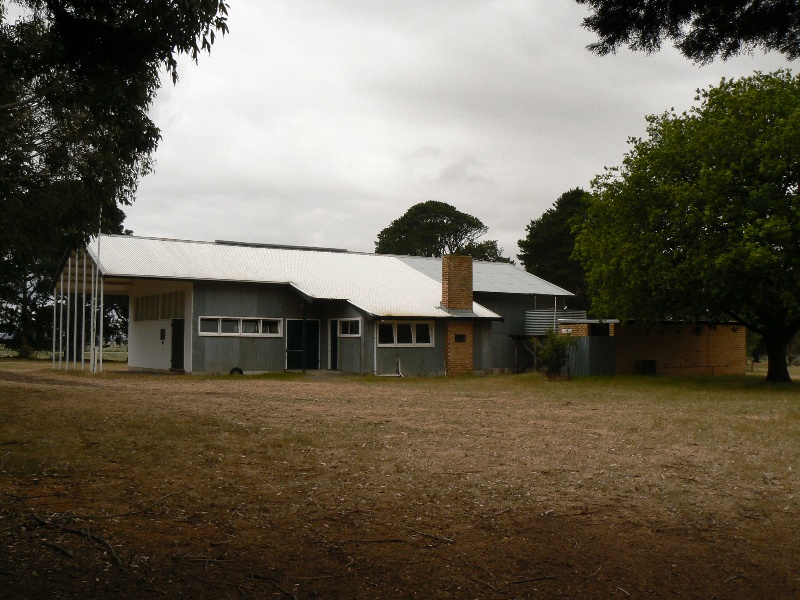 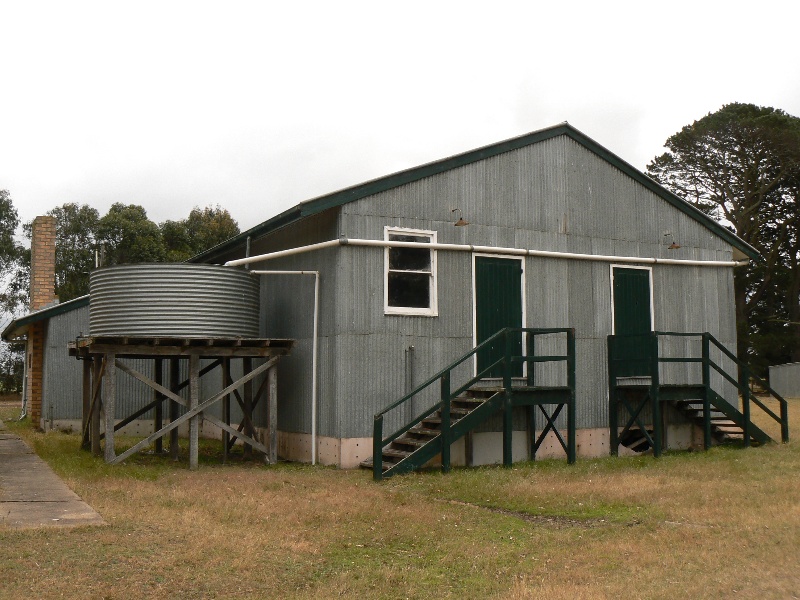 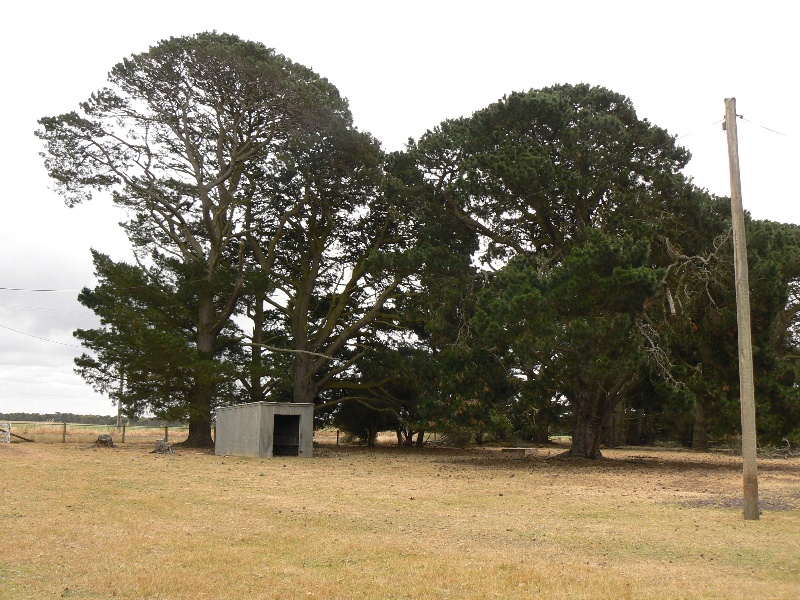 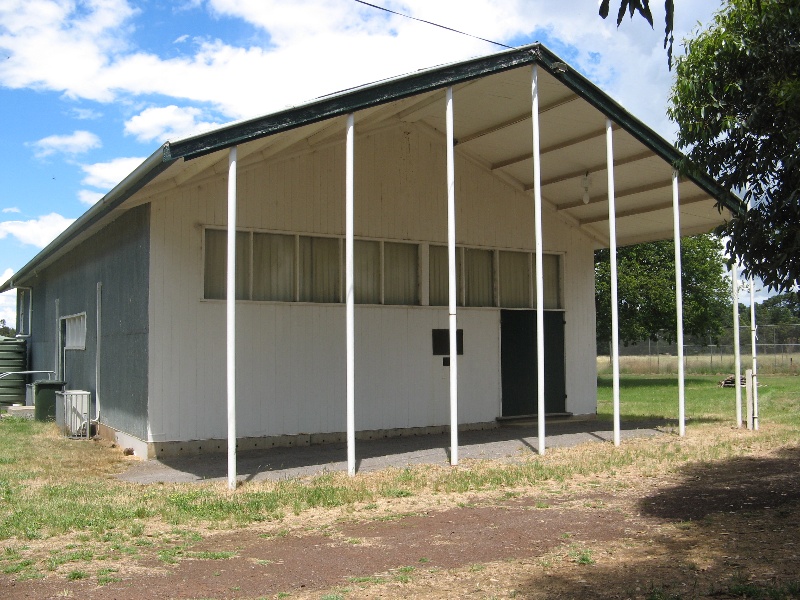 The Woodhouse-Nareeb Soldiers Memorial Hall is a large corrugated iron-clad hall in a rural setting east of Hamilton. The hall was designed by the architect Stewart Handsaay and built in 1955 as a memorial to local servicemen who died in World War II. It was funded by the local community of soldier settler families who came to the area under the World War II Soldier Settlement Scheme, developed to help in the rehabilitation of returned servicemen. More diggers were settled under the Victorian scheme than in any other state, and the Western District area was a major focus of soldier settlement. The Soldier Settlement Commission compulsorily acquired 65 blocks of land in the area from seven large pastoral properties, including Woodhouse and Nareeb Nareeb. The difficulties of clearing, fencing and developing farms on their land and raising families under primitive conditions and with only the help of other settler families led to a strong sense of community. A meeting was held in 1950 to form a committee to raise funds to build a community hall at Woodhouse. The hall was officially opened on 18 September 1955 and dedicated by Sister Vivian Bullwinkel, the only survivor of the 1942 massacre of Australian army nurses by the Japanese at Banka Island. A memorial planting of Canary Island Pines was begun at the southern end of the site in 1954, tennis courts and a cricket ground were built about 1959, and the hall was extended in 1967. After fire threatened the Memorial Plantation in 1977 it was decided to build a Memorial Cairn, as a more permanent reminder of those who had died in the war and of the origins of the community as a soldier settlement. A cairn of local stone, designed by the architect N M Griffin, was built in 1978 by G O E Behnke & Sons of Penshurst next to the main Hamilton-Chatsworth Road.

The Wooodhouse-Nareeb Soldiers Memorial Hall is a substantial timber-framed hall clad with timber on the front facade and with corrugated iron on the other sides and with a corrugated iron roof. It is a simple utilitarian structure but is distinctive for its use of modernist detailing in the sloping windows along each side and the row of windows above the entrance, and for the gabled front portico formed by an extension of the roof line. On the front wall is a bronze plaque commemorating soldiers killed in WWII. Adjacent to the hall are tennis courts, a sports oval and a plantation in memory of servicemen and of local families.

The Woodhouse-Nareeb Soldiers Memorial Hall is of historical significance to the state of Victoria.

The Woodhouse-Nareeb Soldiers Memorial Hall is historically significant for its association with the successful post-WWII Soldier Settlement scheme developed by the Federal Government to aid the rehabilitation of returned soldiers. The scheme, which operated from 1945 until 1962, was particularly successful in Victoria, where thousands of diggers were settled on farms, more than in any other state. The hall is an unusual example of a community facility constructed by soldier settler families in the Western District, which was a major focus of soldier settlement in the state. It demonstrates the sense of community and co-operative spirit that developed amongst the soldier settler families due to the difficulties faced by them in establishing their farms. The dedication of this key community building as a war memorial is a tangible reminder of the profound impact of war on Victorian communities.