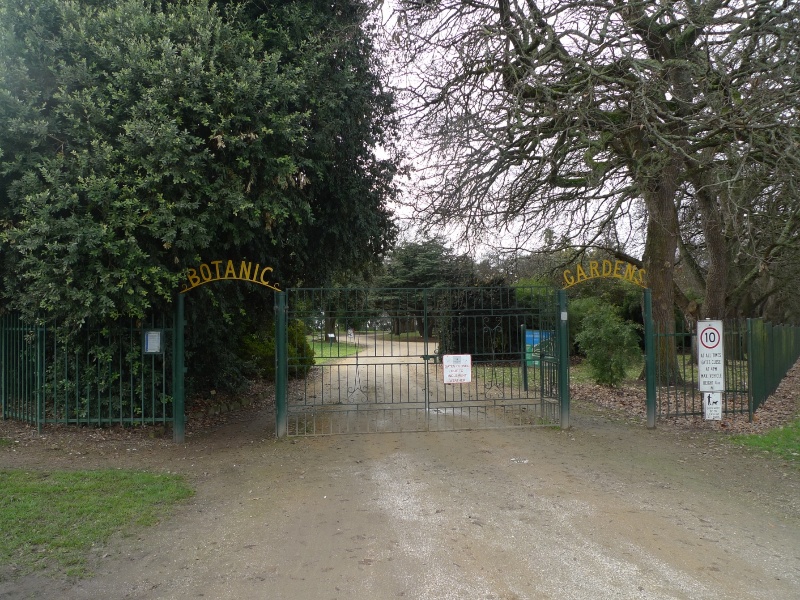 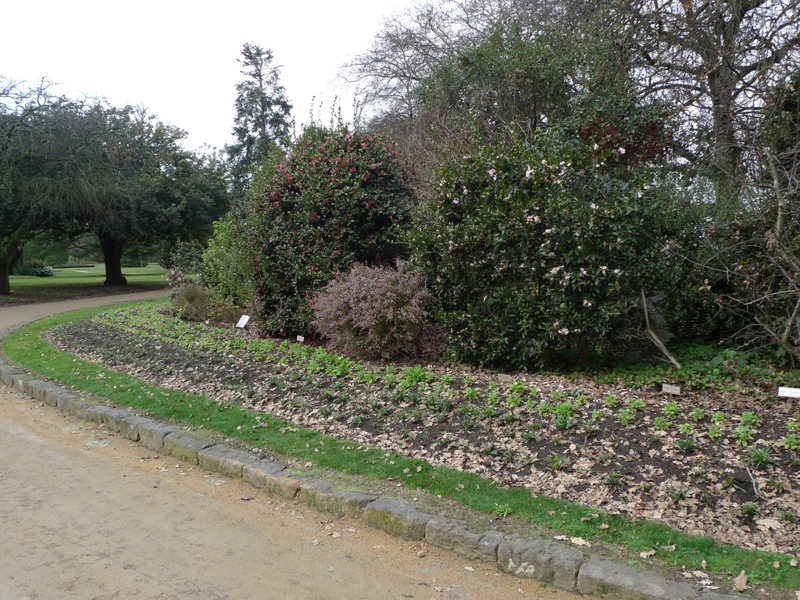 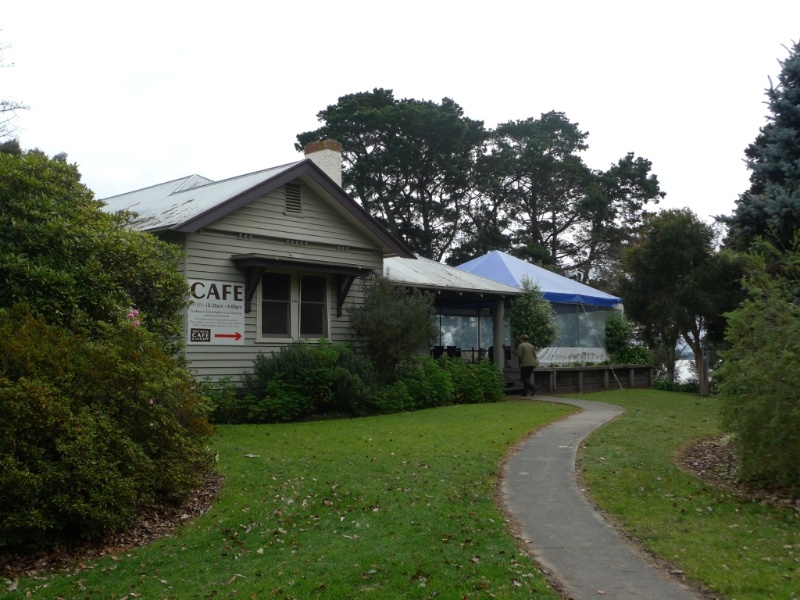 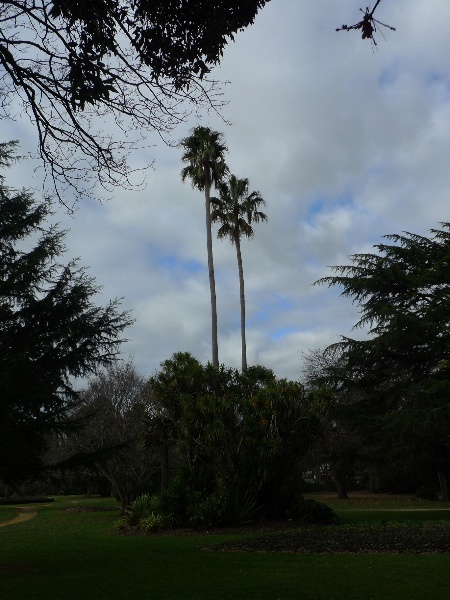 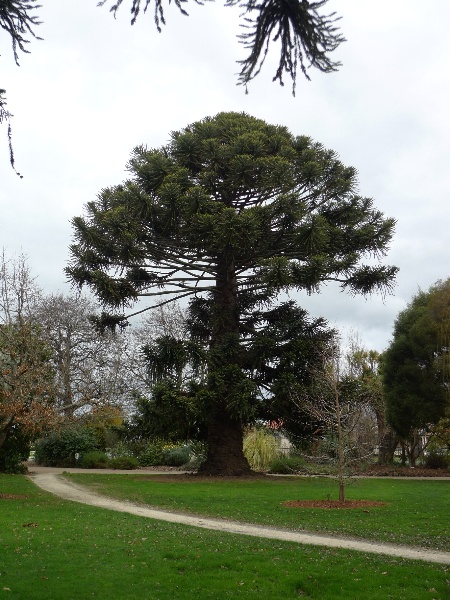 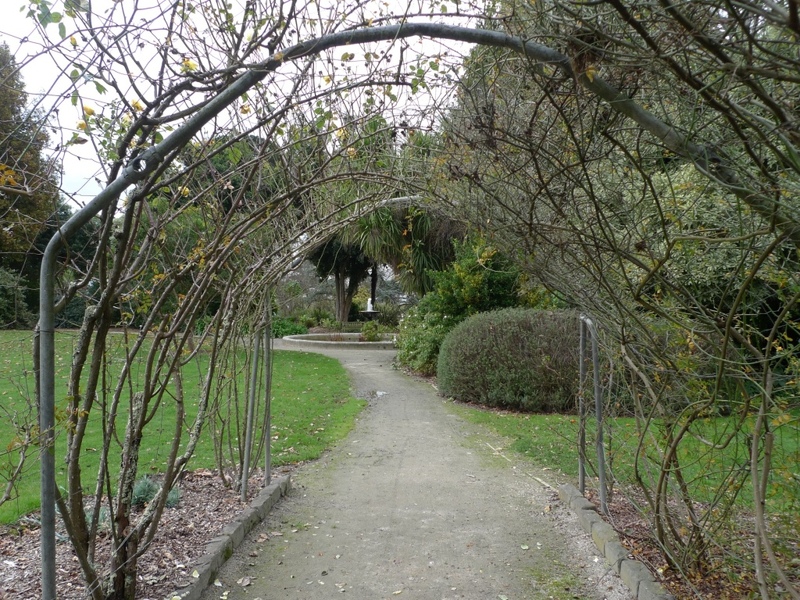 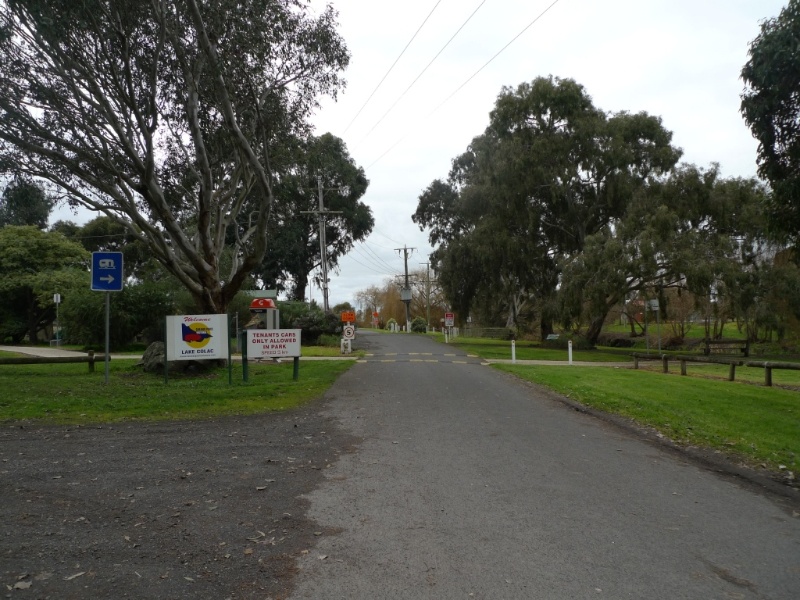 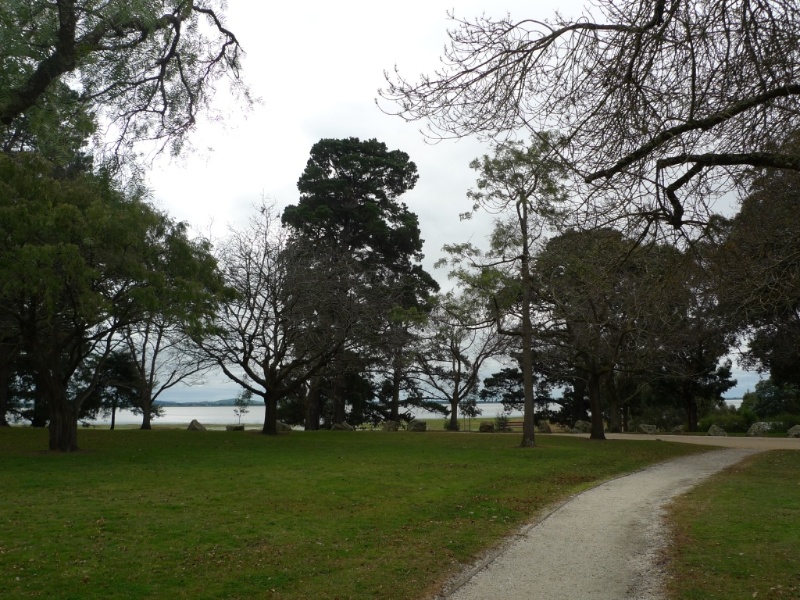 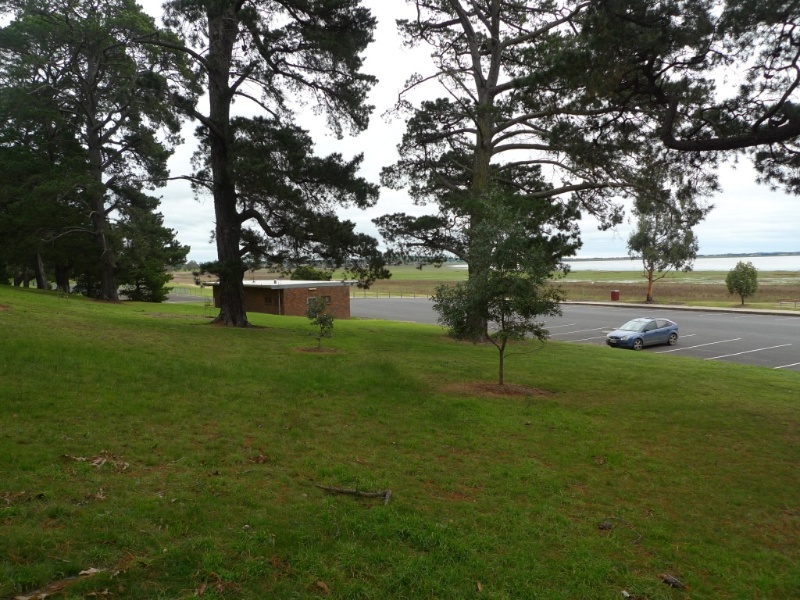 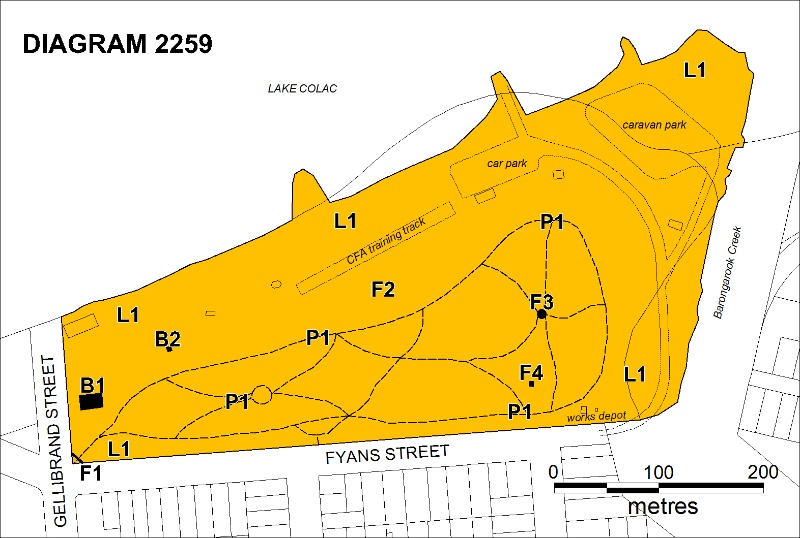 The main entrance to the Colac Botanic Garden is through the south-west entrance Bilson gates (1962) on the corner of Fyans Street and Gellibrand Street where a carriage drive, lined with predominantly Quercus robur (English Oak) and few Quercus cerris (Turkey Oak), forms a row around the perimeter of the Gardens and is open to vehicle access. The area enclosed by the drive has a network of winding paths and is mainly open lawn with specimen trees, shrubberies, some bedding plants together with a palm bed, rose garden, rose arbour, pond and fountain, and cannon (acquired 1904) near the south eastern gate. The curator's cottage (c.1924, now a cafe) is located at the western end of the gardens with playground equipment, picnic facilities and car parking at the eastern end. A caravan park occupies the north-east corner along Barongarook Creek adjacent to the lake shore.

The site was temporarily reserved in 1865 for botanical and recreational purposes after a request from local residents. Little progress was made until 1868 when Daniel Bunce, Director of the Geelong Botanic Gardens, was approached to lay out a plan for the garden. Implementation of the plan was slow with the construction of a carriageway and planting of trees the only known details.

Between c1875 -80, curators Reeves and McDonald made changes to the carriageway and introduced garden beds, curved paths, lawns and shady arbours. In the 1890s structures added to the gardens included a pavilion overlooking the lake a conservatory in the south-eastern corner and a permanent rowing clubhouse on the edge of the lake joining the existing structures of piers, baths and a boat shed. Most of these structures have been removed.

In 1910 William Guilfoyle, Director of the Melbourne Botanic Gardens, prepared a plan and a 'Report on the remodelling and development of the Colac Botanic Gardens', which are extant, suggesting some improvements and remodelling to take advantage of the slope and vistas across over the lake which he considered had been ignored. This included simplifying the existing path system within the circular drive, and removal of borders and crowded areas in favour of larger trees and clumps of shrubs and a palm and cordyline bed all of which were implemented. Curators Archibald Campbell (1911-40) and Dugald Leitch (1940-55) were responsible for implementation of part of the Guilfoyle plan and maintaining the maturing Gardens but, with Guilfoyle's death in 1912, any further influence ended. The last resident curator Donald Greenwood (1955-65) was responsible for the addition of many native plants and in more recent times the gardens have more simplified planting and a park-like character.

This site is on the land of the traditional owners.

Colac Botanic Gardens are of historical, aesthetic, and scientific (botanical) significance to the State of Victoria.

Colac Botanic Gardens are of historical significance as an important example of a regional botanical garden, established in the nineteenth century in response to the increased wealth of Victoria with the discovery of gold and the desire to provide a place for recreation and education in keeping with European trends.

The Colac Botanic Gardens are of historical importance through the association with Daniel Bunce and William Guilfoyle, two pioneers of botanic gardens and garden design in Victoria