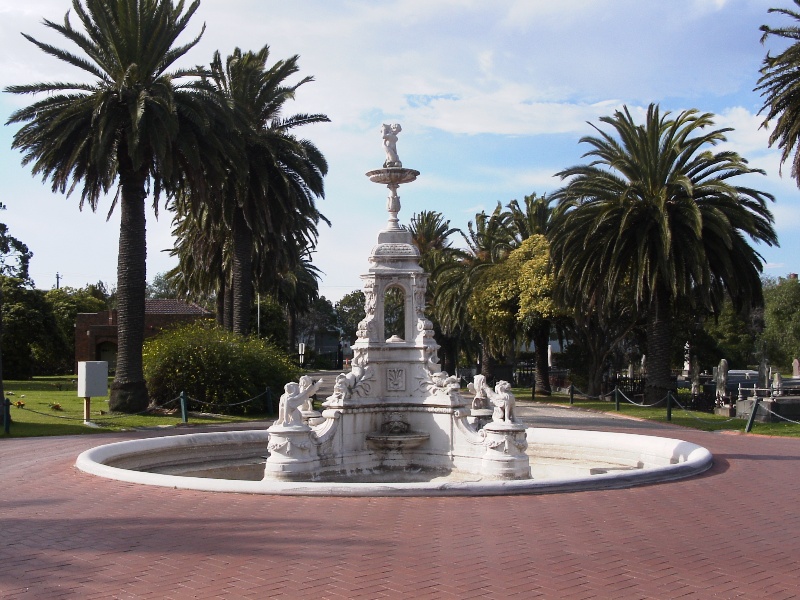 The Williamstown Cemetery, originally established in 1857, at 89 Champion Road, Williamstown.

Historically, although not the first, it is now the earliest cemetery in Williamstown and among the oldest group of cemeteries in Victoria. It is important for:

- The intact road and path layout from the mid-nineteenth century, which demonstrate prevailing ideas about Australian cemetery design at that time, especially the subdivision into denominational compartments.

- The strong links with the maritime history of Williamstown, which is especially demonstrated by the diverse range of memorials that commemorate naval and civilian shipping accidents.

- The ability to illustrate William Bull's ambitious plan for a large public park in Williamstown, of which the cemetery was to be the central focus.

The position of the cemetery opposite the Newport Railway Workshops creates one of the finest streetscapes for historical meaning in Williamstown. (AHC criteria A4 and D2)

Socially, it has considerable value as a historical record of nineteenth century attitudes toward mourning and as a focus of sentiment for the local community. (AHC Criterion G1)

Aesthetically, it is a rare example of an intact early cemetery, which possesses an atmosphere, which powerfully symbolizes Victorian attitudes towards death. It is notable for the distinctive layout of roads and paths, especially the curved roadways and the manner in which they focus on the fountain at the centre of the 1857 site, which is a fine and rare example of its type. Other notable elements include:

- The palm avenue, both for the regularity of the avenue and the 'signature' quality of the mature specimens.

- The massed effect of the tombstones and memorials; due to the consistent development of the cemetery there is a great regularity to the lots.

Note: Included on the Victorian Heritage Register as VHR H1837.