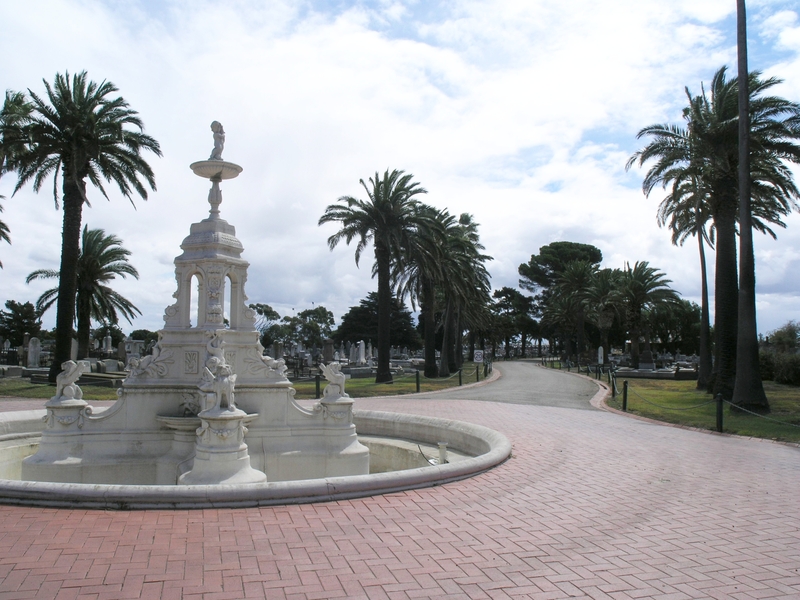 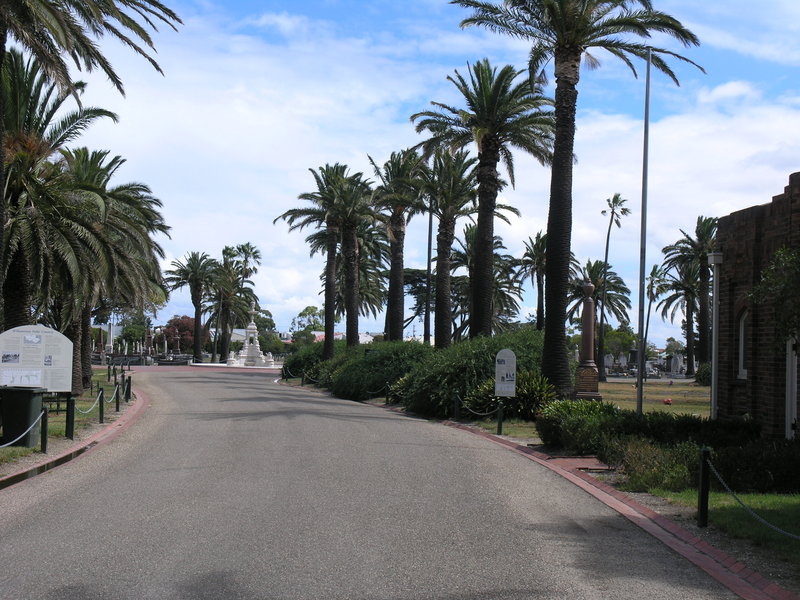 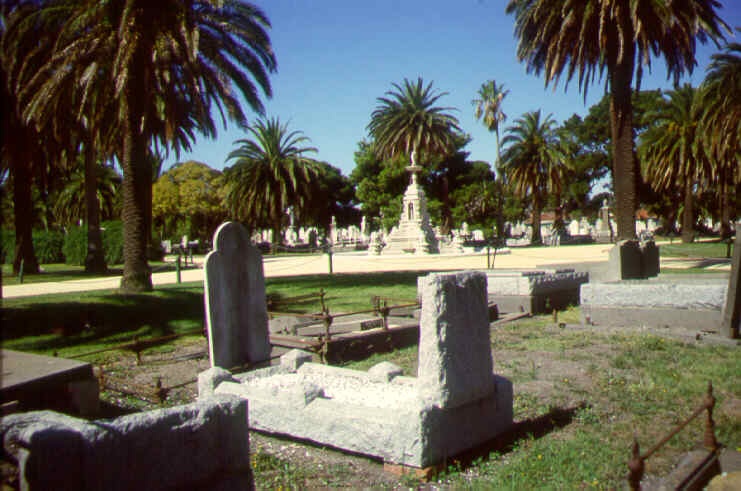 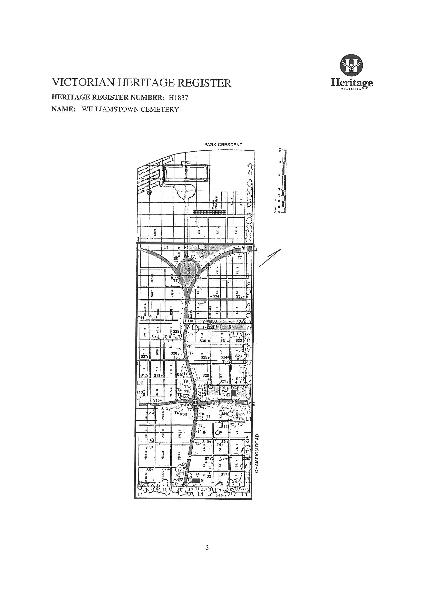 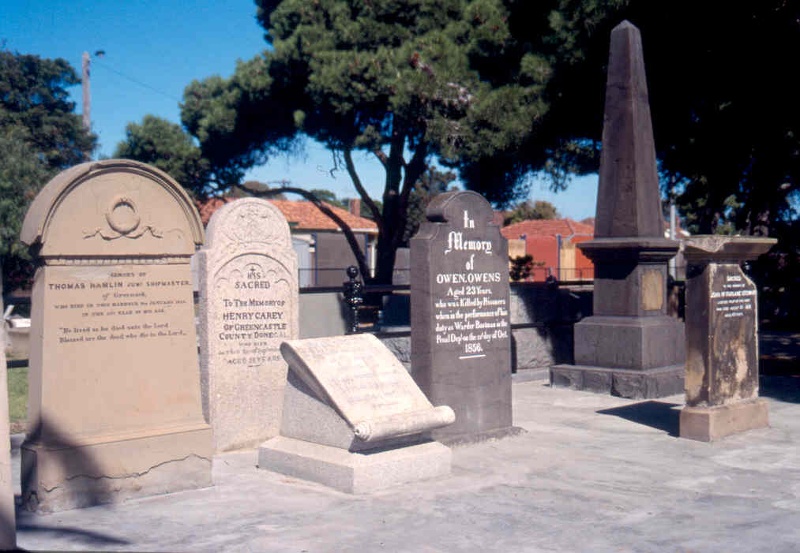 What is significant?
Williamstown Cemetery was established in 1857 after the inadequacies of the unofficial cemetery at Point Gellibrand were repeatedly brought to the attention of the government. Located at North Williamstown, inland from the old graveyard, the Crown grant of 15 acres was laid out into equal quadrants and subdivided into denominational sections by Assistant Surveyor, William Martin. It was expanded in 1905. The sea was the main focus of the township, and the first burial on 22 March 1858, that of Captain Lawrence Lawson, a Master Mariner and long-term resident of Williamstown, is just one of many which document this strong maritime association. In 1899 some 808 bodies were exhumed from Point Gellibrand and re-interred at Williamstown cemetery in a mass grave, with the surviving gravestones mounted on a vault built in 1901. The old burial ground served from at least 1842 until 1856 and had contained the graves of ships' fever victims, sailors, and other men of the sea as well as convicts, and local pioneers. Other important features include the recently restored fountain dating from 1892, the intact layout of the early part of the cemetery, iron compartment markers, and numerous trees, notably the nineteenth century pines, and avenue of palms planted in 1931.

How is it significant?
The Williamstown Cemetery is of historical, social, aesthetic, and architectural significance to the State of Victoria.

Why is it significant?
The Cemetery is historically important as an index to the township history of Williamstown and the early maritime activities of Melbourne. The gravestones, memorials and monuments commemorate the lives of pioneers, naval and military men, sailors, prominent Melbourne citizens and everyday men, women, and children, recording their contribution to the settlement of the colony, and charting many a life and death relationship with the sea. The Point Gellibrand vault is historically important as an early memorial to Melbourne's pioneers, and its associated gravestones are significant for being among the State's earliest funerary artefacts. The Victorian Navy monument is of historical significance as it commemorates the long association Williamstown had with the Victorian Navy until Federation. The Robert Ellery memorial has historical importance for its associations with one of Victoria's earliest scientists who was the official Government Astronomer from 1853-95.

Williamstown Cemetery is socially important for its representation of burial practices, religious affiliations, values and tastes from the pre-goldrush years to the twentieth century. It has further social importance as a focus of sentiment, and for the insight it provides into a community whose fortunes were once inextricably tied to the sea.

The Cemetery is aesthetically important for its mid-nineteenth century layout which demonstrates prevailing Picturesque ideas about cemetery design. This value is significantly enhanced by the central focus of the ornate fountain, the avenue of palms along the main axial paths, mature conifers, two uncommon Maclura pomifera marking the original boundary and the large collection of gravestones and other examples of funerary art which dominate as the major visual element. The Sarah Liley monument with its statue of a woman holding an anchor is one of the most prominent memorials in the cemetery, adding considerably to its aesthetic significance. The entrance gates and Tudor-revival office are contributory aesthetic features.

The cemetery is of architectural importance for its rare nineteenth century fountain designed by architectural modellers, Wardrop & Scurry. The gravestones and memorials are important for displaying the craftsmanship and prevailing design characteristics of various periods. The cast iron denominational markers are also of note.