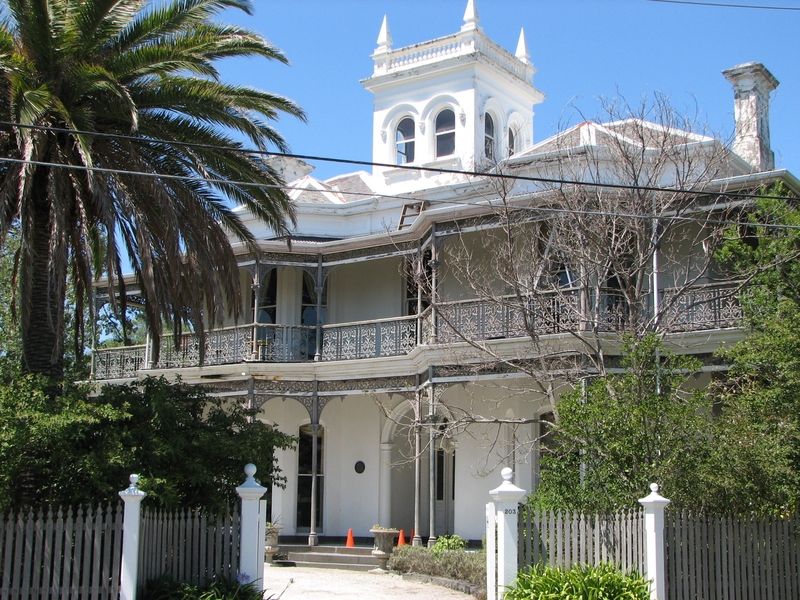 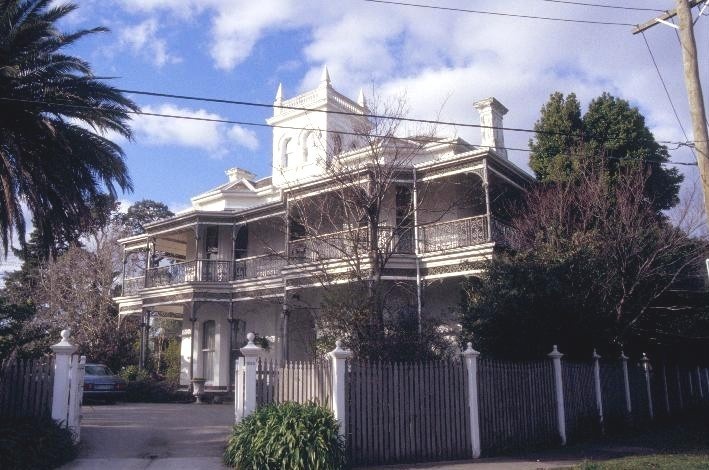 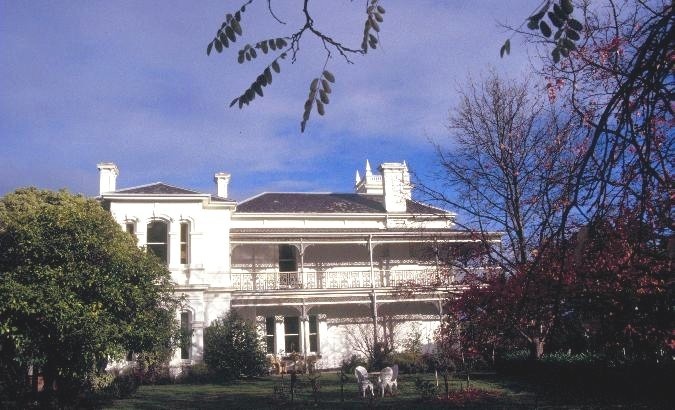 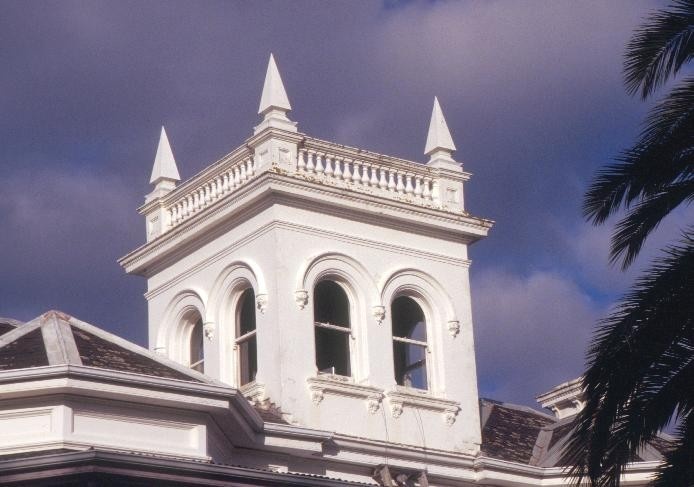 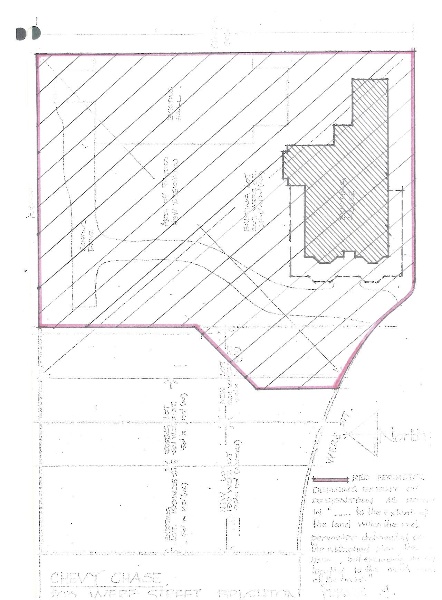 Chevy Chase and a sister residence Ratho (now the St John of God hospital) were erected by two
business partners. Built in 1881 Chevy Chase now stands on an area of land
much reduced from its original estate. The house is approached via a short
drive- way entering from Were street. The original garden concept is much
altered. Chevy Chase exhibits a large two storey cast-iron verandah which follows
around the north-west and south faces of the building reflecting the form
of the two bay windows located on the west facade. The house is otherwise
dominated by a three storey tower with parapet balustrading and urns intact
at each corner. Under the verandah the house is entered via a recessed
entrance portico, and the wall treatment with the exception of the projecting
wings at the termination points of the verandah is very austere. The windows
are capped by segmental arches on the ground floor and flat lintels on the
first floor. On the projecting wings at the termination of the verandah a
moulding runs around the surface of the facade forming a mock entablature
below the stilted segmental arches of the whole mouldings. The roof of the
house is mainly slate although some repairs have been carried out using iron.
The exterior has been painted white with charcoal coloured cast-iron.
Internally the house has been repainted with the exception of the dining
room and light well both of which are in original condition. There is a
considerable body of information available on the building together with its
sister house ratho and some of this information is held by Mr & Mrs Strong
The owners of Chevy Chase. However, These matters are not the subject of
the present report. Chevy Chase sits in approximately one acre of land, a
substantial amount of which is the remnants of the garden precinct in which
the house once stood. Within this garden precinct and located on the eastern
boundary of the site is a large hall like building constructed in the 1960s
and designed by Mr Alistair Knox. Being a relatively intact example of one
of the large mansion houses which once formed the basic character of the
Brighton area and possessing a particularly fine verandah, Chevy Chase is a
a building of considerable architectural and historic importance
set within its garden precinct. Although the owner has presented plans to
sensitively subdivide the land to provide a new residential allotment on the
west side of the house, it is considered the land involved is not essential
to maintaining Chevy Chase within a
satisfactory garden curtilage. The battle-axe type subdivision wraps around
the verandah of the house wihout in any way reducing the distance between
thu title boundary and the hosue as it exists at present. The area to be
excised from the designation is relatively distant from the house and does
not significantly alter the planning context in which the building sits.
The hall building located to the north-east of the house and forming the
eastern boundary to the main treed lawn adjacent to the house is of
insufficient architectural or historic importance for listing on the register
of historic buildings. It is a two storey modern brick building of good
design and does not distract from the context of the main house.
Show more
Show less
All information on this page is maintained by Heritage Victoria. Click below for their website and contact details.