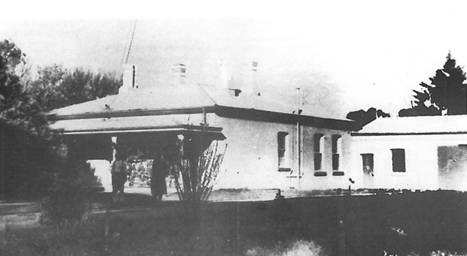 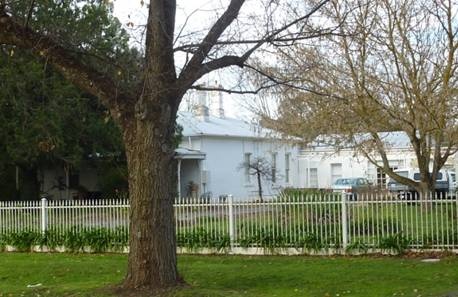 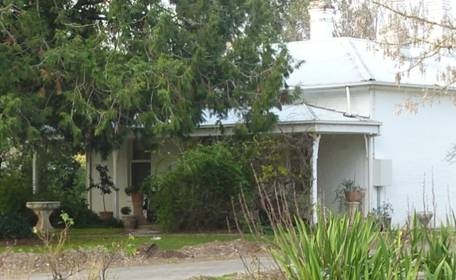 Tweedside at no 39 Crusoe Road, Kangaroo Flat, is believed to have been constructed in the 1850s, possibly c. 1856, by Archibald Parkes McColough. It is a single-storey brick dwelling, with a wing projecting from the south-east. The original component is a symmetrical brick structure with a hipped roof; the walls were originally in exposed brick, now overpainted. The Arts and Crafts-influenced timber posted verandah is later (c. 1930). There are four chimneys in overpainted brick, with large bases and corbelled brick cornices, one of which (on the south-west side of the roof) is diagonally angled, an indication of its early date. The windows are generally timber-framed double-hung sashes. The date of the south wing is not known, but it may include fabric dating to the 1860s extension of the property. The facade of this wing has a variety of openings, including a large opening with French glass doors that appears to date from the 1980s or 1990s. The property is set to the rear of its allotment, with a generous landscaped garden setting to Crusoe Road.

Tweedside at no 39 Crusoe Road, Kangaroo Flat, is of local historical and aesthetic/architectural significance.

Tweedside is historically significant (Criterion A) as one of the oldest dwellings in the Kangaroo Flat area and more broadly on the Bendigo goldfield. Tweedside is also a rare example of a property dating to the 1850s, which was built on the fringes of Bendigo (Criterion B). It is believed to have been constructed in the 1850s, possibly c. 1856, by Archibald Parkes McColough, a drover and stock dealer who arrived in Victoria from Nova Scotia with his wife in 1852. The location of the property provides an insight into early patterns of settlement in the area, potentially related to McColough's occupation as a drover and stock dealer. The early construction of the property, utilising bricks burned on site and materials brought to Victoria by the McColoughs, also provides evidence of approaches to building substantial dwellings in the early gold rush period. Tweedside is also of aesthetic/architectural significance (Criterion E) as a largely externally intact, simple but well-proportioned early (1850s) brick villa in Kangaroo Flat. It would have been a substantial structure at the time of its construction, particularly given its then isolated location. In its roof form, chimneys, external brick walls and generous setback from the street, the property retains much of its original presentation. The angled chimney is a particularly early element, providing an indication of the building's early date of construction.