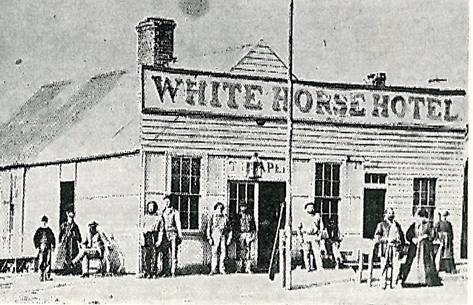 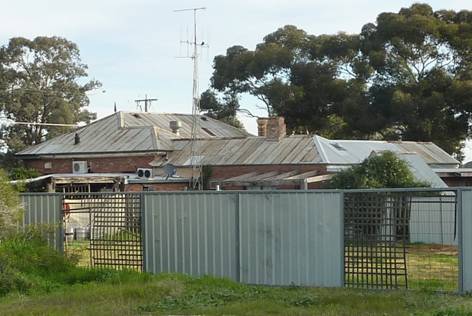 The Little Sebastian Hotel, built 1879-80, is a symmetrical single-storey hotel of bi-chrome brick construction located on Sebastian's main street, opposite the Frederick the Great Mine. The richly detailed south elevation is distinguished by a tall, central gable in the hipped roof. The gable end has an oculus vent; a plaster panel in the form of a cartouche, reading 'Little Sebastian Hotel'; a finial; and intricately fretted barge boards in the Carpenters' Gothic tradition.

The Little Sebastian Hotel, built 1879-80, is of local historical, social and aesthetic/architectural significance.

The Little Sebastian Hotel is historically significant (Criterion A) as a prominent commercial building located on Main Street, Sebastian, facing the long-running and highly productive Frederick the Great Mine. The hotel contributes to the surviving evidence of Sebastian's gold producing heyday in the latter decades of the nineteenth century. In the 1890s the Little Sebastian was one of four hotels in the township; today it is the only survivor, and one of few still operating hotels in the area with gold rush-era origins. It is also the last remaining commercial building in the original centre of Sebastian. The hotel additionally derives significance from its association with the earlier White Horse Hotel (c. 1860s, demolished 1870s), on which site it is located. The Little Sebastian Hotel is of social significance (Criterion G) in the local context as place of meeting and congregation for the Sebastian community since 1879. The building's social significance is enhanced by its rich architectural detailing and location opposite the Frederick the Great Mine on the heart of the township. The association (Criterion H) with Francis Harritable is additionally of note. Harritable, a Spanish immigrant, constructed the hotel and was also a member of the consortium which established the Fredrick the Great mine in 1864. Harritable became a prominent member of the local community, and his sons farmed the family land on Rothackers Road well into the twentieth century.

The Little Sebastian Hotel is also of aesthetic/architectural significance (Criterion E). The subject building, which has a high degree of intactness externally, has unusually rich detailing for a hotel on the Bendigo goldfields. Details of note include the tall central gable to the hipped roof; the oculus vent, intricately fretted barge boards in the Carpenters' Gothic tradition, and finial to the gable end; the timber posted verandah with timber frieze rail and cast iron lacework; and the contrasting cream brick quoining to the building's corners and window and door surrounds. This somewhat exuberant design could be seen to reflect the confidence and prosperity of Sebastian at the height of the gold rush. The building is also unusual in that it does not conform to the prevailing Bendigo goldfields convention of hotels of low, spreading proportions, with parapeted frontages and no verandahs.