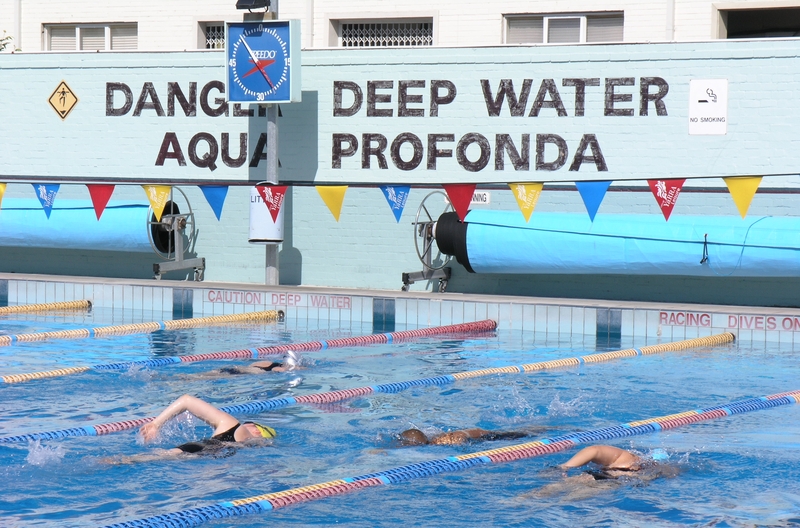 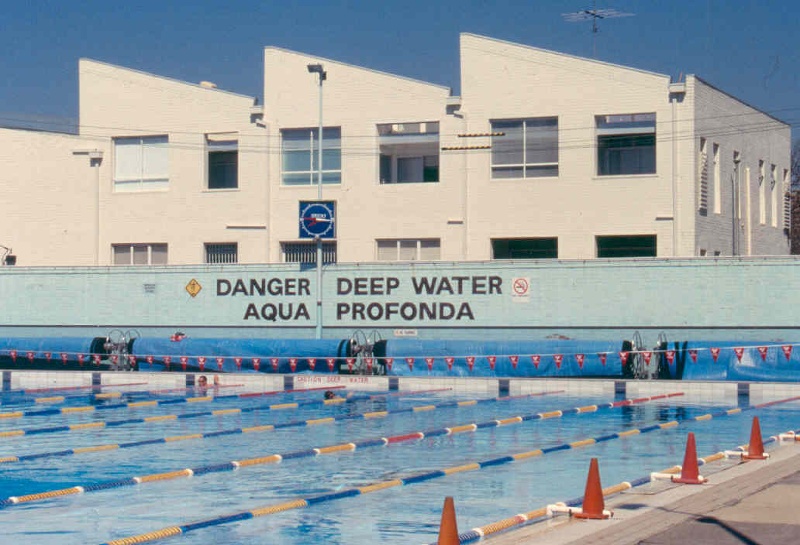 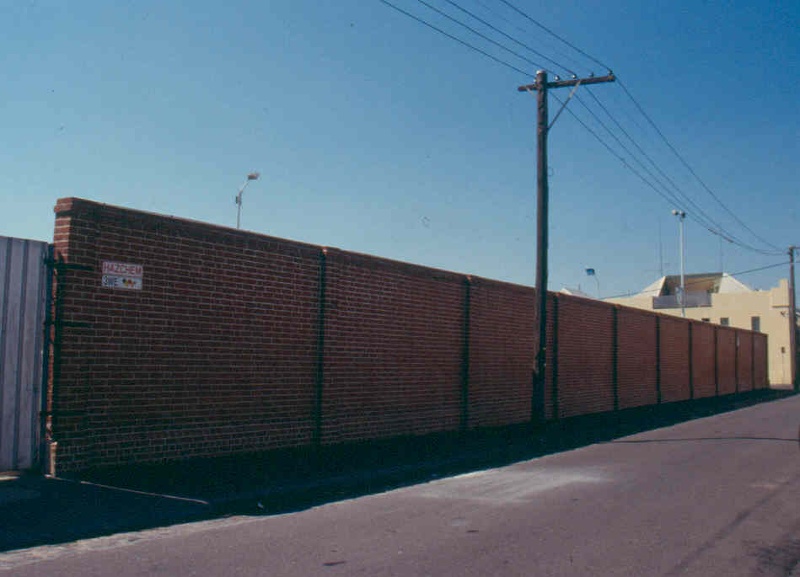 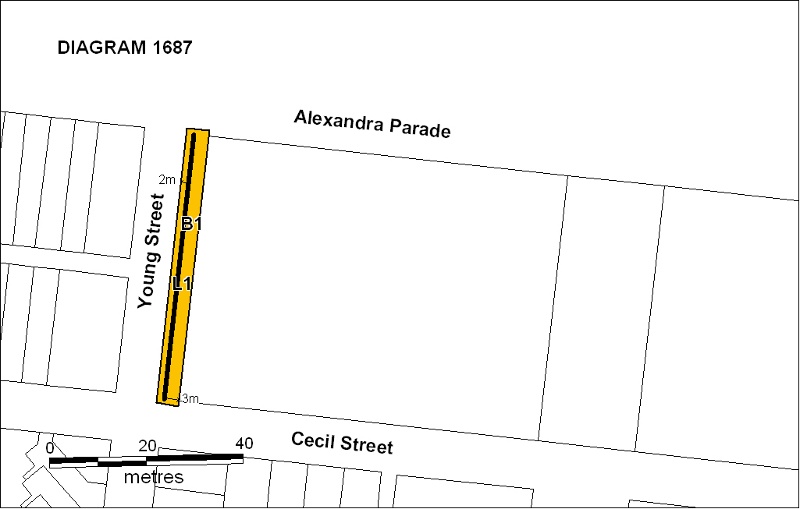 What is significant?
The Fitzroy Baths opened in 1908 with a men's pool described as the largest in Victoria measuring 175 ft by 80 ft and, separated by a wall, a women's pool measuring 76 ft by 30 ft. The Baths were Monier reinforced concrete structures designed and built under the supervision of Sir John Monash. Although the pools have been altered, they retain their original configuration with what was originally the women's pool now used as the children's pool. At the deep end of the main pool the words 'DANGER DEEP WATER' and underneath 'AQUA PROFONDA' are painted in black on the brick wall which runs along Young Street.

The sign was painted c. 1953-54 at the initiative of the pool manager, James Murphy, who was constantly rescuing migrant children from the deep end of the pool. Mr Murphy asked an Italian friend what the words for "deep water" were in Italian and had them painted at the deep end. "Aqua" is actually a misspelling of the Italian word: the correct spelling is "acqua" ("aqua" is the Latin spelling).

How is it significant?
The 'Aqua Profonda' sign is of social and historical significance to the State of Victoria.

Why is it significant?
The sign has social significance as a highly valued feature of inner Melbourne. The sign achieved iconic status through its appearance in the 1977 Helen Garner novel Monkey Grip and the subsequent film where the 'Aqua Profonda' sign served as a metaphor for the tempestuous relationship of the main protagonists. The importance of the sign and the pool to a wide community became evident during the highly successful Save Our Pool campaign of 1994-95 when the pool was threatened with closure by the City of Yarra commissioners. This campaign is often cited by writers and academics as a case study for successful grassroots campaigns.

The sign has historical significance for its associations with the post-war migration program which had such a profound impact on the Victorian community. The sign is indicative of the changing demographics of post-World War Two inner Melbourne when migrants replaced a segment of the population who moved to the outer suburbs. The sign demonstrates one way in which migrants were becoming accepted as part of the community and as such is a rare tangible example of a public acknowledgement of the cultural impact of the mass migration program. The sign is symbolic of the pool as a place where the diverse population of inner Melbourne could mingle on equal terms.