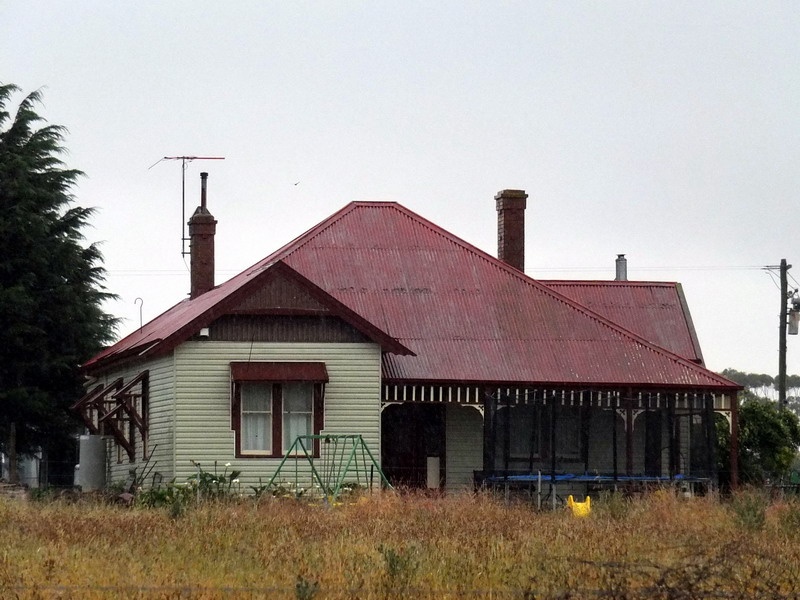 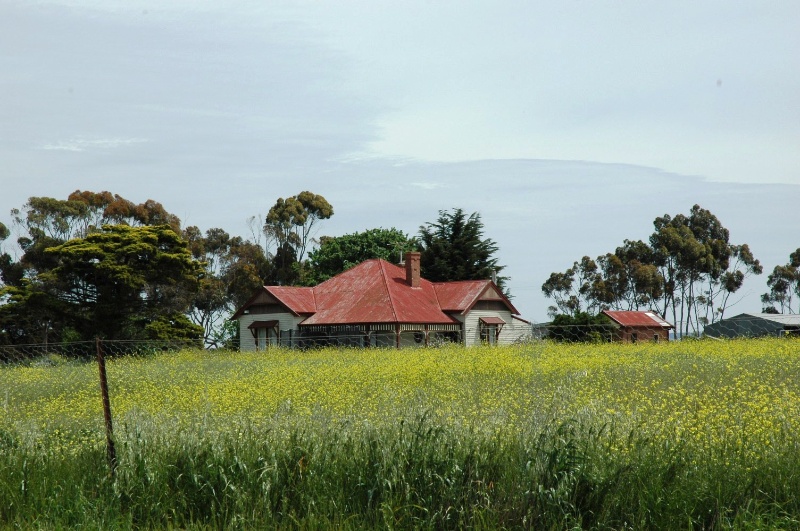 "Roselea" at 450 Staceys Road, Anakie, has significance as an historical legacy of the well-known and successful mixed farming enterprise established by the Leigh brothers from 1911 as a result of the Marathon Estate subdivision, and as a moderately intact example of the small number of Federation styled dwellings in the Lara area. The property was developed by Albert, Frederick and Rowland Leigh, farmers of Ceres, with the Federation styled dwelling constructed in 1913 as a home of the newly married couple, Frederick Leigh and his wife, Ethel. The success of the mixed farm at "Roselea" was reported in the local and Melbourne press from 1916 and in addition, Frederick and Ethel contributed much to community life. Although the metal wall cladding has been introduced at "Roselea", the original Federation design qualities are clearly discernible. They include the asymmetrical composition, prominent, steeply-pitched hipped roof and projecting minor gabled wings at the front and side linked by a return verandah formed under the main roof, lapped and red painted galvanised corrugated steel roof cladding, face brick chimneys, modest eaves, timber verandah posts and fretwork valances, timber framed doorway with sidelight, timber framed double hung windows and the bracketed timber window hood at the front. Overall, the dwelling appears to be in fair condition and of moderate integrity when viewed from the road. The small gabled outbuilding immediately at the rear of the dwelling also contributes to the significance of the place.

"Roselea" at 450 Staceys Road, Anakie, is historically and architecturally significant at a LOCAL level.

"Roselea" at 450 Staceys Road is historically significant for its associations with the Leigh brothers of Ceres, and particularly Frederick Leigh and his wife, Ethel, who established a highly successful mixed farm from 1911 (Criteria A & H). The success of both the cropping and sheep grazing at "Roselea" was reported in the local and Melbourne press from the early 20th century. In 1913, the existing timber Federation styled dwelling was constructed for the newly married Frederick and Ethel Leigh. They contributed much to local community life, including Frederick being a Councillor with the Corio Shire Council between 1924 and 1948. "Roselea" is also a surviving historical legacy of newly created farms made available in the area during the Federation era as a result of the Marathon Estate subdivision of 1911.