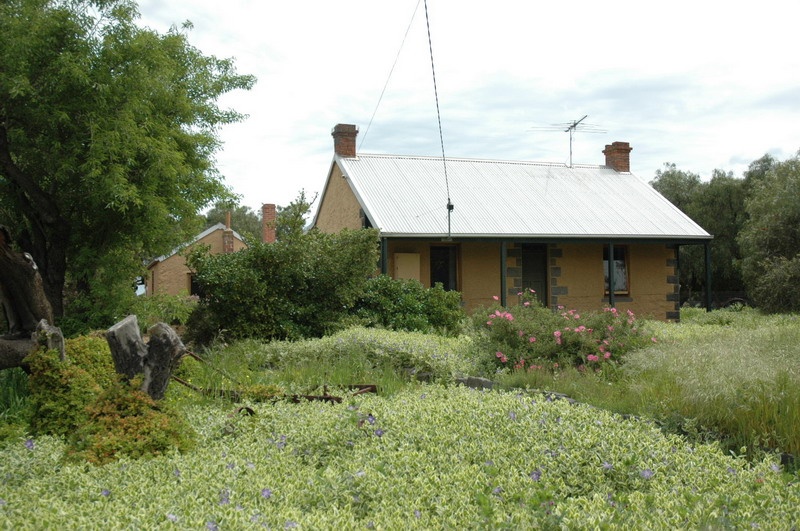 The cottage at 85 Curletts Road, Lara, has significance for its associations with early farming developments in the Lara area from 1869, and particularly with William Harding (c.1833-1917), one of Lara's early farmers and builders. It was not until 1874 when he constructed the existing limestone dwelling and attached stone dairy and he occupied the property from January 1875. Harding's acquisition of the land was a consequence of the 42nd Clause of the amended Land Act that came into force in 1869. The Act enabled 'small selectors' to obtain freehold over a three or seven year period, so long as the land was cultivated and improved, and a permanent residence constructed. Harding purchased the land outright on 21 December 1875. He was one of the few builders in the locality in the 19th century. The existing cottage is a physical legacy of Harding's working life at Lara, and one of a small number of surviving Victorian vernacular styled dwellings in the area, all of which have experienced alterations. The significant fabric associated with the Harding era is defined to the front gabled portion, with its symmetrical composition, single storey height, limestone wall construction with bluestone quoinwork, front verandah that projects as an extension of the main roof, face brick chimneys, and the central front doorway and flanking window openings (the door and windows have been introduced), rear skillion wing and attached rear gabled wings also of limestone construction (including the dairy). The cottage appears to be in good condition when viewed from the road, although there is evidence of deterioration in the top of the northern chimney. The cottage is also one of a small number of surviving Victorian vernacular styled dwellings in the Lara area, all of which have experienced alterations.

The cottage at 85 Curletts Road, Lara, is historically significant at a LOCAL level.

The cottage at 85 Curletts Road, Lara, is historically significant for its associations with 19th century farming developments and particularly with William Harding (c.1933-1917), early farmer and local builder who constructed the existing dwelling and rear dairy outbuilding in 1874, a consequence of Section 31 and the 42nd Clause of the amended Land Act of 1869 (Criterion A). Harding carried on farming and more particularly his building business at Lara until his retirement in 1907. While the dwelling has been altered, it is one of a small selection of Victorian vernacular cottages that are an historical legacy of Lara's early post-European contact beginnings. All of these other dwellings have also been altered.