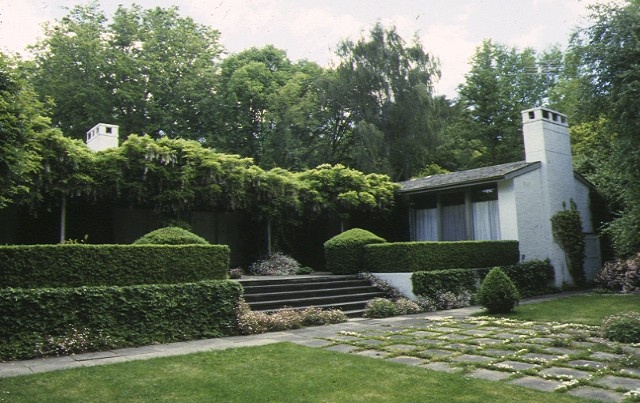 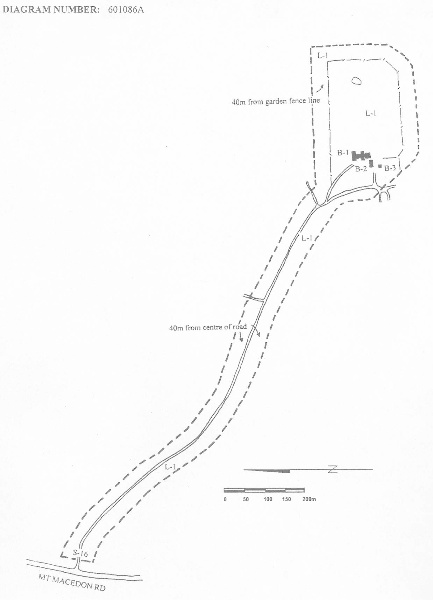 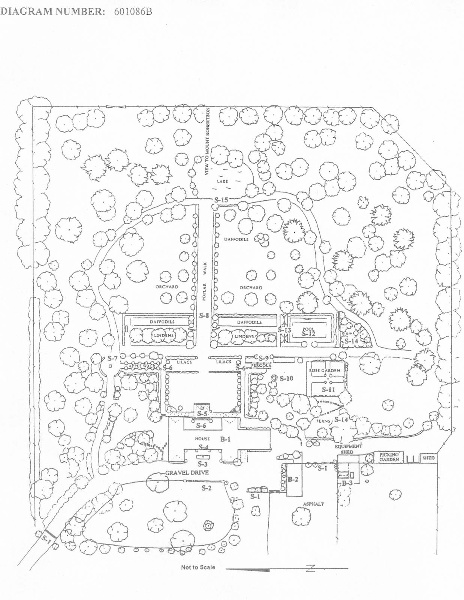 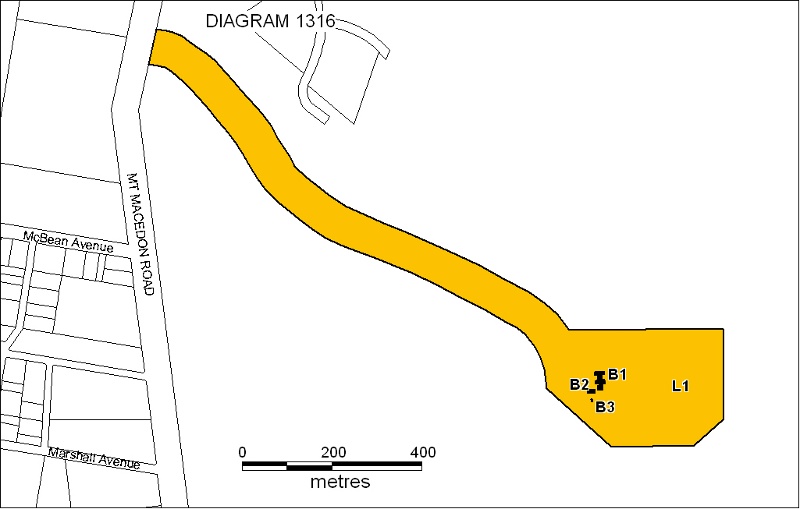 The property known as Bolobek occupies parts of two former pastoral runs, Turitable and Wooling which were settled from 1839. In 1911, the property and adjoining land was purchased by Oswald Syme, son of the David Syme owner and editor of the Age newspaper. He renamed the property Bolobek and on a new site built a three story mansion and established a magnificent garden of 5 acres including half an acre of orchard. There was a 9 hole golf course, croquet lawn, tennis court and swimming pool. The trout hatchery site was flooded to form Syme's lake.

After Syme's death, his descendent Mrs Nancy Neill sold Bolobek in 1969 to (Sir) Robert Law-Smith, Company Director of Qantas and BHP, and grazier. The Edwardian brick house was demolished and a single story house designed by John and Phyllis Murphy was erected in 1970. Joan Law-Smith, author, artist and gifted plantswomen removed trees and created a garden of geometrically shaped compartments with three main axes paths radiating from a central square shaped lawn adjacent to the house and a grand vista framed by Italian Poplars towards Mount Robertson.

Bolobek is of aesthetic, architectural, historic and horticultural importance to the State of Victoria

Bolobek is of historic significance as an outstanding example of a modern formal garden style incorporating geometrically shaped compartments, axial paths with terminal features, and for the axial associations with the house and room plan. The garden is important for demonstrating a creative design style as an overlay on an earlier garden layout. Bolobek is also significant for its ownership by one of Victoria's leading businessmen and the creation of the garden by Joan Law-Smith, a gifted plantswomen and garden designer, artist and writer.

The house designed by John and Phyllis Murphy, is of architectural importance. It is a simple yet elegant and well-mannered house, designed to reflect the symmetry of the garden and to maximise the views of the garden from the house. The use of white bagged brickwork to the house, garage and fence, silvergrey-stained timber, and grey slate roof and white gravel courtyard also fits well with the predominantly white planting theme of the surrounding garden. The garage and gateway are also simple yet elegant.